GPG is the international power generation arm of Naturgy Energy Group – a leading multinational group in the energy sector and the largest integrated gas and electricity company in Spain and Latin America.

The group's Berrybank 1 Wind Farm is in south-west Victoria, in the Western Plains region about 130km from Melbourne, within the Corangamite and Golden Plains local government areas.

The wind farm consists of 43 wind turbines with an installed power capacity of 180 MW capable of generating 644 GWh/year, equivalent to the electricity to supply 138,000 homes.

It’s one of six development projects in Victoria to support achievement of the Victorian State Government’s Victorian Renewable Energy Targets (VRET) (awarded in the VRET 1 auction), which aim for 50% of energy through renewable sources by 2030.

David Santo Tomás, Project Director of the Berrybank 1 Wind Farm, said the Innovation and Entrepreneurship Program that is being developed with RMIT responds to a strong commitment to communities in the surrounding area, and is one of several community engagement initiatives that Berrybank 1 Wind Farm will launch and promote during its operations phase.

“Open to the local community, our aim is to support an intergenerational ecosystem of existing, emerging and aspiring entrepreneurs interested in launching and running new businesses,” he said.

“We’re pleased to be collaborating with RMIT for the delivery of this exciting initiative.” 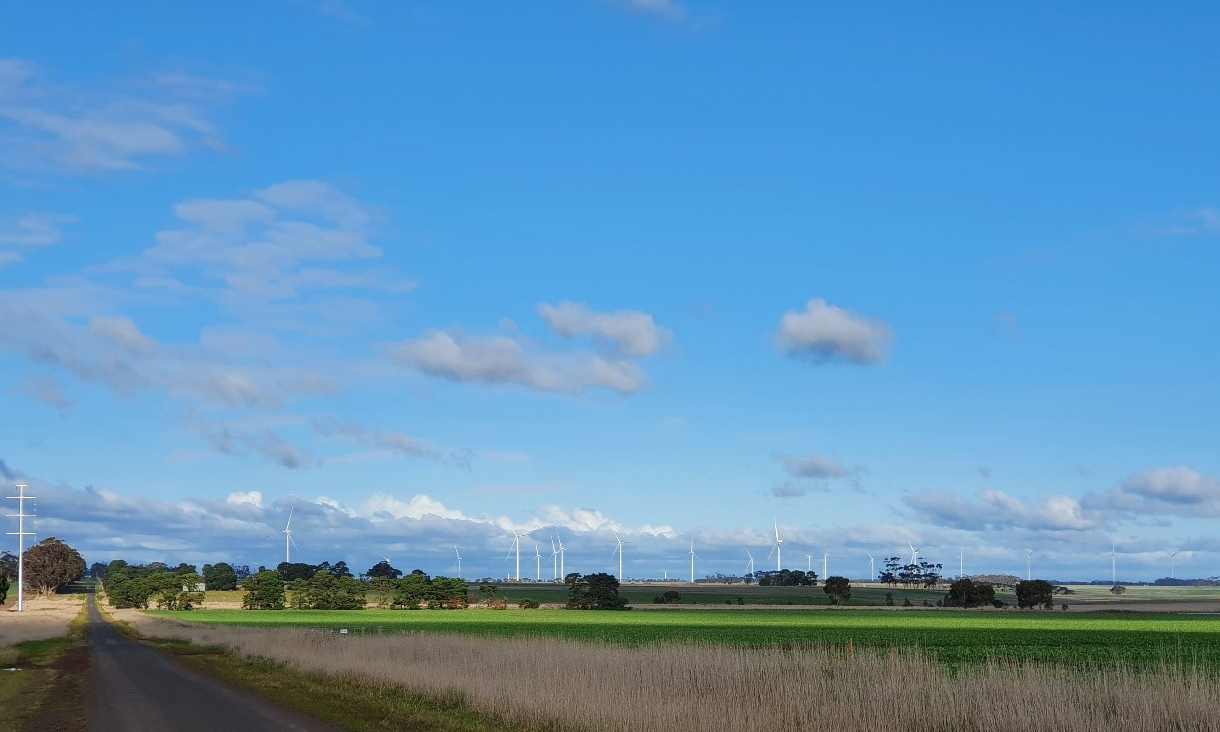 The Berrybank 1 Wind Farm is in south-west Victoria, in the Western Plains region about 130km from Melbourne, within the Corangamite and Golden Plains local government areas. Image: GPG

Tom Bentley, Executive Director Policy, Strategy and Impact at RMIT University, said the new collaboration aligns with RMIT’s mission to make a positive economic and social contribution to the people, communities and countries where it operates.

“Delivered by RMIT Activator, the program will see opportunities for members of the community to participate in a variety of entrepreneurship activation initiatives,” he said.

“This will include students at local high schools, people starting out new businesses as well as supporting existing businesses enter the digital economy,” he said.

RMIT Activator is the University’s growth engine for entrepreneurship and innovation with a focus on delivering experiences to build knowledge, capabilities and networks for future impact and success.

Matt Salier, RMIT Activator Director, said the new collaboration with Berrybank 1 Wind Farm is set to deliver the skills, opportunities and innovation to serve the needs of the local area.

“We look forward to collaborating with the community to deliver relevant and forward-looking capacity building initiatives – with a strong focus on co-creation to enable and empower the community,” he said.

RMIT Activator worked with RMIT Europe – the University’s European hub in Barcelona – in the development and design of the program.

RMIT and GPG’s engagement and consultation with the community kicked off in 2021 – learn more about Berrybank 1 Wind Farm’s Community Engagement and Benefits Sharing Plan.