Biological metaphors for the city abound in daily use. You may live close to an “arterial” road or in the “heart” of a metropolis. You may work in one of the city’s “nerve centres” or exercise in a park described as the city’s “lungs”.

The ready use of such metaphors indicates an underlying naturalism in our thinking about the city. Naturalism is a belief that a single theory unites natural and social systems.

Historically, this way of thinking has helped us grapple with the complex urban predicaments. Today, as the world’s cities face new problems, fresh urban visions are needed again.

The effects of climate change, such as extreme heat, pose a direct challenge to cities. What’s more, climate change is prompting people to move to cities from rural areas, which puts pressure of urban infrastructure. So let’s look at how biological ideas are useful for building cities that can withstand these challenges.

The city as a body

During the 17th and 18th centuries, understanding of blood circulation and other bodily functions crystallised. This knowledge could be fed into an Enlightenment vision in which urban components mirrored the functions of different body parts.

He believed cities should be planned with the centre of government located at the “head” – the most noble part of the body. From an elevated position – metaphorically and sometimes physically – governments could both be protected, and surveil the rest of the city-body.

Countless medieval and renaissance cities include a citadel on a hill. But this type of city thinking culminated in the 20th century when the French-Swiss urban planner known as Le Corbusier conceived of a city with a decision-making “head”, separate from the residential and the industrial “bowels”.

This inspired new capitals such as Brasilia (Brazil), and Chandigarh (a state capital in northern India).

Historically, planners have also been inspired by understanding of a single organ. As shown in the image below, architect Pierre Rousseau designed the French city of Nantes with a centre that functioned as a “heart” and pumped goods and individuals through it.

But such biological and scientific thinking could also reinforce social divides.

During the 17th-century plagues in Florence and Rome, for example, the poor were considered lowly organs that attracted and even bred disease. As a result, they were locked down in hospitals away from the city – a move medical experts at the time likened to surgical removal of a weak part of the body. 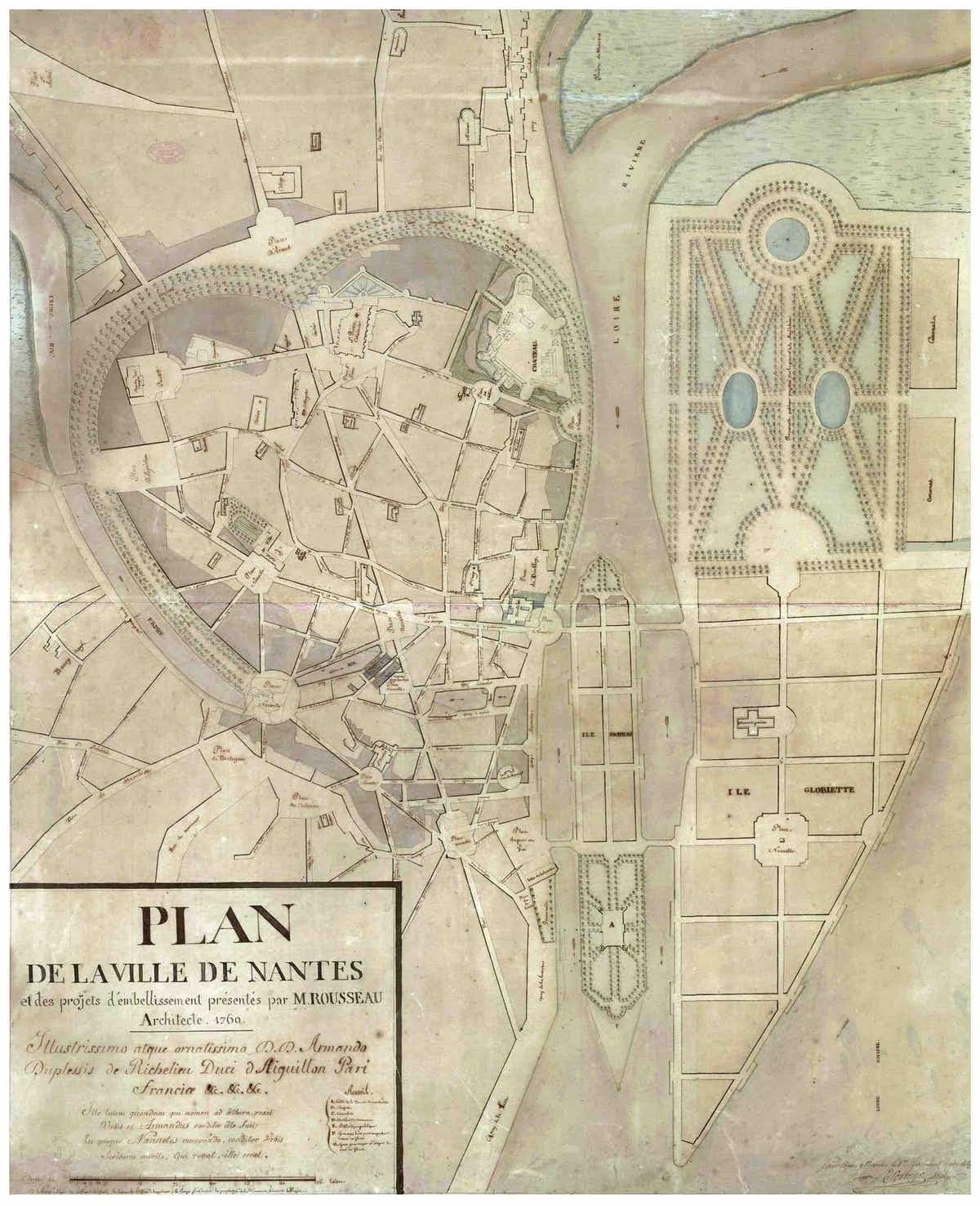 'Rousseau Pierre’s 1760 plan for the city of Nantes with a heart at the centre. Archives municipales de Nantes'

Cells of the city

The scientific discovery of the cell later produced a range of urban analogies in 20th century.

The below diagram shows the vision of upstate New York drawn by community planner Henry Wright in 1926. He envisaged a “tissue” of urban development which fed off clusters of recreational woodland, encouraging wholesome activity and good living for the suburbs’ residents. 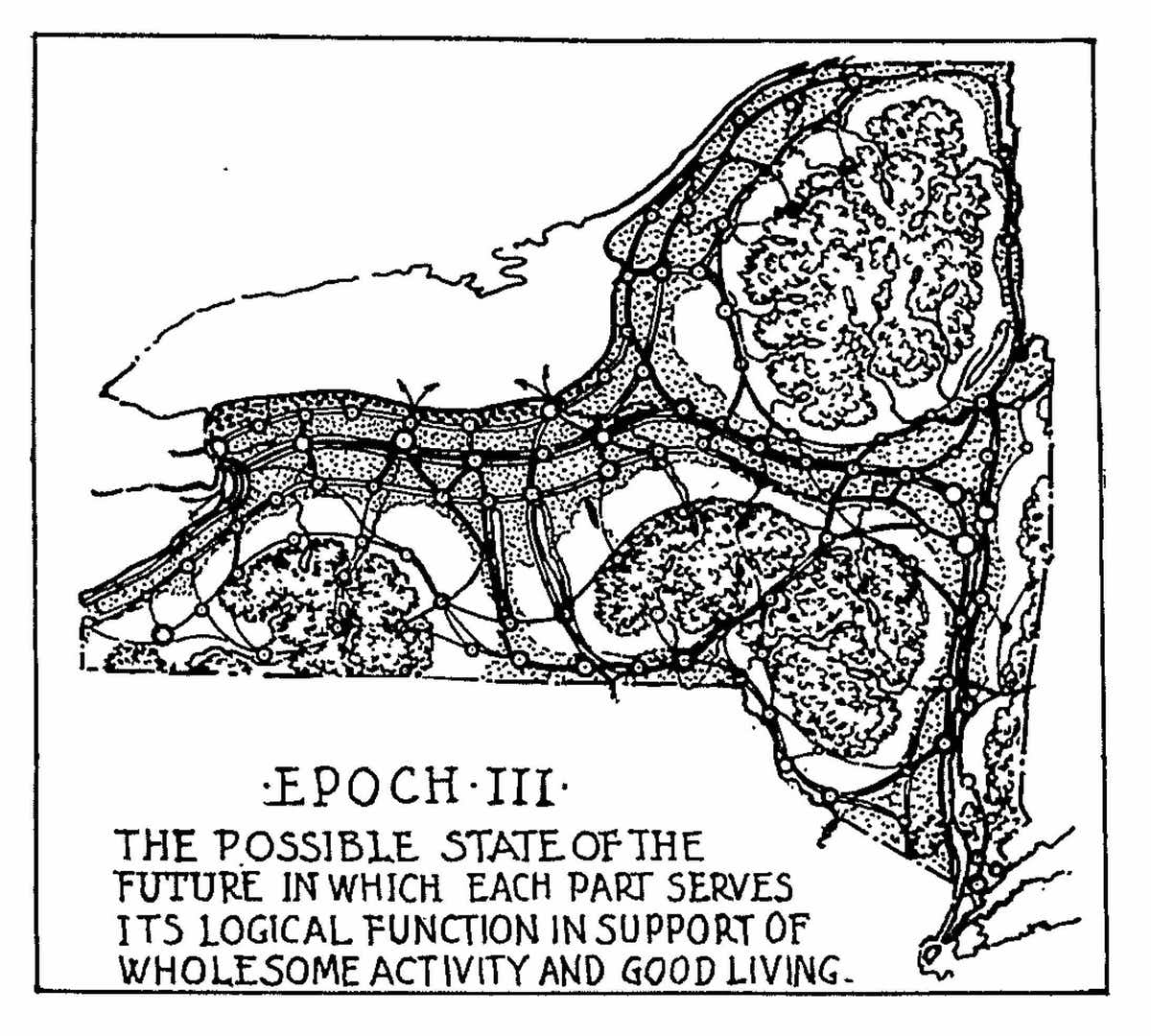 'Henry Wright was inspired by the idea of the city comprised of ‘cells’. Report of the State of New York Commission of Housing and Regional Planning (1926)'

For Finnish-American architect Eliel Saarinen, healthy communities were analogous to healthy cells. But this thinking had a flip side.

Saarinen believed slum areas in cities could be treated similarly to cancers – effectively “excised” by moving them out of the city centre to “revitalise” the urban centre. The poor and racial minorities bore the brunt of this thinking.

In a 2017 book, influential physicist Geoffrey West proposes that hidden laws govern the life cycle of everything from plants and animals to our cities.

Such thinking shows how naturalism in city planning remains relevant in the 21st century.

For further examples, we need look only to the concept of the “smart city”, in which a city’s performance in areas such as public transport flows and energy use is carefully monitored. This data can be used to make the city more “intelligent” – improving government services and citizen welfare, and producing indices such as walkscores and liveability.

Contemporary Belgian architect Luc Schuiten takes the concept of a living city to its logical extreme in his design for a “vegetative city”.

According to Schuiten, cities should be built not of materials but of products of a viable local ecosystem. This might mean first growing a native tree then constructing a building around it. 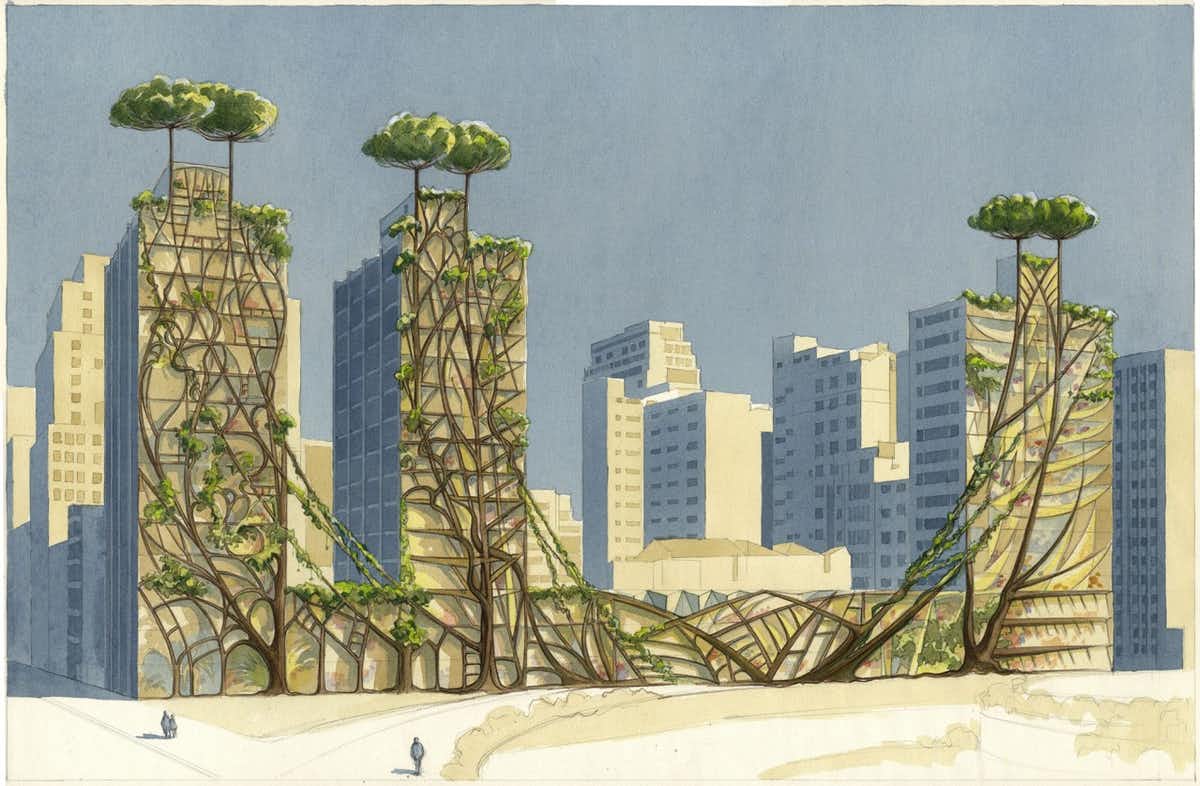 Description is not present for this image, Taking dc:title 'Schuiten proposed the idea of a ‘vegetative city’.'

Schuiten’s idea reflects ancient approaches in cities such the Yemen city of Sana'a, where high rise buildings are made from mud brick – a sustainable material suitable for the city’s hot climate. Schuiten takes this further, removing the agency of builders and giving it over to plants.

Naturalistic thinking provides us with a powerful set of visions for the good city of the future. But just as the naturalism of the 17th century was double-edged, so it is now.

For example, the rise of the smart city promises a great deal for citizens but delivers even more for big tech and corporations.

And as with any application of science, naturalistic thinking in contemporary cities must ensure marginalised and disadvantaged groups are protected and supported.

COVID-19 provides another reason to apply a more naturalistic approach to urban planning. Perhaps seeing the city as a living organism would have left authorities better placed to deal with the pandemic’s spread through urban centres.

And among the general population, a more naturalistic understanding of our urbanised selves may have meant decisions by governments and chief medical officers were easier to accept.

Marco Amati is the author of the recent book The City and Superorganism: a history of naturalism in urban planning

Inspired by the bacteria-killing wings of insects like cicadas, scientists have developed a natural antibacterial texture for use on food packaging to improve shelf life and reduce waste.