The research team says they have confirmed the existence of lonsdaleite, a rare hexagonal form of diamond, in ureilite meteorites from inside the dwarf planet.

Lonsdaleite is named after the famous British pioneering crystallographer Dame Kathleen Lonsdale, who was the first woman elected as a Fellow to the Royal Society.

One of the senior researchers involved, Professor Dougal McCulloch from RMIT, said the team predicted the hexagonal structure of lonsdaleite’s atoms made it potentially harder than regular diamonds, which had a cubic structure.

“This study proves categorically that lonsdaleite exists in nature,” said McCulloch, Director of the RMIT Microscopy and Microanalysis Facility.

“We have also discovered the largest lonsdaleite crystals known to date that are up to a micron in size – much, much thinner than a human hair.”

The team says the unusual structure of lonsdaleite could help inform new manufacturing techniques for ultra-hard materials in mining applications. 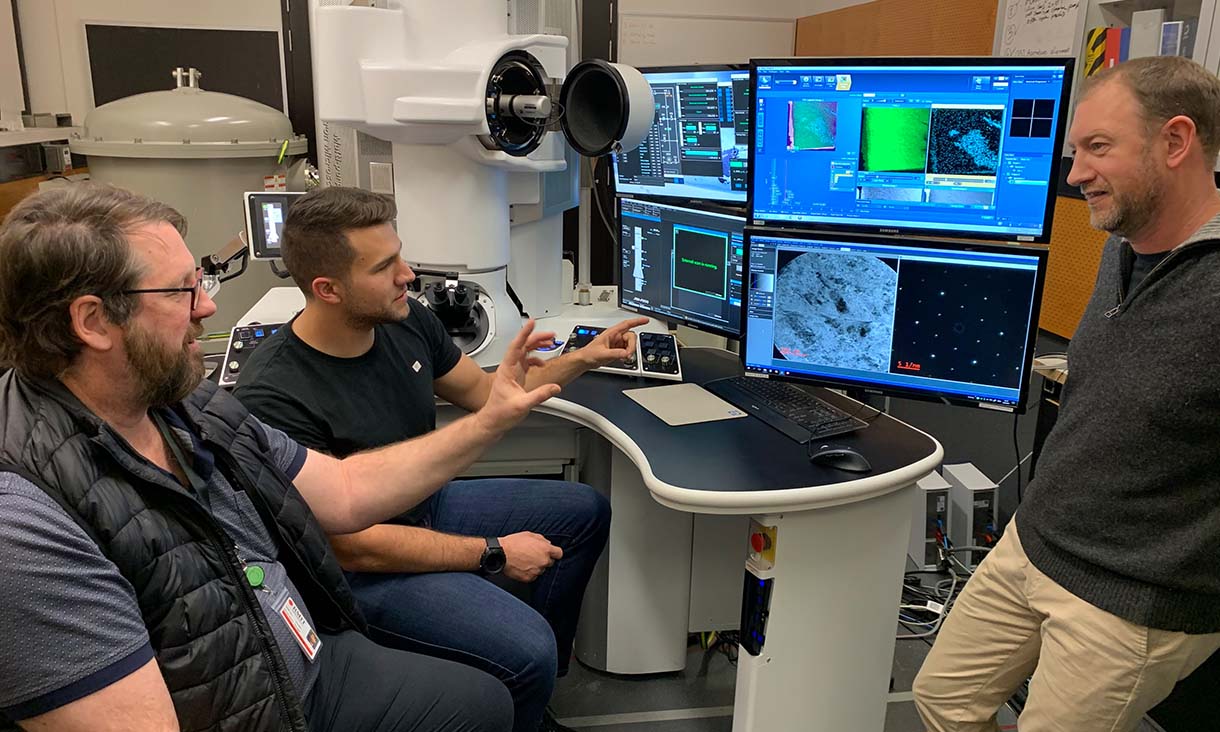 What’s the origin of these mysterious diamonds?

“There’s strong evidence that there’s a newly discovered formation process for the lonsdaleite and regular diamond, which is like a supercritical chemical vapour deposition process that has taken place in these space rocks, probably in the dwarf planet shortly after a catastrophic collision,” McCulloch said.

“Chemical vapour deposition is one of the ways that people make diamonds in the lab, essentially by growing them in a specialised chamber.”

Tomkins said the team proposed that lonsdaleite in the meteorites formed from a supercritical fluid at high temperature and moderate pressures, almost perfectly preserving the shape and textures of the pre-existing graphite.

“Later, lonsdaleite was partially replaced by diamond as the environment cooled and the pressure decreased,” said Tomkins, an ARC Future Fellow at Monash University’s School of Earth, Atmosphere and Environment.

“Nature has thus provided us with a process to try and replicate in industry. We think that lonsdaleite could be used to make tiny, ultra-hard machine parts if we can develop an industrial process that promotes replacement of pre-shaped graphite parts by lonsdaleite.”

Tomkins said the study findings helped address a long-standing mystery regarding the formation of the carbon phases in ureilites.

The power of collaboration

CSIRO’s Dr Nick Wilson said the collaboration of technology and expertise from the various institutions involved allowed the team to confirm the lonsdaleite with confidence.

At CSIRO, an electron probe microanalyser was used to quickly map the relative distribution of graphite, diamond and lonsdaleite in the samples.

“Individually, each of these techniques give us a good idea of what this material is, but taken together – that’s really the gold standard,” he said.

‘Sequential Lonsdaleite to Diamond Formation in Ureilite Meteorites via In Situ Chemical Fluid/Vapor Deposition’ is published in the Proceedings of the National Academy of Sciences (PNAS) (DOI: 10.1073/pnas.2208814119).

A new screening test App could help advance the early detection of Parkinson’s disease and severe COVID-19, improving the management of these illnesses.

Unfolding the mysteries of the brain

PhD researcher Ryan Hickmott is using ferret stem cells to grow organoids, which are like miniature brains, to help us better understand the human brain and how we could protect it from degenerative diseases.

A team of three RMIT students have been named the 2022 national winners of the James Dyson Award and received an Australian Good Design Award.