The technology uses nano-sized particles of magnetic liquid metal to shred bacteria and bacterial biofilm – the protective “house” that bacteria thrive in – without harming good cells.

Published in ACS Nano, the research led by RMIT University offers a groundbreaking new direction in the search for better bacteria-fighting technologies.

Antibiotic resistance is a major global health threat, causing at least 700,000 deaths a year. Without action, the death toll could rise to 10 million people a year by 2050, overtaking cancer as a cause of death.

The biggest issues are the spread of dangerous, drug-resistant superbugs and the growth of bacterial biofilm infections, which can no longer be treated with existing antibiotics. 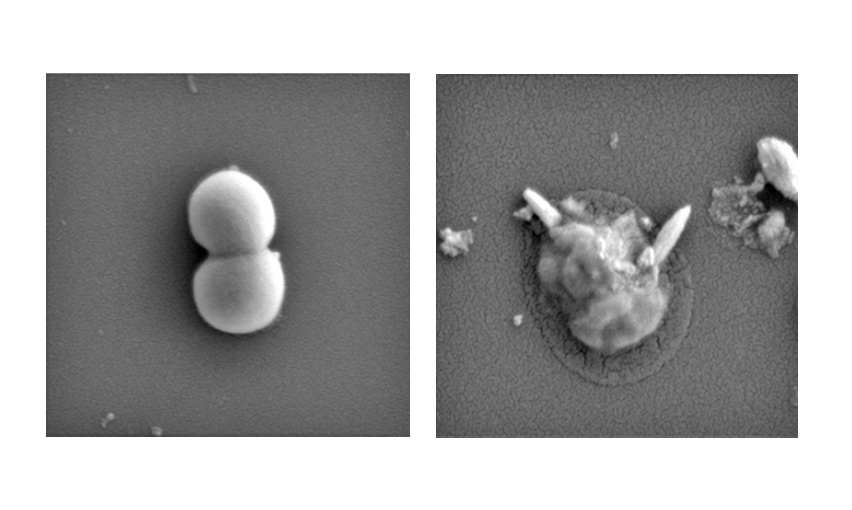 Golden Staph bacteria before (left) and after (right) exposure to the magnetic liquid metal nanoparticles. In the images, magnified 70,000 times, sharp pieces of liquid metal particle can be seen physically disrupting the bacteria after treatment.

Dr Aaron Elbourne said antibiotics had revolutionised health since they were discovered 90 years ago but were losing effectiveness due to misuse.

“We’re heading to a post-antibiotic future, where common bacterial infections, minor injuries and routine surgeries could once again become deadly,” Elbourne, a Postdoctoral Fellow in the Nanobiotechnology Laboratory at RMIT, said.

“It’s not enough to reduce antibiotic use, we need to completely rethink how we fight bacterial infections.

“Bacteria are incredibly adaptable and over time they develop defences to the chemicals used in antibiotics, but they have no way of dealing with a physical attack.

smash through the biofilm where bacteria live and multiply.

“With further development, we hope this technology could be the way to help make antibiotic resistance history.”

The RMIT team behind the technology is the only group in the world investigating the antibacterial potential of magnetic liquid metal nanoparticles.

When exposed to a low-intensity magnetic field, these nano-sized droplets change shape and develop sharp edges

When the droplets are placed in contact with a bacterial biofilm, their movements and nano-sharp edges break down the biofilm and physically rupture the bacterial cells.

In the new study, the team tested the effectiveness of the technology against two types of bacterial biofilms (Gram-positive and Gram-negative).

After 90 minutes of exposure to the liquid metal nanoparticles, both biofilms were destroyed and 99% of the bacteria were dead. Importantly, laboratory tests showed the bacteria-destroying droplets did not affect human cells. 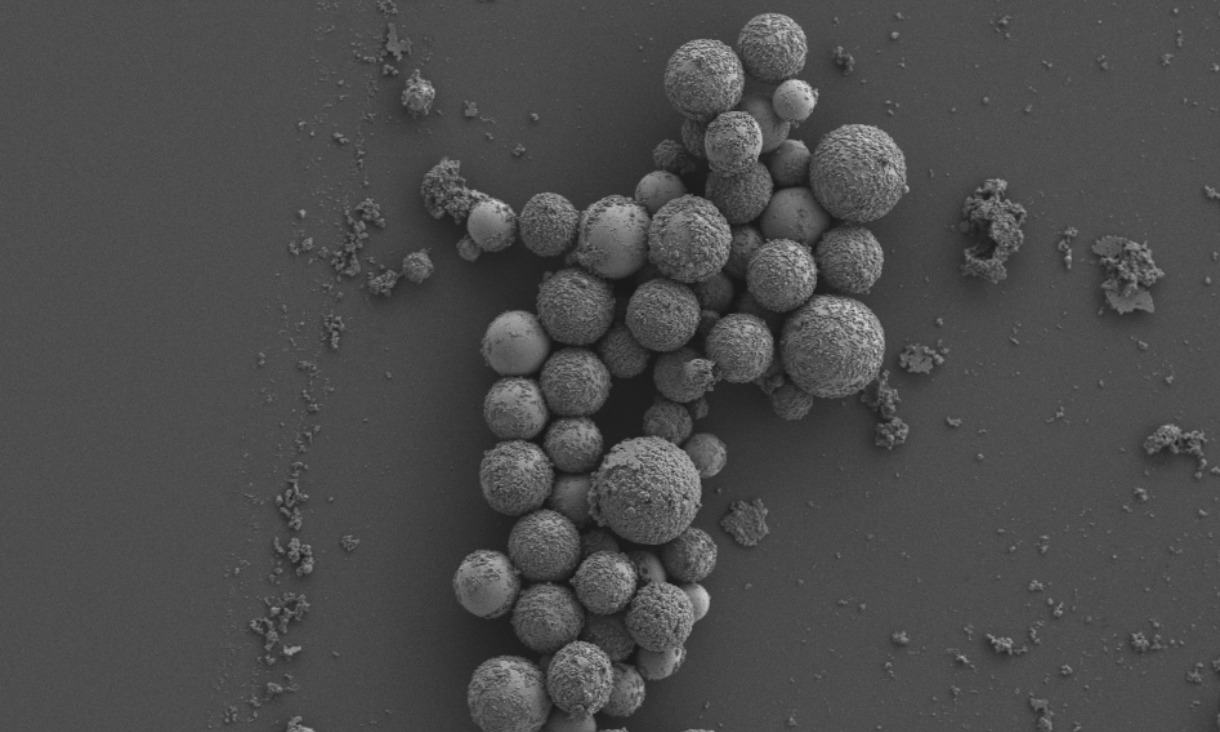 Postdoctoral Fellow Dr Vi Khanh Truong said the versatile technology could one day be used in a range of ways to treat infections.

“It could be used as a spray coating for implants, to make them powerfully antibacterial and reduce the high rates of infection for procedures like hip and knee replacements,” said Truong, currently at North Carolina State University on a Fulbright Scholarship to further the research.

“There’s also potential to develop this into an injectable treatment that could be used at the site of infection.”

The next stage for the research - testing the effectiveness of the technology in pre-clinical animal trials - is already underway, with the team hoping to move to clinical human trials in coming years.

Led by Truong, Elbourne and Dr James Chapman, the multi-disciplinary team is also planning to expand the technology beyond antibacterial treatment, exploring how it could be used to: 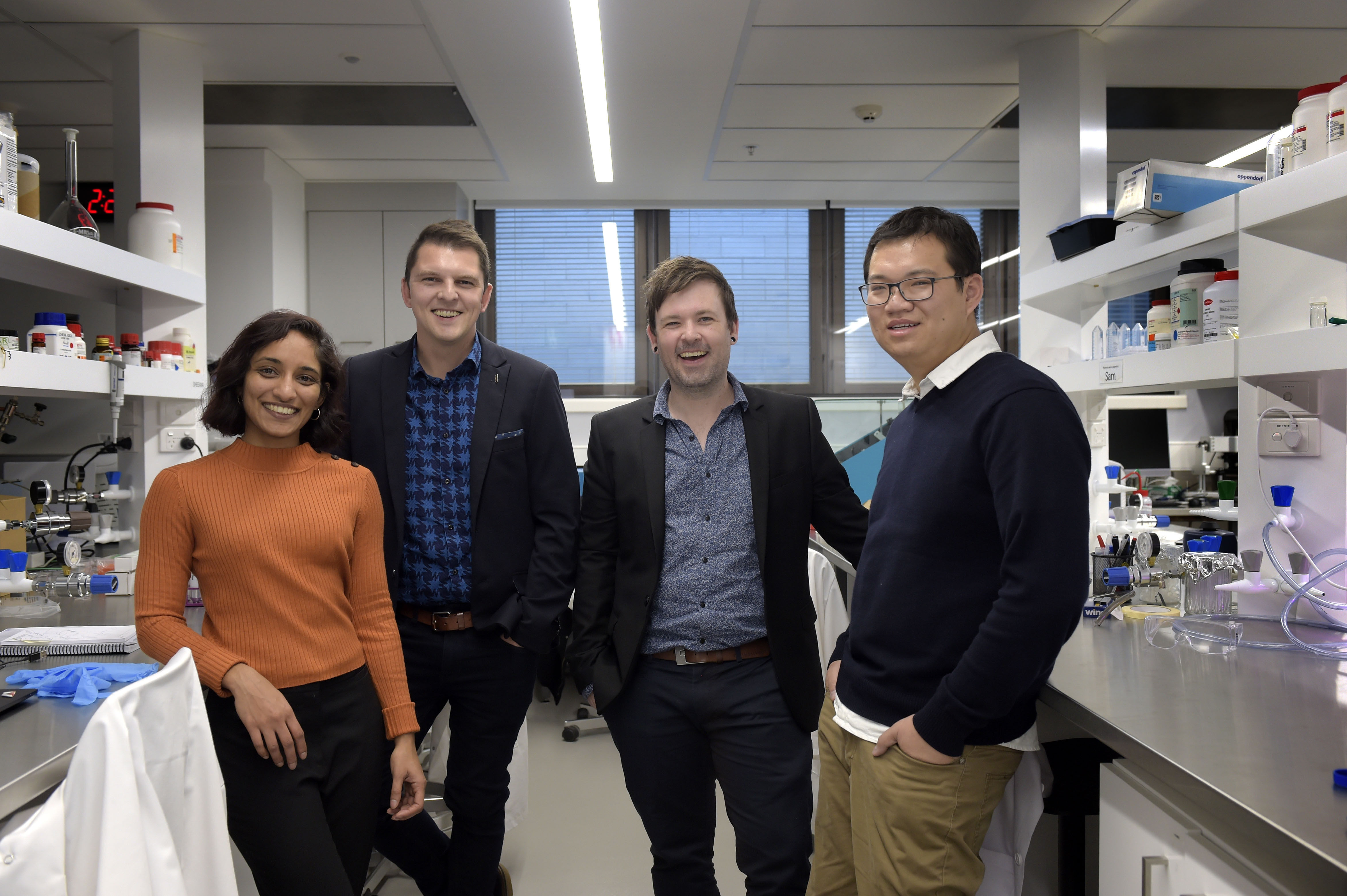 The research was supported by the CASS Foundation, the Australian-American Fulbright Commission and the Jack Brockhoff Foundation. Find out how to donate and support further development of this groundbreaking technology.