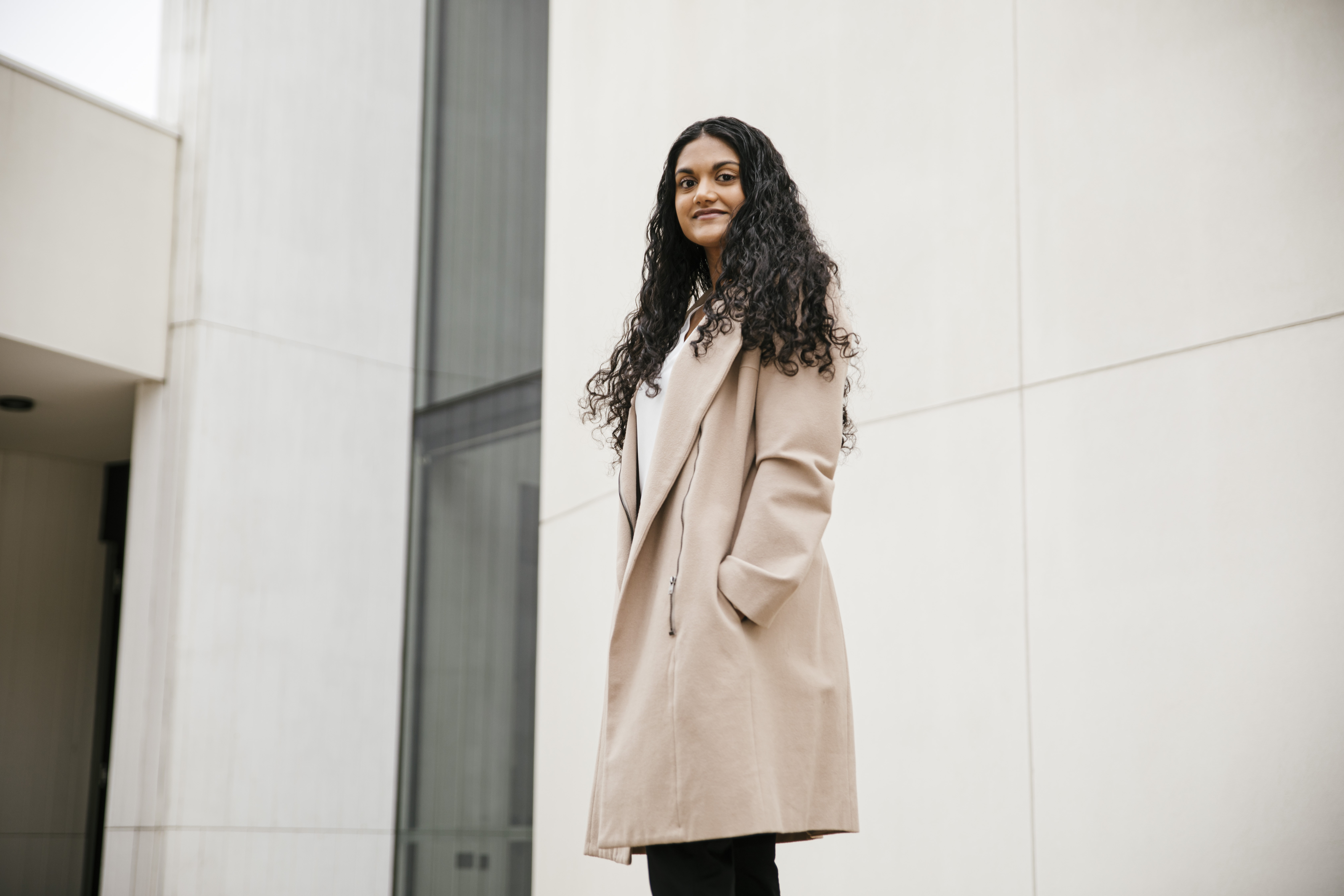 Runu’s attraction to health science bloomed as she grew up on a farm near Portland, Victoria. “When I was a kid, I always had an interest in the human body, so I thought I might want to do something with that in the future.

"On a farm, you get to experience things that most kids in the city, or even in town, don’t get to experience. It makes you more aware of what’s going on in your farm animals and in yourself.”

Her passion strengthened when she got her first job working at the local pharmacy. “Having that drug knowledge and interacting with patients, and just seeing what it was all about, was really good to get a firsthand insight. That’s when I decided to turn my love for health into a career.”

The decision to study her pharmacy degree at RMIT came easily. “I came to Open Day, saw the Bundoora campus, and it was beautiful, and the staff were so helpful. Everyone was lovely. It was just really good vibes.”

A scholarship that helps students from rural and remote communities study pharmacy also helped Runu along the path to RMIT. “One of my highlights at RMIT was receiving the Pharmacy Guild of Australia’s Rural Pharmacy Scholarship Scheme. That helped me get financially set up and get me ready for study.”

Runu’s favourite parts about studying pharmacy at RMIT are its structure and its focus on practical learning. “It’s all laid out. It’s very straightforward, so you know what you’re doing. There’s no confusion, and it’s very logical.

“We’ve got a little mock dispensary with all the little mock medicine boxes, and we also have dispensing software that helps us practise and get our skills up for when we enter the workforce. I probably spend the most time on campus in either the library or the pharmacy rooms.”

Runu’s also thankful for the support she’s received from her teachers since day one. “If you need anything, they all have an open-door policy. So you can email them, call them up anytime if you have any struggles with assignments, and they’re also there for you outside of uni as well, so that’s really helpful.”

Going from life on the farm to life on campus was more nerve-racking for Runu’s family than Runu herself. “They were pretty nervous when they dropped me off. But Melbourne isn’t too far away, so I can drive down to Portland whenever I want. That’s been helpful.” 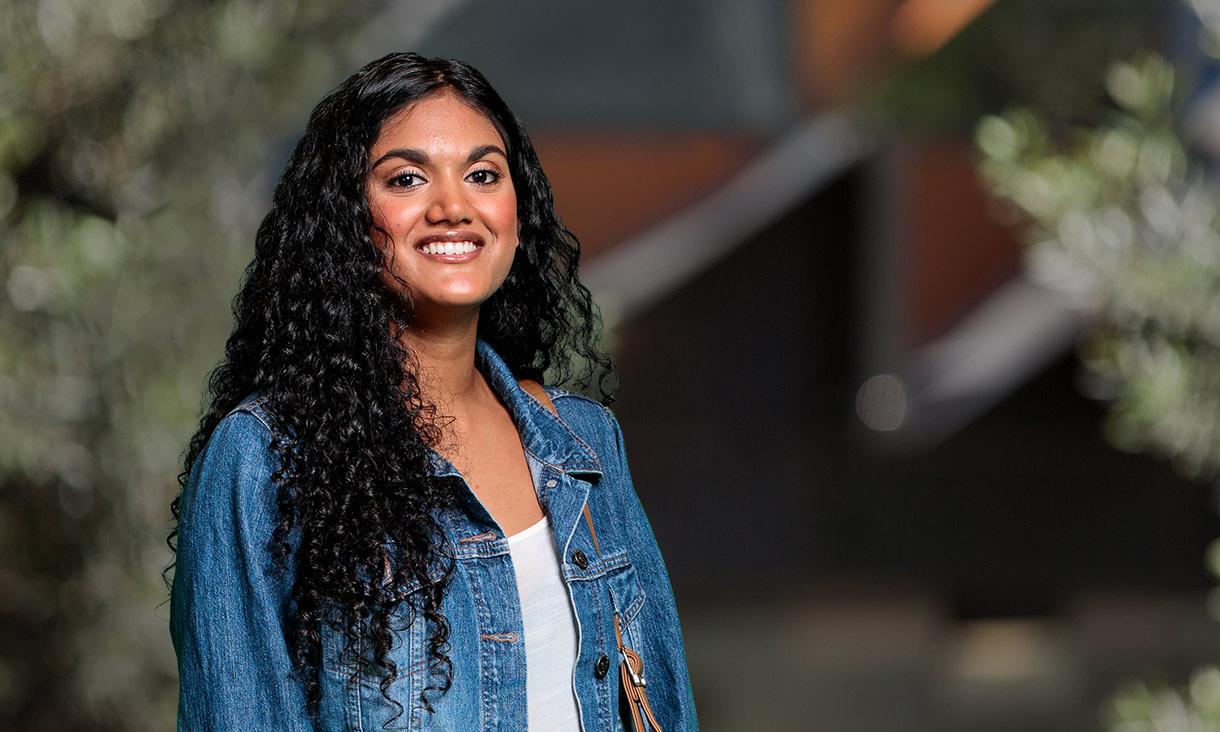 From the family farm to industry placements, Runu is setting herself up for success in the health industry. 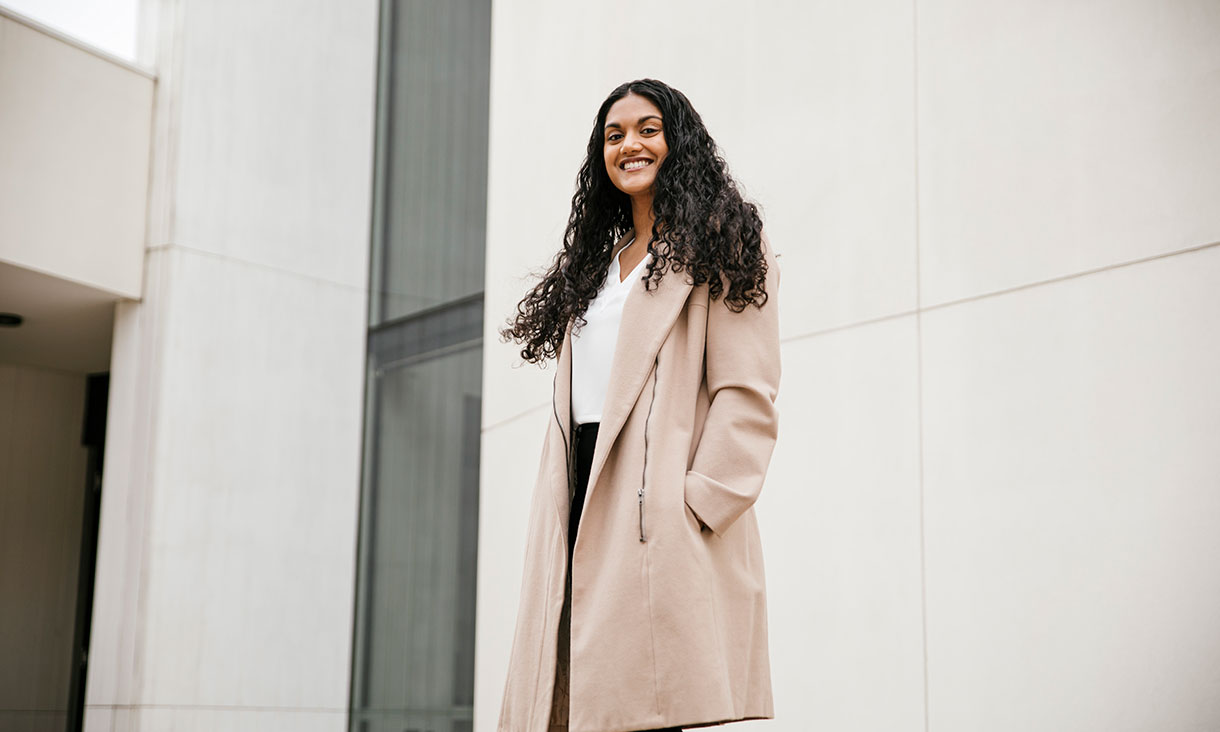 What's next for Runu Hann

Learn how Runu used her interest in pharmacy to help her find a career she'll love.

What's next for Runu Hann

Learn how Runu used her interest in pharmacy to help her find a career she'll love.

And the city-living experience has been life-changing. “Everything is a lot more accessible, which can be a good thing and a bad thing. I go back home and there’s no Uber Eats and I’m like, ‘What am I supposed to do now?’ And there are no dumplings in Portland.

“Living on campus is pretty amazing. There’s a real sense of community, but you also have time to go off and do your own thing.”

Getting out in nature is really important for Runu – as is being social and taking advantage of RMIT’s facilities to do the hobbies she loves. “Some of my favourite places to get out in nature on campus are the boardwalk at the front of campus or the netball courts, where I go and shoot some hoops.

“When I first came to RMIT, I got involved in the netball club. It was a great place to meet new people and get active. When I’m not playing netball or studying, I like to play piano. There’s a nice piano up on the second level above the cafeteria, which I go to sometimes, and when I’m not doing that, I’m reading.”

And when she’s not reading, Runu’s studying. She’s currently finishing her honours year, planning locum placements around the country and setting herself up for success in the health industry. “I want to finish my honours project, finish up my intern year and then work as a pharmacist across Australia.

“If I could give any advice to someone who was moving away from home and thinking about studying at RMIT, my advice would be to just do it. It’s great.”