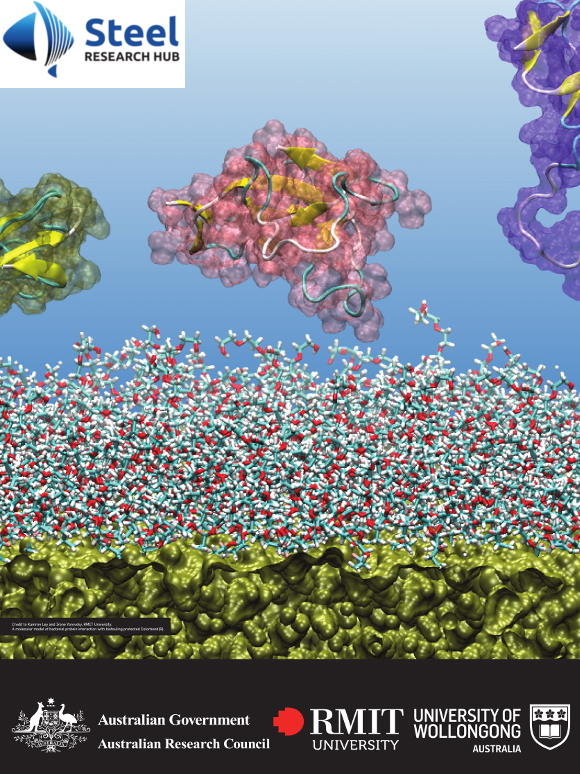 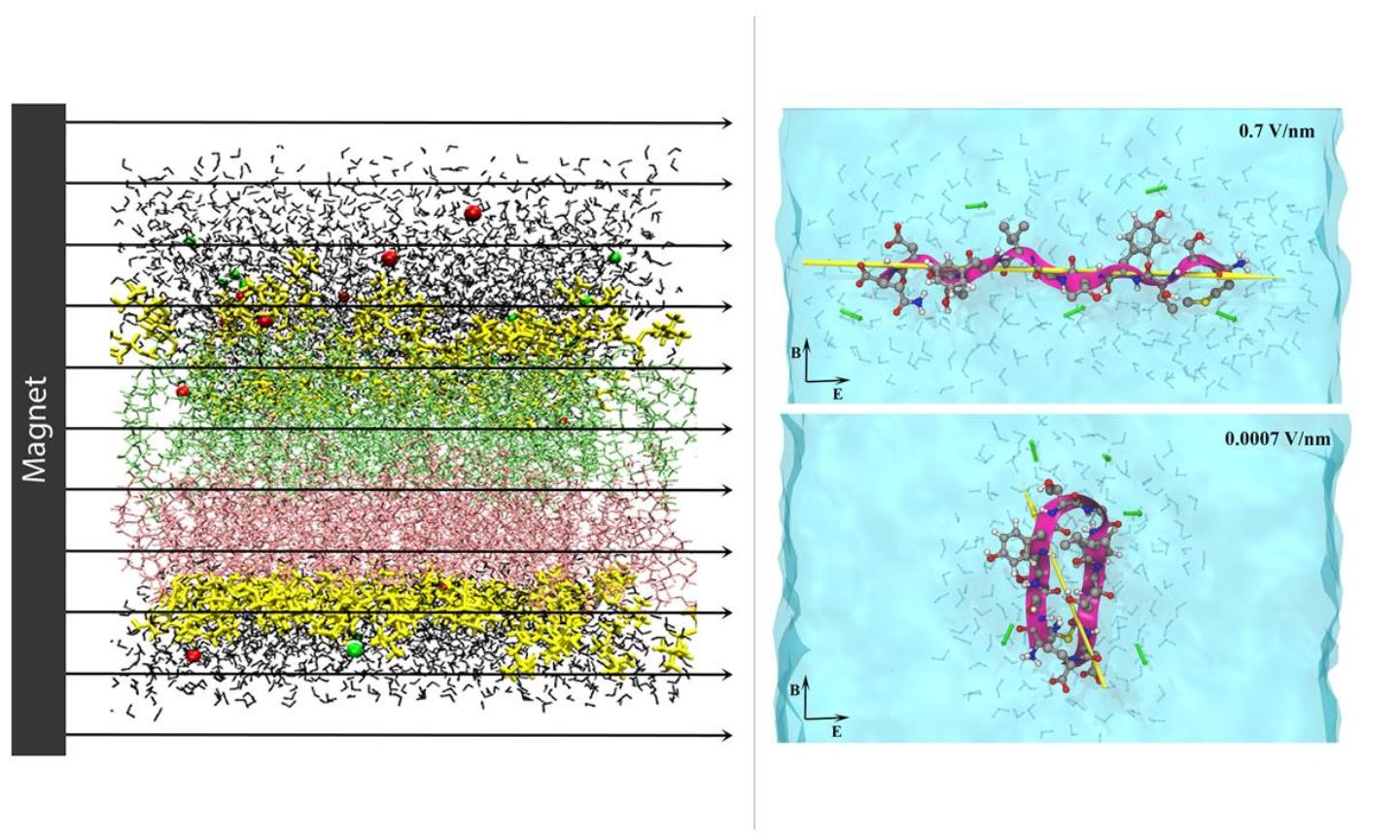 The world's population is increasingly exposed to new physical and chemical agents in the environment, some of which may be beneficial and others, damaging to health. Among these new agents, electromagnetic fields (EMF) are becoming more widespread, and their application in new technologies continues to grow, with novel uses being actively developed and commercialised. In particular, the electromagnetic (EM) energy that powers mobile technologies is now affecting over 5 billion phone subscribers world-wide, so the community concern about the possibility of associated health effects is also growing. The mechanisms of non-thermal EMF effects on biological systems, such as proteins and membranes, are not well understood, however, it is believed that EMFs (at certain intensities and frequencies) can cause structural changes which can alter molecular conformation and ultimately the function of biological molecules.

Our team conducts fundamental studies of the molecular structure and dynamics of proteins, peptides and biological membranes exposed to external non-ionising electromagnetic fields typically produced by mobile electronic devices. The latest techniques in computational modelling of biomolecules at all-atom resolution will be employed to explore the molecular mechanisms of their response to the electromagnetic radiation. The studies will help understand potential health implications of mobile technologies and inform safety standards for their manufacturing.

Funded by the NHMRC Center of Research Excellence “Australian Center for Electromagnetic Bioeffects Research” (ACEBR) 2013-2022.  where our team employs computer modelling techniques to study the molecular level response of proteins and biological membranes to electromagnetic radiation in order to develop a fundamental understanding of possible health implications of the widespread use of mobile and wireless communication devices.