Get in touch
Contact / Trewlea Peters
Open to:
Media engagement 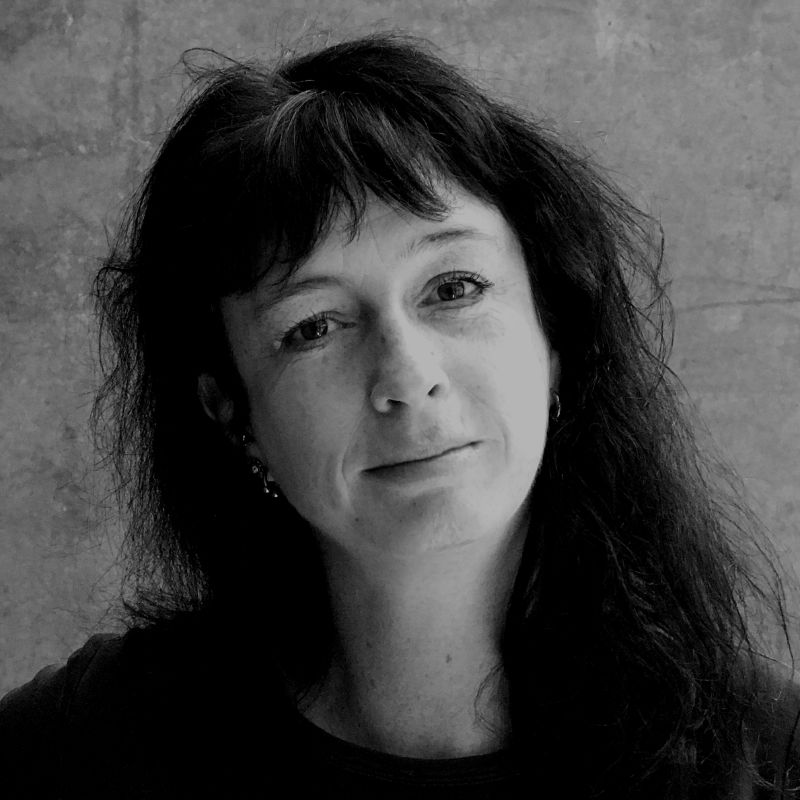 C350 - Diploma of Screen and Media

C350 - Diploma of Screen and Media

Trewlea has been working in Digital Arts for 20 years. Currently specialising in RMIT’s Virtual Studio, teaching Reality and Digital VFX/Editing with Screen and Media.

As a long term practising digital artist, Trewlea continuously engages in a rapidly changing digital media environment. As part of her methodology she evolves through experimentation and transformation to ensure that her own creative practice is current and transfers these skills into teaching.

In 2017, Trewlea became a pioneer, training in Zero Density’s photorealistic virtual studio called “Reality.” In 2018, just a few months after the opening of the NAS Media Precinct, the Advanced Diploma of Screen and Media students were the first students globally to experience ZD’s Reality. The VE students and Trewlea developed their understanding of virtual through experiential learning. Developing her own understanding of the state of the art technology and preparing her students for a dynamic, increasingly competitive workforce at the same time. Zero Density arranged a webinar for their International Reality Talks series in April 2020 for RMIT to discuss its progress with Reality in a learning institute. This was the first time the founders of ZD and other global Industry clients had seen the outcomes of Trewlea’s students over the past two years in Reality. Zero Density recognised that not only was Trewlea using Reality in a filmic rather than broadcast context (all of their clients were broadcasters), she had trained Screen and Media students in 16 production roles essential for working in the VFX industry. Her progress influenced their decision to Partner with RMIT University.

Where possible Trewlea invites her students to collaborate with the broader community. Two collaborations she has developed are with the Gertrude Street Projection Festival and Royal Children’s Hospital Melbourne. The Gertrude Street Projection Festival engagement gives students the opportunity to document the Gertrude Street Projection Festival, introduces students to Melbourne’s vibrant arts scene and gives them the potential to build their portfolio with real world Industry credits linked to the Festival’s social media. Whereas, the partnership with the Education Institute of the Royal Children’s Hospital Melbourne gave Screen and Media students the experience of learning designers and they developed a range of activities for primary school aged children who were transitioning from hospital back out to real world school. Sharing their animation and VFX skills and engaging the RCH students in their creative process.

The RMIT students who have contributed in Trewlea’s experiential learning projects have developed a deeper understanding and command of their communication and collaboration skills, formed confidence in articulating ideas and demonstrating their abilities, finding technical and creative solutions to issues that arose and most of all, felt they had contributed in the broader community.

Trewlea Peters was awarded the Vice-Chancellor’s Awards for Outstanding Contributions to Learning and Teaching - Innovation in Vocational Education in 2020.

Trewlea has 20 years experience as a digital artist and over the years have performed at White Night, Dark Skies Festival, The Gertrude Street Projection Festival, The Digital Underground Festival, Wyndham Winter Festival, Northern Exposure High Views Festival, the Melbourne Fringe Festival and This Is Not Art, as well as exhibiting in solo and group exhibitions.

She also has 15 years experience as a professional VJ, recently returning from Wide Open Space Festival in central Australia. She has worked at many of Melbourne’s leading nightclubs, bars and warehouses, as well as performing interstate and overseas.

She recently collaborated with fellow video artist Kate La Greca in Dark Skies Festival, a festival that celebrates a cosmic fusion of art, science & culture in the heart of Australia.

“Gazing on Eromanga,” reimagines the mighty milky way reflected on a dying inland sea. Combining animated microcosmic ancient sea life (animated by myself) that has survived after the dinosaurs of the deep have vanished, intertwined with magnificent footage of the infinite night sky (filmed and composited by Kate La Greca).

At the end of 2020 she completed a 4-minute animation for the Royal Children’s Hospital Education Institute. This collaboration involved working with the staff and students of the Royal Children’s Hospital Education Institute, as well as Jane Godwin and Alison Lester, well-known Australian children’s book illustrators and authors. She animated this project over two years, dismantling the beautiful still artworks created by the students at the hospital and bringing their vibrant mini beasts to life.

Trewlea projected another animation in White Night 2018, this was projected over two, three storey buildings at RMIT. The work was an abstract interpretation of evolution through Haeckel’s eyes. Celebrating the diversity and interconnectedness of all species.

White Night 2016. Electroplasm is a steam punk style installation and performance that explored “lost and curious souls seeking others through spiritualism and the electrification in the Edwardian metropolis of Bearbrass. In collaboration with Renn Baker, John Phillips and Tania Smith. She was given the title “Director of Summonings:” filming and editing video art projected and live projection artist, switching visuals live onto the haunting spectacle of performance artist Tania Smith under Princes Bridge in the heart of the festival.

The aim of this research project is to create an immersive video installation that engages in the ongoing debate concerning the power of the media over society and the notion of television as the transmitter of truth through broadcast news.

This exegesis draws on Baudrillard’s theories of similacrum, unlocatable realities, obscenity of information, and extensively extrapolates on his concept that some media events are designed to anesthetize a situation by constructing an alternate “non-event.” These are examined alongside Boorstin’s theory of the pseudo- event, Johnson-Cartee’s observations about the “news framing political realities,” Fiske’s concepts relating to television codes, Barthes’ Mythologies, as well as theorists that explore how we construct our own realities.

The exegesis also investigates the ambivalent relationship between television and video art by discussing video artists who have appropriated televisual content to develop their own discourses on issues of power and intent in mass media. The artists discussed include Nam June Paik, Dara Birnbaum, Peter Callas, Antoni Muntadas, Wolf Vostell and Ingo Günther.

This exegesis has been structured to first lead the reader through the primary theories of concern before entering into a discussion about artists that are relevant to this field. Finally the author defines the relationship between her artistic practice and the media theories and video artists acknowledged in the exegesis.

Projects since 2011 feature in Vimeo 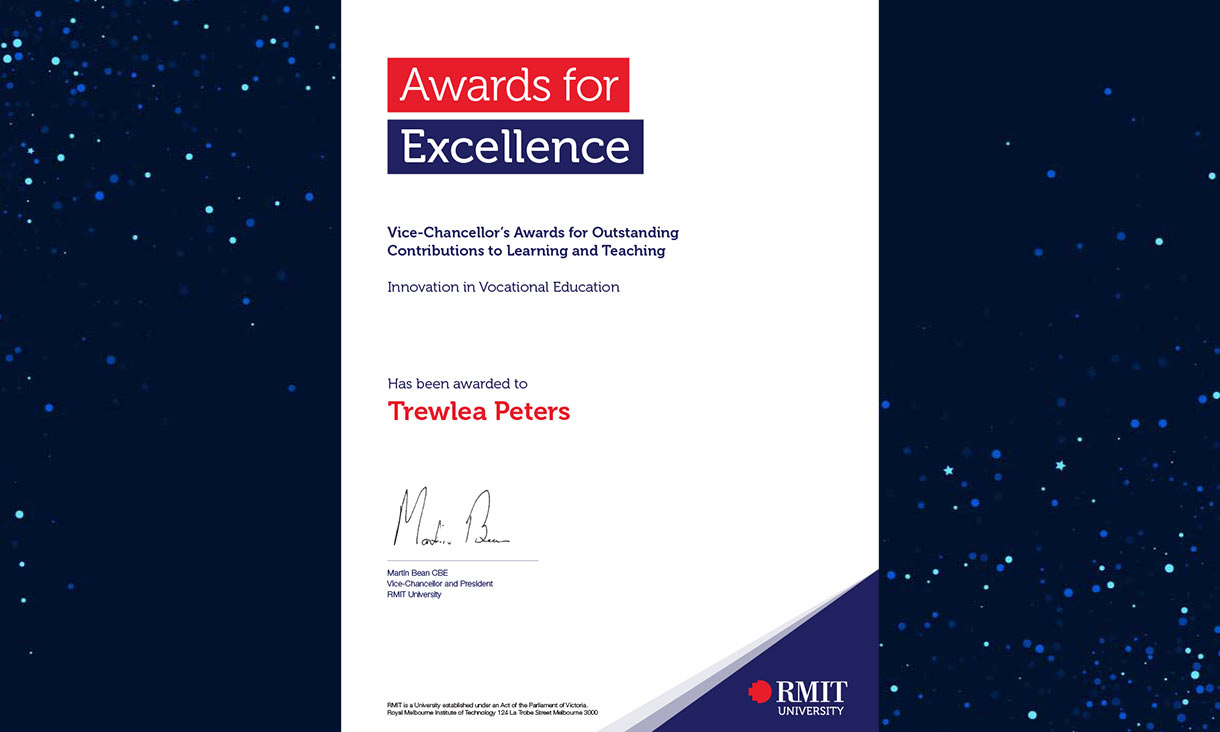