Researchers from RMIT University have developed a new artificial enzyme that uses light to kill bacteria. 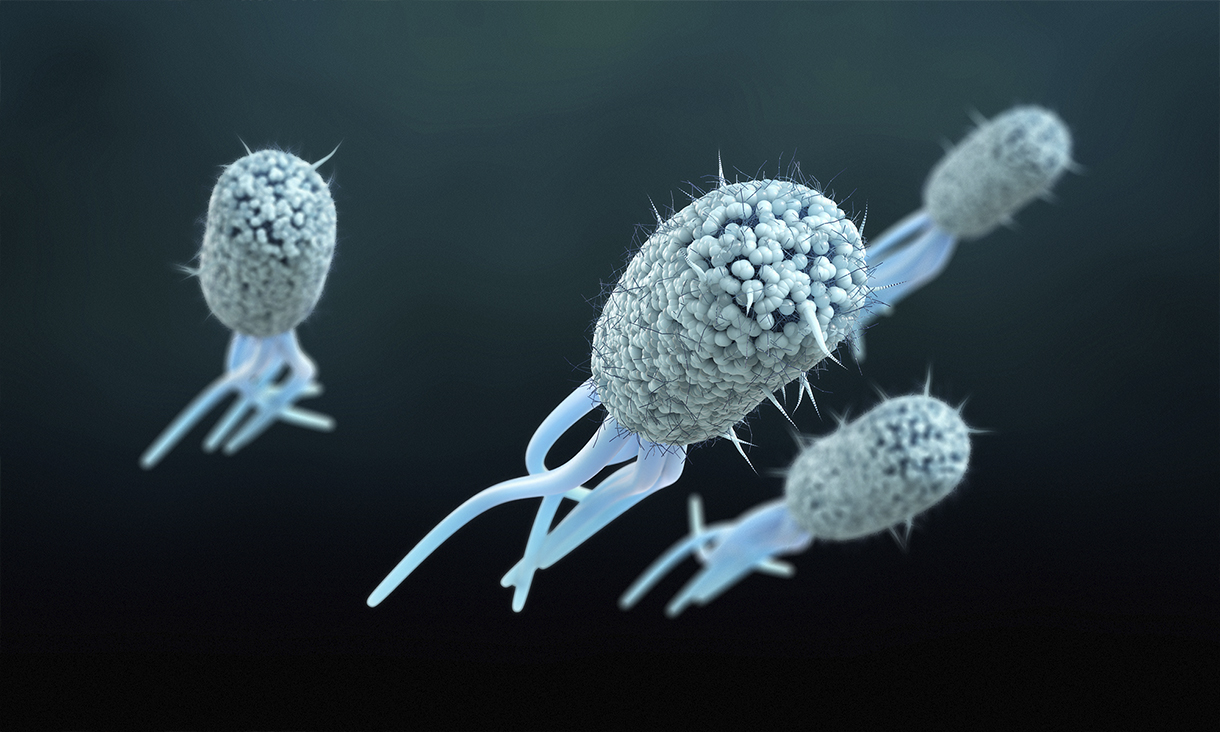 The artificial enzymes could one day be used in the fight against infections, and to keep high-risk public spaces like hospitals free of bacteria like E coli and Golden Staph.

E coli can cause dysentery and gastroenteritis, while Golden Staph is the major cause of hospital-acquired secondary infections and chronic wound infections.

Made from tiny nanorods – 1000 times smaller than the thickness of the human hair – the “NanoZymes” use visible light to create highly reactive oxygen species that rapidly break down and kill bacteria.

“For a number of years we have been attempting to develop artificial enzymes that can fight bacteria, while also offering opportunities to control bacterial infections using external 'triggers' and 'stimuli',” Bansal said. “Now we have finally cracked it.

“Our NanoZymes are artificial enzymes that combine light with moisture to cause a biochemical reaction that produces OH radicals and breaks down bacteria. Nature’s antibacterial activity does not respond to external triggers such as light.

“We have shown that when shined upon with a flash of white light, the activity of our NanoZymes increases by over 20 times, forming holes in bacterial cells and killing them efficiently.

“This next generation of nanomaterials are likely to offer new opportunities in bacteria free surfaces and controlling spread of infections in public hospitals.”

The NanoZymes work in a solution that mimics the fluid in a wound. This solution could be sprayed onto surfaces.

The NanoZymes are also produced as powders to mix with paints, ceramics and other consumer products. This could mean bacteria-free walls and surfaces in hospitals.

Public toilets -- places with high levels of bacteria, and in particular E coli -- are also a prime location for the NanoZymes, and the researchers believe their new technology may even have the potential to create self-cleaning toilet bowls.'Add your article text here' ?

While the NanoZymes currently use visible light from torches or similar light sources, in the future they could be activated by sunlight.

The researchers have shown that the NanoZymes work in a lab environment. The team is now evaluating the long-term performance of the NanoZymes in consumer products.

“The next step will be to validate the bacteria killing and wound healing ability of these NanoZymes outside of the lab,” Bansal said.

“This NanoZyme technology has huge potential, and we are seeking interest from appropriate industries for joint product development.”

The NanoZyme breakthrough has recently been published in the journal ACS Applied Nano Materials.