Senior electrotechnology educator Dr Gita Pendharkar has won the Mentor of the Year Award, a recognition of her outstanding commitment to her students. 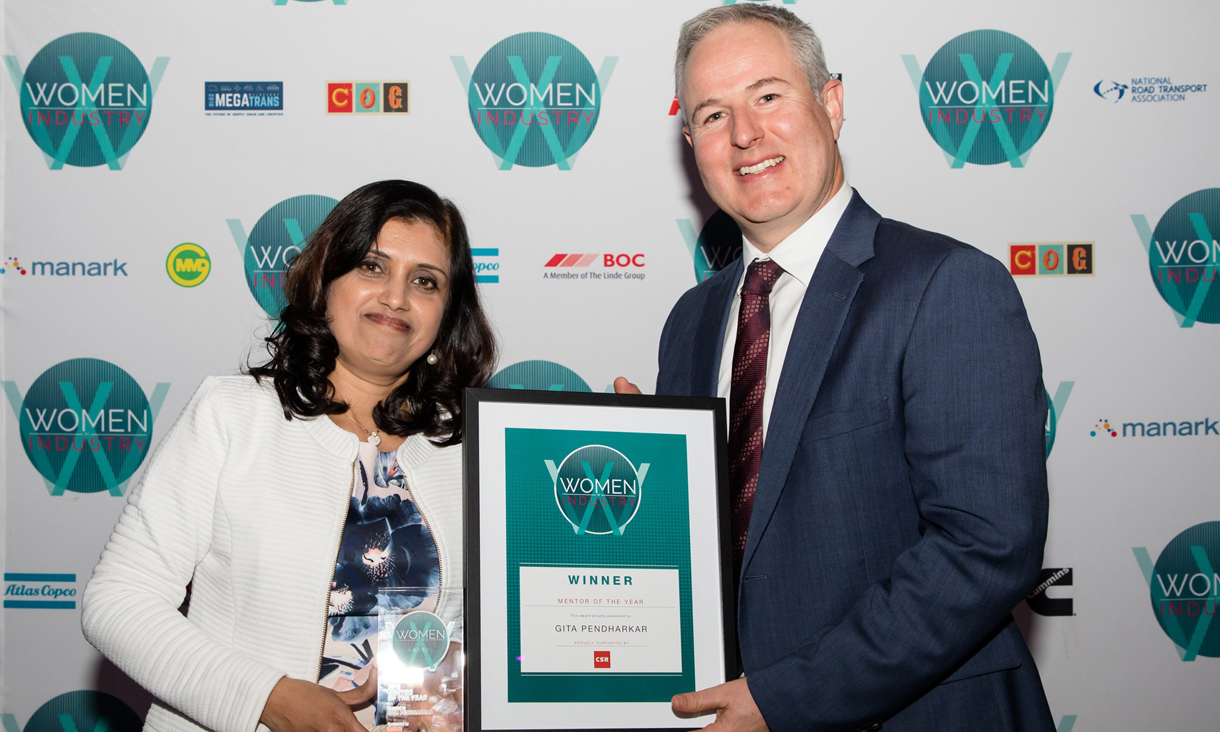 Dr Gita Pendharkar took out the honour at the 2018 Women in Industry Awards at a ceremony in Sydney on 14 June.

It’s a recognition of Pendharkar’s commitment to developing talent in her field of electrotechnology – the application of electricity in systems such as air-conditioning and refrigeration.

Pendharkar said taking home the award was a special achievement.

“I was competing against four other incredibly talented women from various industries across Australia, so winning this award means a lot to me,” she said.

Pendharkar has mentored several tertiary students from universities in India, Zambia and Australia – where she’s held positions at RMIT and Monash Universities.

She also volunteers her time to mentor students from the local community.

“I have helped a lot of international and local female students from India, who were very comfortable discussing their educational needs and other aspects of life with me,” she said.

“They have all succeeded and have respectable jobs in their fields.”

Pendharkar completed her PhD in Biomedical Engineering at Monash University while working full-time at RMIT and raising her two young children.

In 2012, she was awarded the Sir Keith Murdoch Fellowship Award by the American Australian Association, allowing her to travel to the University of Delaware to carry out post-doctorate research in Robotic Exoskeleton.

“I love designing and developing prototypes for innovative wearable devices which can be used for assessment and monitoring a medical condition in health care sector,” she said.

“I connect them to industry partners and reward them for their achievements and success.

“Many of my students continue to keep in touch with me long after they graduate.”

The awards aim to encourage excellence and provide an opportunity for women to support each other in reaching individual and industry goals.

Pendharkar's pioneering teaching practice has stood out for a long time.

In 2008 she received a teaching award for innovative teaching practice through project-based learning.

In 2009, she received an achievement award for a student-rated ‘Good Teaching Scale’ of 100 per cent in her course Electronic Applications.

Her course was rated among the top 50 courses taught at RMIT.