Public Advocate honoured for work supporting the most marginalised

Public Advocate honoured for work supporting the most marginalised

Colleen Pearce has received an honorary doctorate from RMIT University. 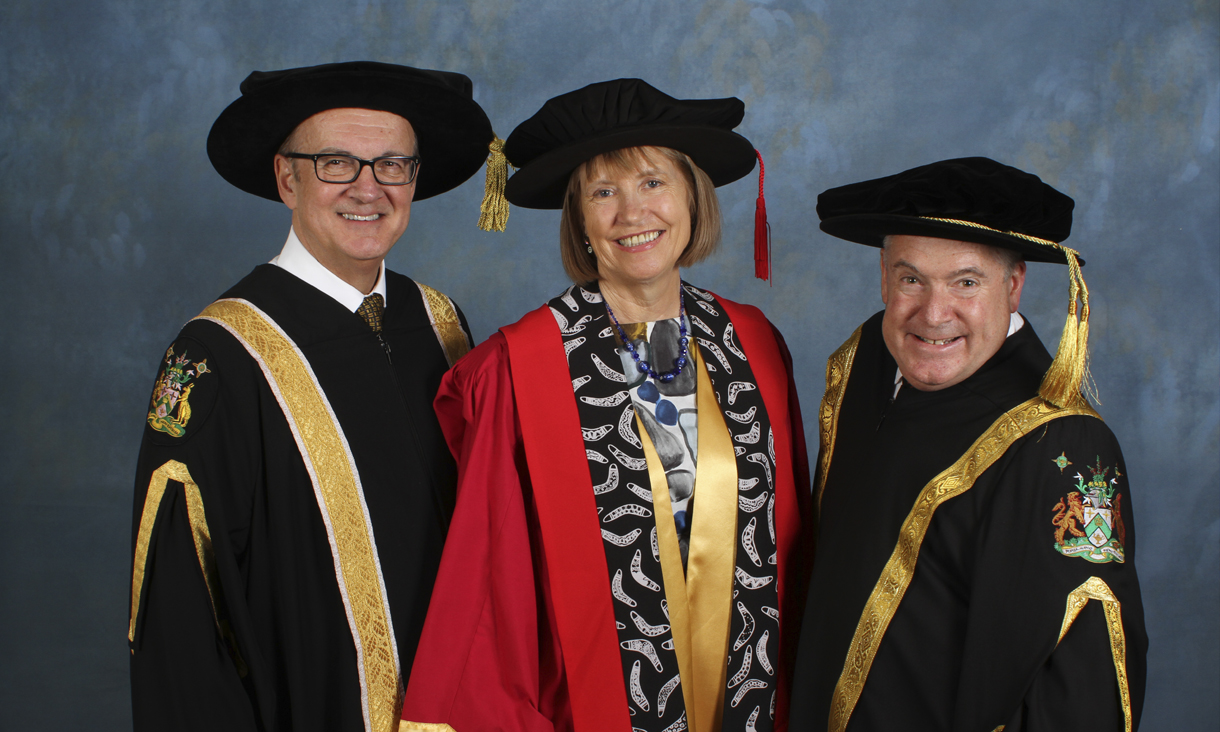 Pearce was presented with the Doctor of Social Science Honoris Causa at RMIT’s Doctoral Degrees Graduation Ceremony, which took place on Friday 18 May at Storey Hall. Victorian Public Advocate, Pearce was among 70 candidates who had their degrees conferred at the ceremony, surrounded by their family and friends who supported them along the way.

RMIT Vice-Chancellor and President Martin Bean CBE commended the achievements of the graduates.

“None of us know exactly what lies ahead, but I do know that, as a PhD graduate of RMIT, you have the best possible foundation for influencing whatever that may be” he said.

Pearce is already creating impact, as the first female Public Advocate. The Office of the Public Advocate is a statutory authority committed to campaigning for and protecting the human rights and interests of Victorians with disability.

As a proud member of the Yuin Mob, Pearce promotes reconciliation and a society that values and respects the human rights of Aboriginal people.

Pearce dedicated her award to her great grandmother, Annie Ralph, an Aboriginal Australian from the Yuin Mob. She described to the audience the adversity Annie had experienced, particularly in regard to her family’s lack of access to education. In light of her great grandmother’s hardships, Pearce commended RMIT for their inclusive values in empowering others to be educated.

“Today, RMIT champion’s inclusion and diversity, understanding the benefits of an inclusive multicultural student body and workforce,” she said.

Pearce’s career has involved tireless advocacy for people on the margins of society, including people with disability, Indigenous Australians, those struggling with drugs and alcohol, mental illness, and the homeless. She began her career as an Information Officer for Disadvantaged Groups as part of the Department of Social Security in Sydney and has, throughout her career, continued to promote the human rights of people who are isolated, disadvantaged and more vulnerable to abuse.

As the Public Advocate, Pearce has been outspoken about the issue of abuse of people with disability. Her Office has undertaken research and media campaigns and has led the development of the Interagency Guideline for Addressing Violence, Neglect and Abuse (IGUANA), increasing public awareness of abuse of people with disabilities. She also successfully campaigned for the closure of Sandhurst and Colanda, the last remaining disability institutions in Victoria.

She has a longstanding involvement with Connecting Home, a Victorian organisation that provides support for survivors of the Stolen Generation. For many years, Pearce was a board member of Frontier Services, an organisation providing care, support and wellbeing initiatives for people living in regional and remote Australia, including Indigenous communities.

Pearce is currently a board member of Connecting Home and Wintringham, a specialist aged care service helping homeless elderly men and women, where she continues her lifelong passion to promote human rights for all.

In 2003, Pearce was awarded the Commonwealth Centenary Medal, acknowledging her ongoing contribution to community service in Victoria. Adding to her accolades, in 2016 she was inducted onto the Victorian Honour Roll of Women, which recognises the ongoing contributions of women at a local, national and international level.