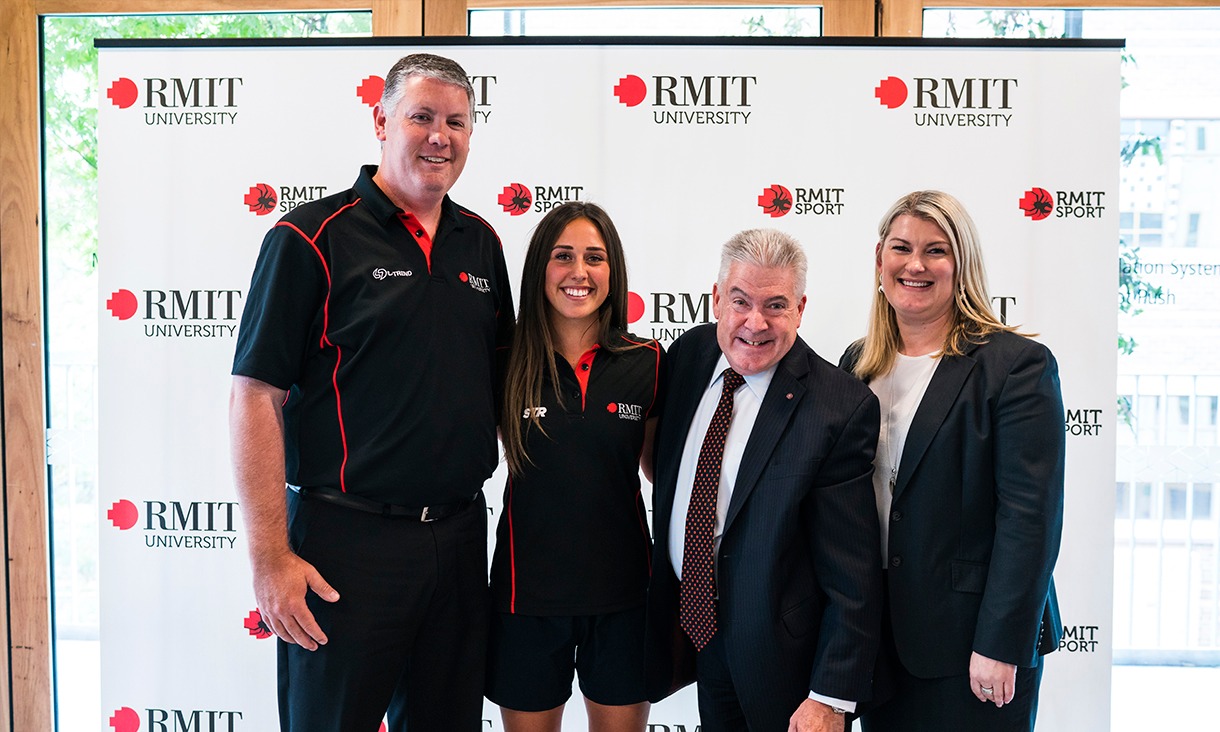 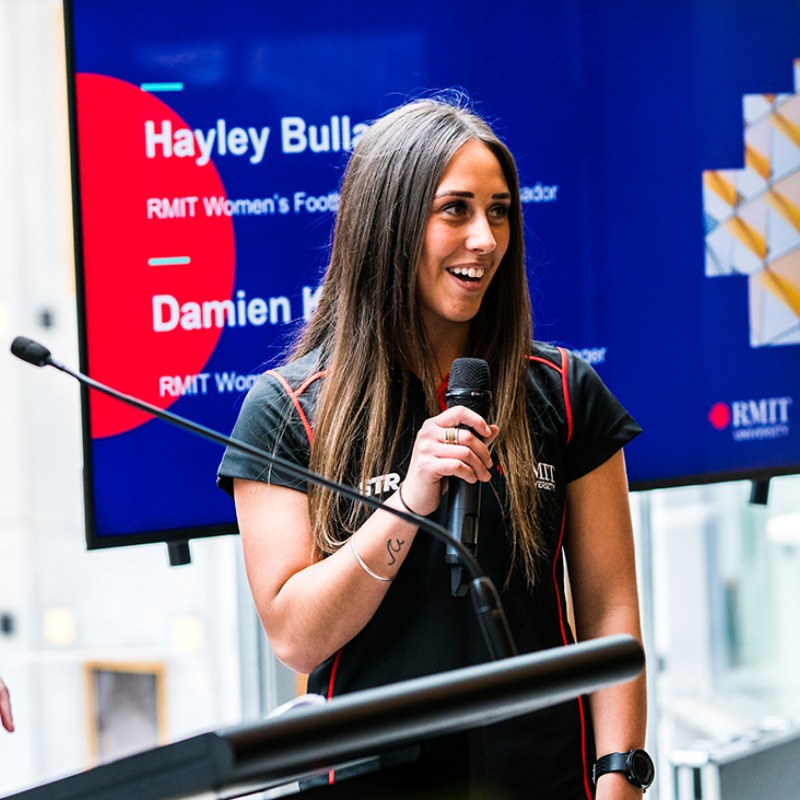 The Academy is set to create new talent pathways for players, coaches, sports scientists, administrators and media professionals into the VFLW and AFLW and generate more opportunities for the community to get involved in women’s footy..

“The RMIT Women’s Football Academy reflects our commitment to our communities and our passion for empowering all our students to be their best,” Martin said.

“It will offer a pathway from beginners through to the elite, with opportunities available beyond the field, ranging from coaching to exercise and health sciences, from media and communication to business.”

“This goes to the heart of who we are at RMIT, a place of learning, built upon a connected experience. It’s about our mission to create a future for all Australians, whatever their story.”

Under the management of Damien Keeping, and with the continued support of the Essendon Football Club, the new Football Academy already has strong foundations for long-term success.

Keeping is well-known for his ongoing involvement in women’s football, having coached the Western Bulldogs women’s team in the AFLW exhibition series, and the Carlton women’s team in its inaugural year.

“I’ve had some wonderful experiences, particularly through women’s football and this Academy is an extension of that experience,” he said.

“My passion is seeing people grow and being involved and sharing in that growth. The Academy brings together some of the experience I’ve had and matches it with an opportunity to see people grow: that’s an environment I’m really excited to be part of.”

In taking on the position of General Manager, Keeping will maintain his existing coaching role at the Casey Demons.

The Academy will field two new women’s teams under the RMIT Redbacks name to play in the Northern Football Netball League (NFNL) and Victorian Amateurs Football Association (VAFA) and will provide an inclusive environment for RMIT students and the community to become more involved in women’s football.

The Academy is uniquely positioned compared with most community football clubs, because it has been intentionally professionally structured and governed like a VFLW club

Off the field, the Academy will provide new practical learning opportunities for RMIT students across education; exercise science including data and analytics; health sciences including myotherapy, chiropractics, Chinese medicine and osteopathy; and media and communication.

A tackling machine, gun midfielder and the youngest member of the extended Essendon VFLW leadership group, Bullas became the first Essendon VFLW player to be selected in the 2018 ‘VFL Women’s Team of the Year’, before taking out the club’s Best and Fairest for season 2018. By all accounts, she is considered a future AFLW draft prospect.

“It’s a time of growth and equality and I am so proud to get the opportunity to work with clubs who share the same passion and vision for the evolution of women’s football as I do," she said.

Along with the opportunities it offers players and students, Keeping said the Academy had a clear role to play in progressing women’s football in the community.