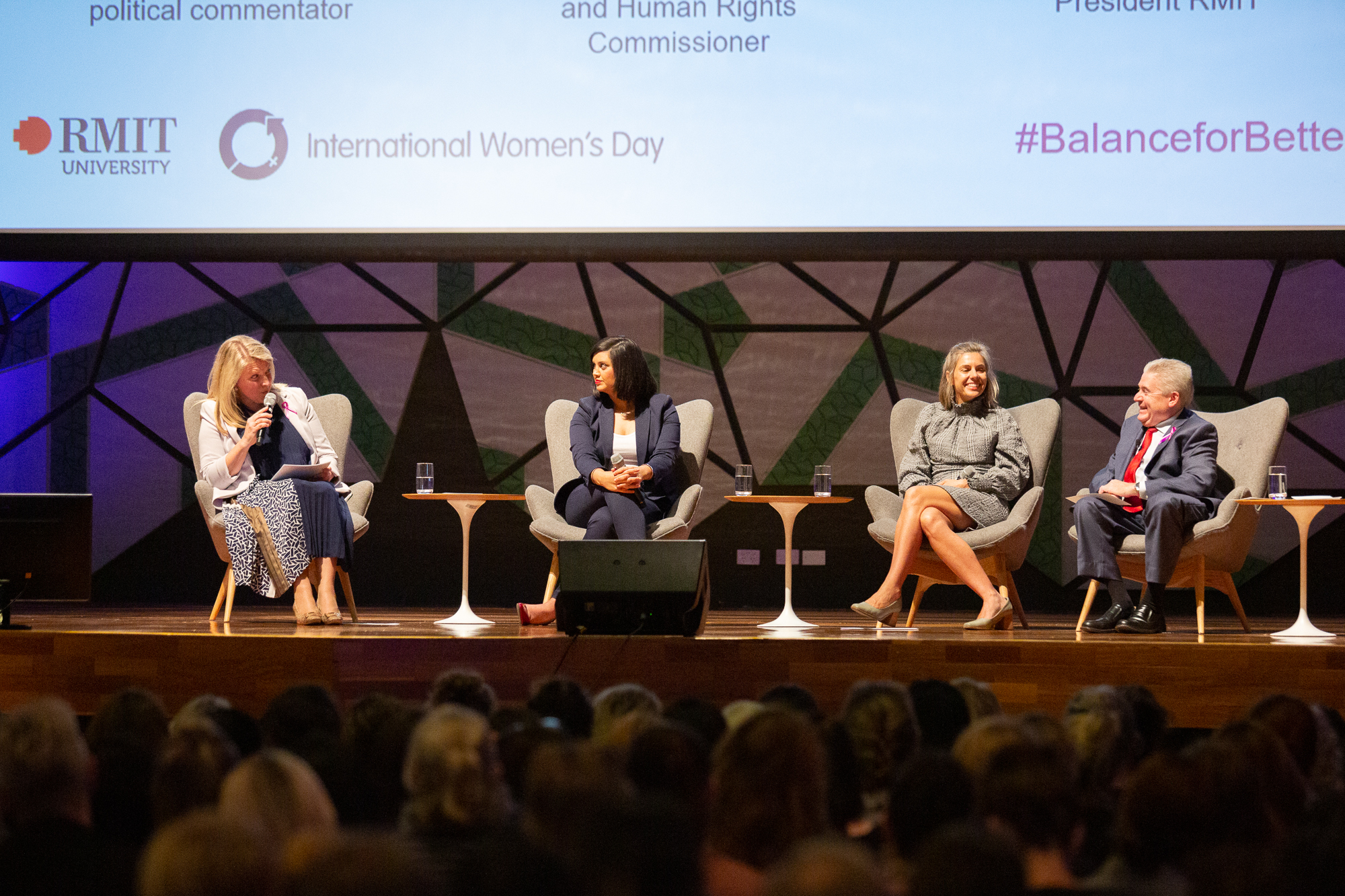 An event at RMIT's illustrious Storey Hall was held on Friday 8 March in celebration of International Women's Day. 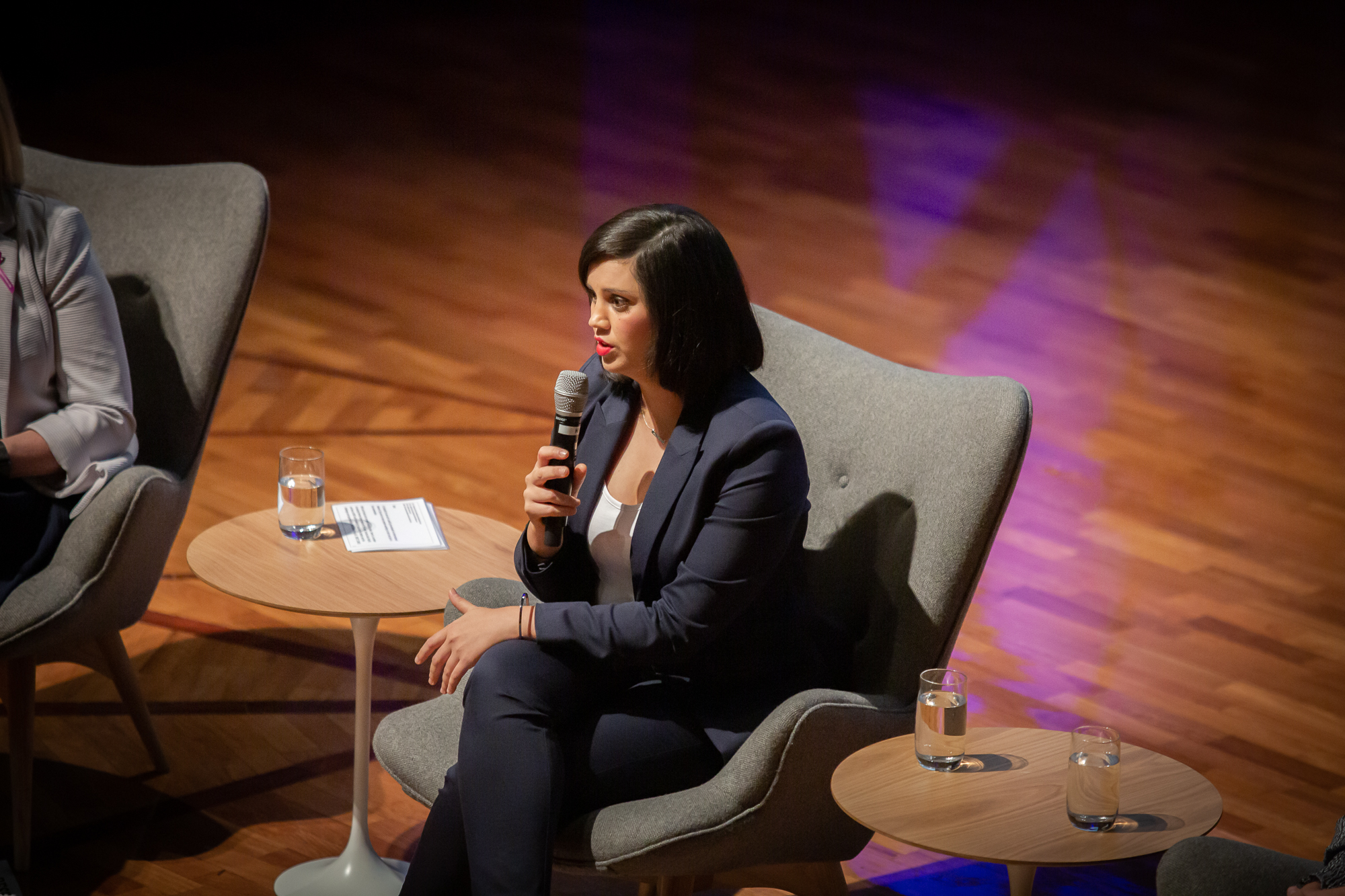 Vice-Chancellor and President Martin Bean CBE was joined by author and commentator Jamila Rizvi, Victorian Equal Opportunity and Human Rights Commissioner Kristin Hilton and RMIT Chief Financial Officer Kate Koch in a panel discussion focusing on what could be done to drive progress towards a more gender-balanced world.

Speaking at the event, Deputy Vice-Chancellor Education and Vice-President Professor Belinda Tynan said International Women’s Day (IWD) reflected the progress that had been made towards gender equity and equal opportunity.

“We celebrate the continued deeds and courage of women and their contributions across the globe,” she said.

“By gathering here today we pay tribute to the women who have come before us to shape change and those who continue to do the same.”

The panel acknowledged the many challenges that remained on the road to equality, highlighting issues such as unconscious bias and lack of female representation in government and industry.

RMIT has now achieved gender parity on its governing Council, in the Vice-Chancellor’s executive team, among the executive leadership group and has 40.6% of senior leadership roles held by women – an increase from 35.7% in 2017.

Women shone bright across RMIT in the lead up to International Women's Day, with their invaluable contributions highlighted across traditionally male-dominated areas of science, urban planning and business.

Research Fellow in the School of Economics, Finance and Marketing Dr Leonora Risse outlined eight ways in which positive change could be made towards achieving gender equality, while eight researchers spoke about their roles in planning the cities of tomorrow and creating a more sustainable future.

Professor Asha Rao, Associate Professor Kate Fox and Dr Samantha Grover were also named 2019 Superstars of STEM by Science and Technology Australia, joining a group of 60 inspirational scientists, technologists and educators honoured by the program which aims to address gender assumptions and increase visibility of women in science, technology, engineering and maths.

Storey Hall was a fitting location for the IWD gathering, as a site of social and political significance for women in Victoria and having hosted numerous women’s suffrage rallies.

During World War One, Storey Hall was leased to the Women’s Political Association whose aim was to influence women's votes in the interests of the home and children, efficient government at all levels, and improvements in social and industrial conditions.

Storey Hall will host the inaugural Women in Music Festival from 9 - 10 March, to celebrate leading women in the music industry.