Making peace between sworn enemies: Lessons from a divided region 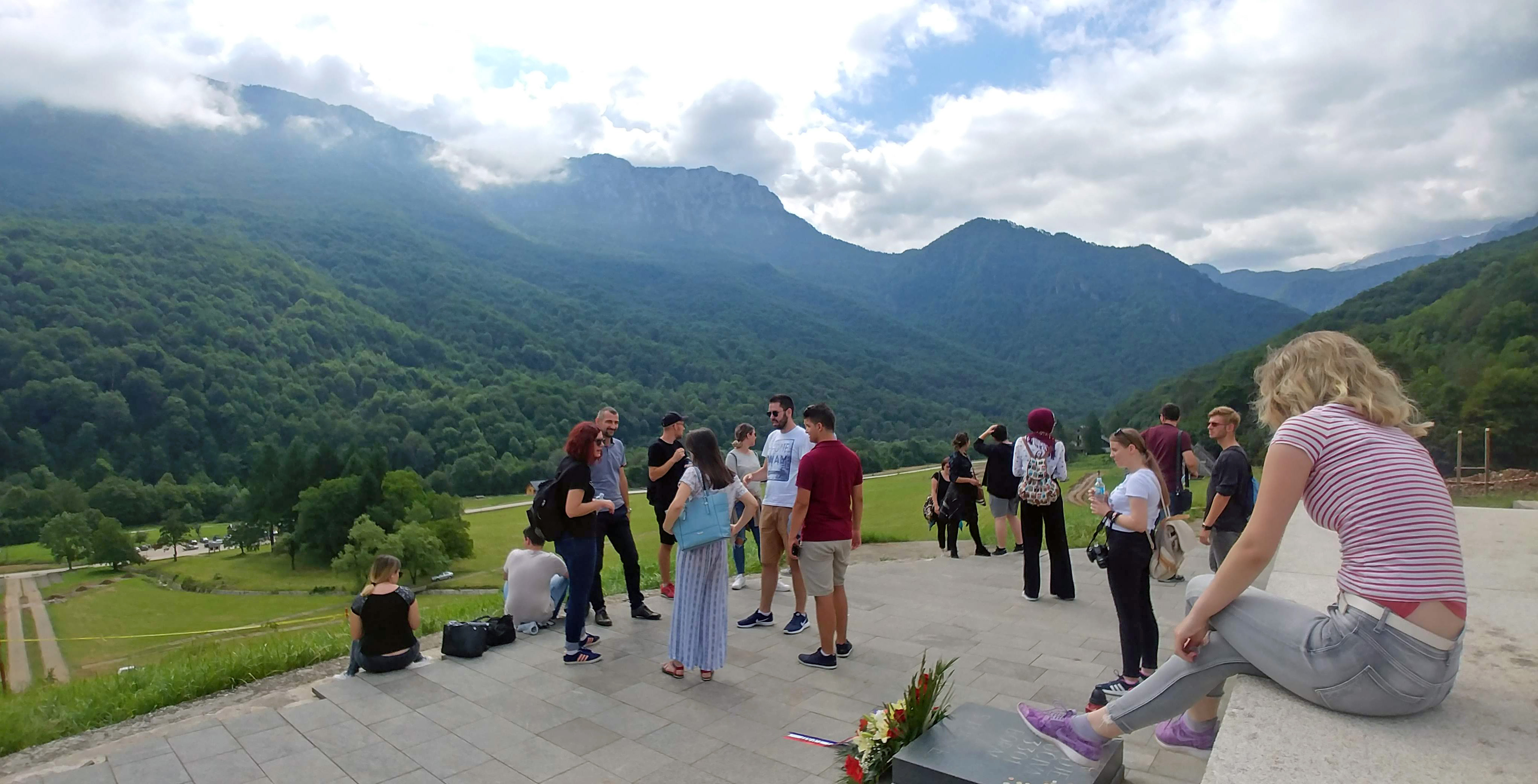 Making peace between sworn enemies: Lessons from a divided region

Born in Sarajevo shortly before the Yugoslav Wars erupted there in 1991, Nerkez Opacin knows first-hand how quickly a society can tear itself apart.

The series of ethnic conflicts, independence wars and insurgencies through-out the 1990s broke the Yugoslav state apart and left deep scars for many of its people that have still not healed today.

As the son of a Bosnian father and a Croatian mother, Opacin was considered a “mixed marriage child” - belonging simultaneously to both sides and neither side of the conflict.

His memories of the war start as a refugee in Germany, where his family fled to from Croatia: they are memories of being moved from one flea-ridden hostel to another, with none of them feeling quite like home, and of wearing donated clothes.

“Despite this, we were happy,” Opacin says. “Our parents wanted to make the whole process as smooth as possible for my sister and I, so for many months we kind of thought it was just a game we were playing.”

But the war they’d left was never far away.

“I remember us sending packages of aid to my dad’s family in Bosnia and Herzegovina and my mom’s family in Croatia,” he says.

As a nine-year-old, Opacin was handing out leaflets to strangers about how to make donations for those suffering back home.

“This was the time I became really aware of the war and my role as someone who needed to become more active and help. I didn’t look at it as activism, just as my obligation.”

In 2000, he returned to Bosnia and Herzegovina, where he was born but had never lived, to start high school. 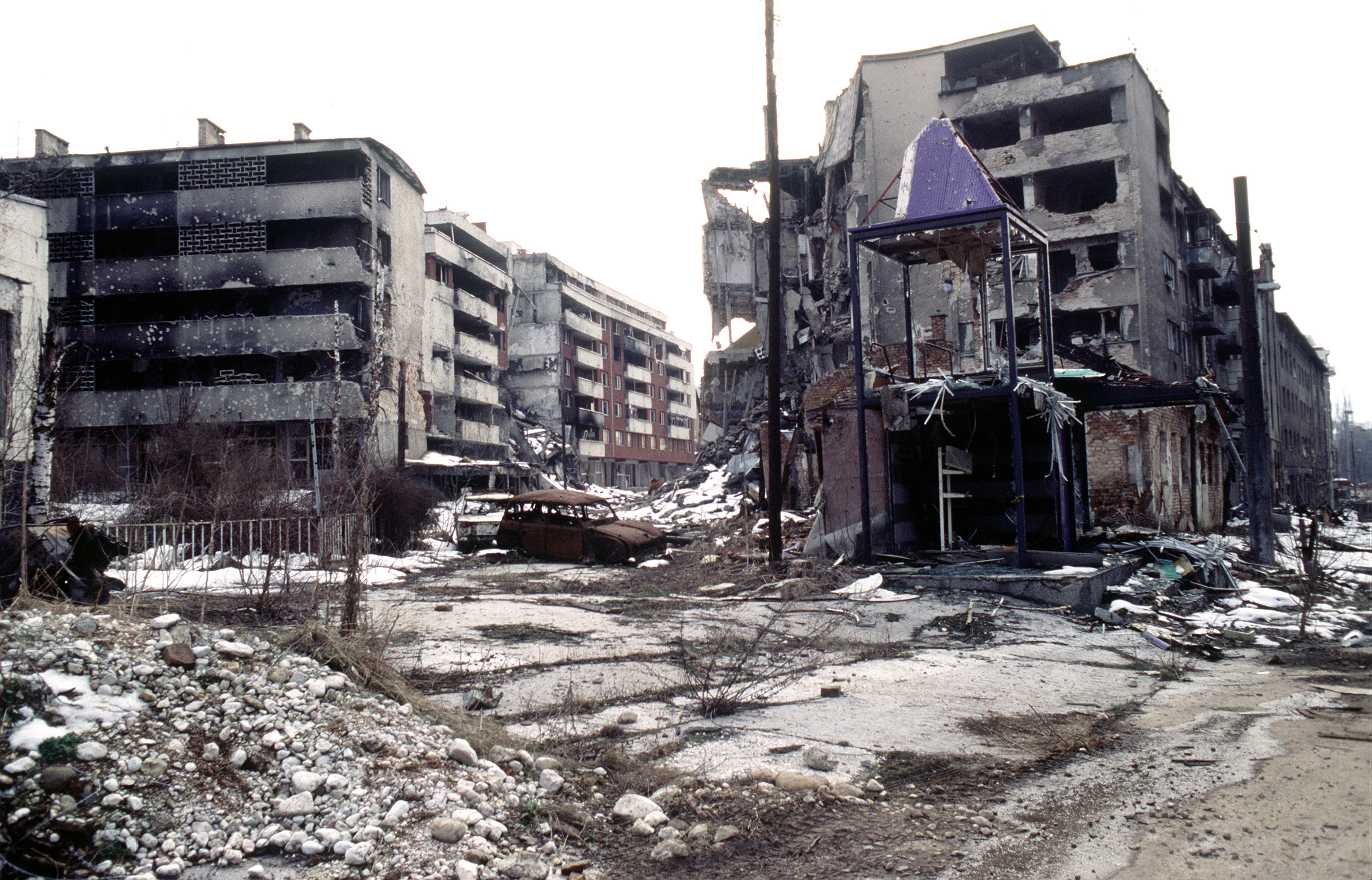 A suburb of Sarajevo in 1996, shortly after the war there officially ended. The decade of related conflicts known as the Yugoslav Wars left a trail of destruction across the region on all sides.

Five years had passed since Sarajevo had been under siege, but the devastating impacts of war were everywhere.

“This was when I became aware of what war does to a society – and of what it is still doing,” Opacin says.

“So many of my close friends grew up without one or both their parents. We didn’t talk much about war, but I could see what it meant for them to grow up without a parent.”

The profound impact of what he saw and felt on his return stayed with Opacin, and eventually led him to study a Masters in Peace and Security Studies at the University of Hamburg, back in Germany.

When he again returned to the Balkans several years later, it had still not healed.

“I was struck by how embedded those ethnic tensions had become, and how the political treaties that brought peace to the region had also in many ways enshrining those divisions,” Opacin says.

Different groups within the formerly united region attend schools at different times - the Croats in the morning and the Bosniaks in the afternoon – to separately learn different histories, geographies and languages depending on their ethnicity.

Many go on to then socialise and work in their own ethnic circles.

But amid this stark division, Opacin also saw signs of hope.

A growing number of grassroots peace camps, interethnic summer schools and workshops are springing up across the region.

In the small country of Bosnia and Hertzegovina alone there are around 15 such camps each year, with others in Croatia and Serbia as well. 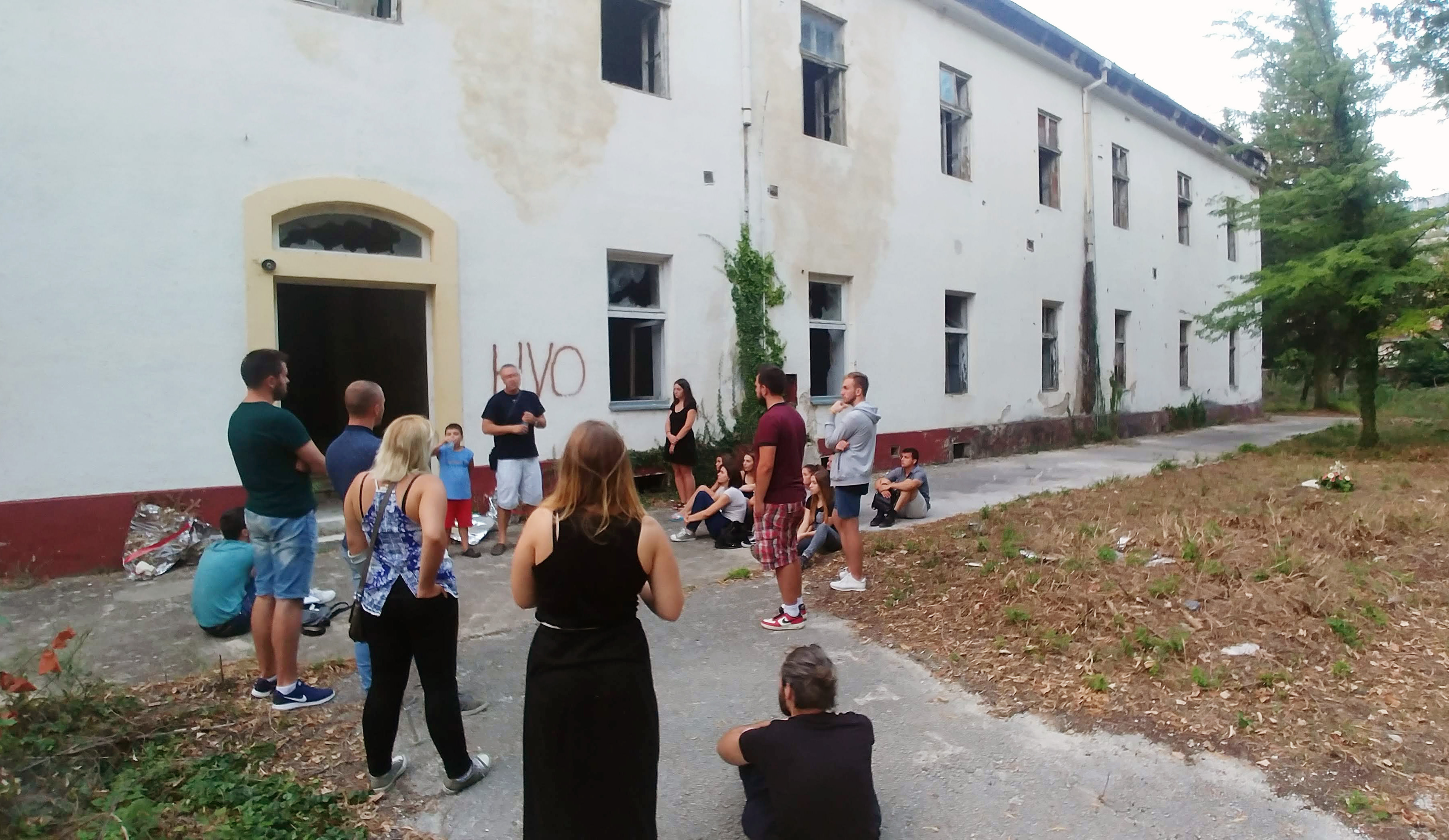 Group listening to a survivor at a former concentration camp in Stolac, Bosnia and Herzegovina.

Most events are regional, meaning participants mix from each country.

“These young people – mostly born after the war ended – join for a range of reasons, but all are fed up with the current state of division and eager to move forward to a brighter future living together in peace and prosperity,” he says.

As part of his PhD research with RMIT University, Opacin just spent seven months embedded with six of these programs: touring the sites where atrocities took place, spending time with participants and organizers, and meeting victims and perpetrators from all sides of the conflict.

Opacin fully immersed himself in group discussions and reflective experiences for his field research, and also conducted in-depth one-on-one interviews.

He says the young people involved in these programs found the experience transformational.

“There is something powerful about getting a diverse group of people together, giving them the opportunity to meet, to live together together, travel together and reflect together on the experience,” he says.

“I witnessed how empowering it is to open up to each other, in goodwill, about the distant and recent past, to create shared knowledge and understanding that forms the foundation for a peaceful and united future.”

Fikret Alic shows the group a copy of Time magazine from 1992 with himself on the cover during a tour of the Trnopolje concentration camp near Prijedor, Bosnia and Herzegovina.

Opacin is now writing his thesis on how these programs succeed in helping sworn enemies make peace, and what this means more broadly for reconciliation.

“I’m interested in what lessons we can take from these programs, not only for the Balkans, but for all of us in increasingly divided societies – whether that’s in Europe or Africa, the US or even in Australia,” he says.

Such programs, in various forms, could serve an important function in fighting polarisation at many levels and in many societies.

Opacin is realistic about the challenges of regional politics and the cynical aspects of human nature.

Yet, just like the nine-year-old refugee handing out flyers in the streets of Berlin asking for donations to help war victims, Opacin sees it as his obligation to heal the scars of war in any way he can.

Fact check: Have asylum seekers on Nauru not proven themselves to be genuine refugees?

One Nation Leader Pauline Hanson says that the asylum seekers than are on Nauru have not proven themselves to be genuine refugees to warrant them coming to Australia.

What do crocodiles, crime rates and codeine have in common? They’ve all been fact checked. Read more about the increasingly important skill that sorts fact from fiction.