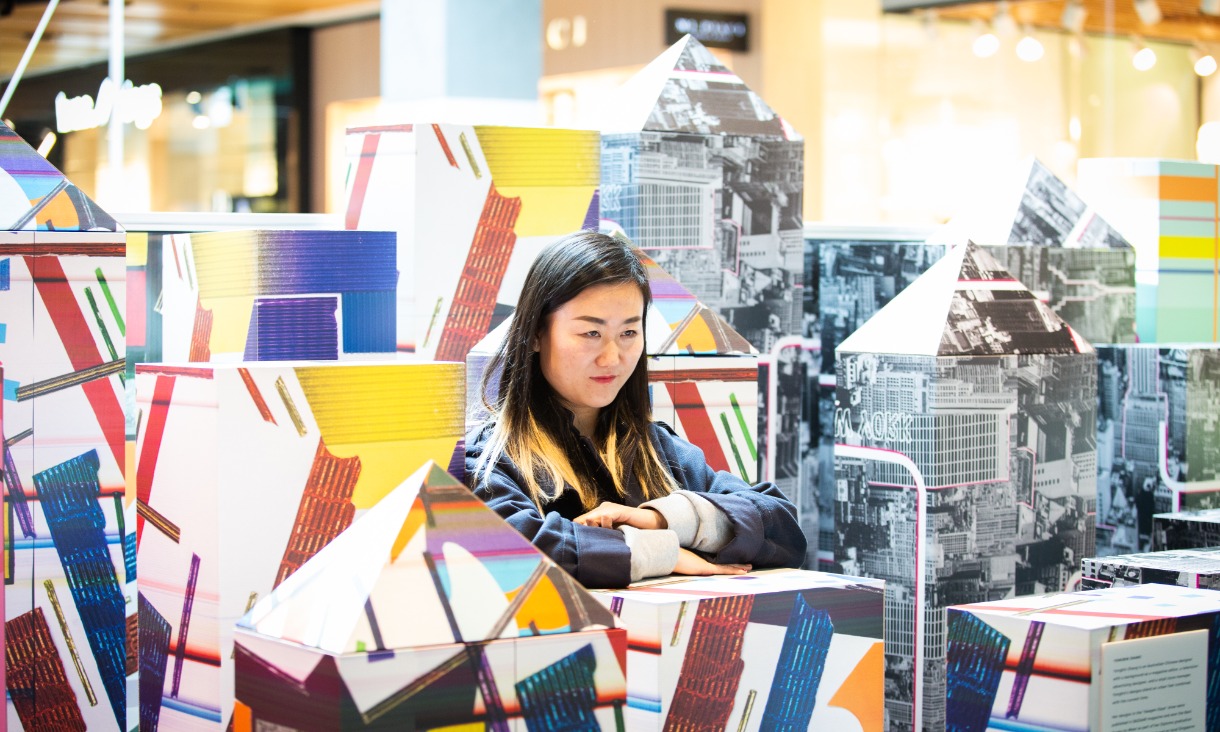 An exclusive range of Beekeeper Parade bumbags using the New York-inspired designs of RMIT fashion students has been developed as part of a Melbourne Fashion Week event.

The Bachelor of Fashion Design (Honours) students were invited to create a unique print playing into the ‘New York City street party’ theme of the Vogue American Express Fashion Night Out (VAEFNO).

The designs were featured in an interactive art space in Melbourne Central where shoppers could snap a photo of their favourite print for the chance to have them made into one of only 200 Beekeeper bum bags, making them a coveted limited release. 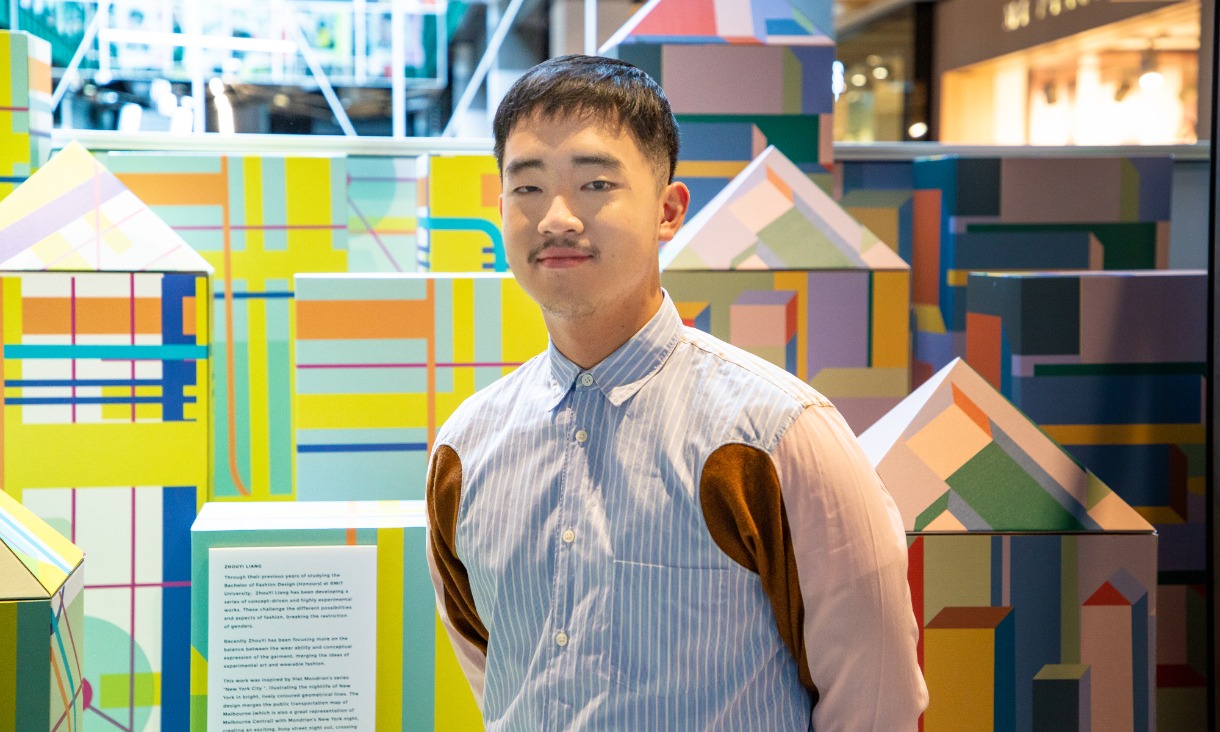 Zhouyi Liang said his lively colours and geometrical lines were inspired by Mondrian, with a nod to a much more local source.

“In this print design I’ve merged the public transportation map of Melbourne with Mondrian's New York night, creating an exciting, busy street night out, crossing between Melbourne and New York,” he said.

Yong Bin Zhang said she chose a variety of colours and geometric shapes to reflect the diversity of New York while Jia Jia Cai conceived a “melted New York city, with a mixture of old and new, modern and natural.”

The pairing of RMIT students and BeeKeeper Parade was a fitting one.  Beekeeper Parade was established by RMIT alumni Koky Saly to help fund the education of children across five schools he and his sister Sophia built in Cambodia through a charity organisation they’d set up in 2007 called BabyTree Projects.

Initially, the business was named Boy & Bee but the tragic passing of his sister inspired a name change and drove Saly to create the thriving BeeKeeper Parade business, which now has a store at Melbourne Central. 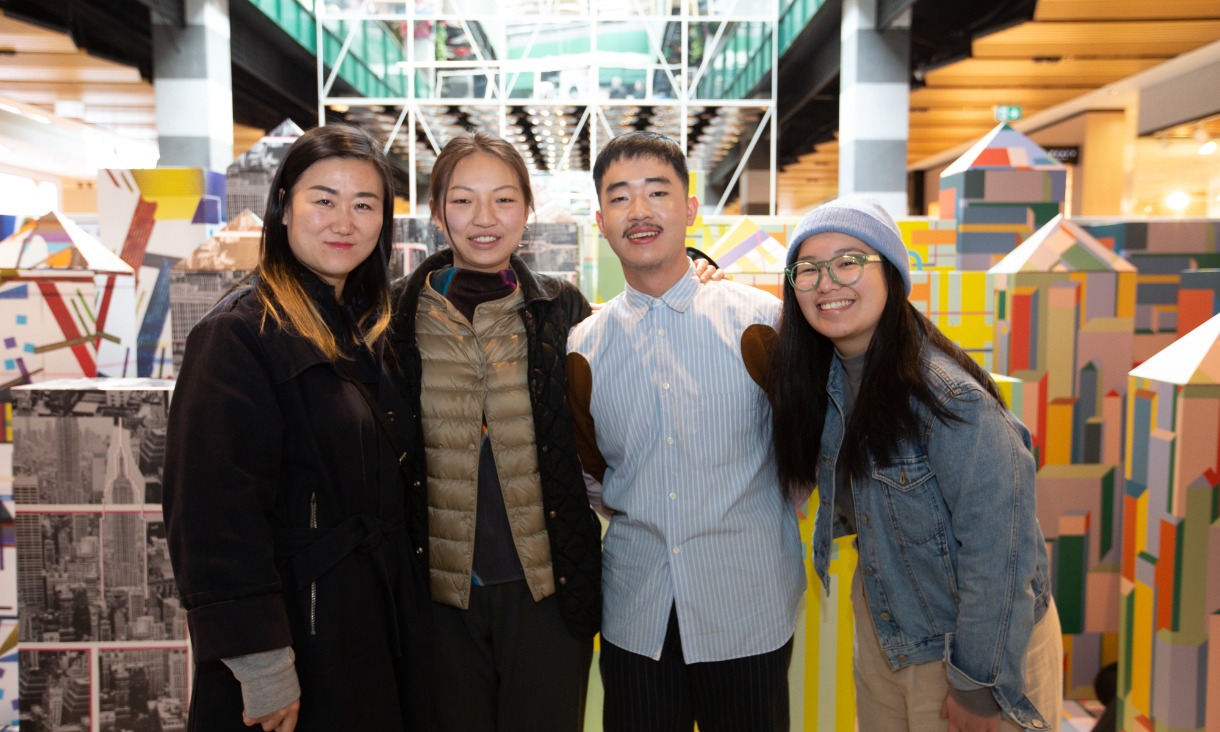 One of the key events on the Melbourne Fashion Week calendar, the Vogue American Express Fashion’s Night Out (VAEFNO) is a global initiative sponsored by Vogue and American Express designed to encourage consumers to shop and support the fashion industry.

Since launching in New York in 2009, the event has now spread to 16 countries.

School of Fashion and Textiles students featured in a range of events at Melbourne Fashion Week, including the famed Student Runway, while Bachelor of Fashion (Design) student Ryley Wilson was named one of three winners of the Specsavers Young Innovator Design Competition.

The world is rapidly changing around us, and now more than ever people are (re)thinking their careers. Do you need to upskill or reskill? Here’s six reasons why studying VE could be perfect for you.

Many Victorians returning to stage three lockdown will be looking for ways to pass the hours at home. And some will be turning to birdwatching.