The 25th Anniversary of the Formula 1® Australian Grand Prix is set to get underway from 12-15th of March, with RMIT the Official Education Partner for the fifth year.

RMIT’s capabilities in 3D printing, robotics, renewable energy, and Esports will be on display through interactive projects presented by students and researchers at the Versor Innovation & Tech Hub.

One of the main attractions at the RMIT exhibition will be the Australian Technology Network’s (ATN) Solar Car – Priscilla. 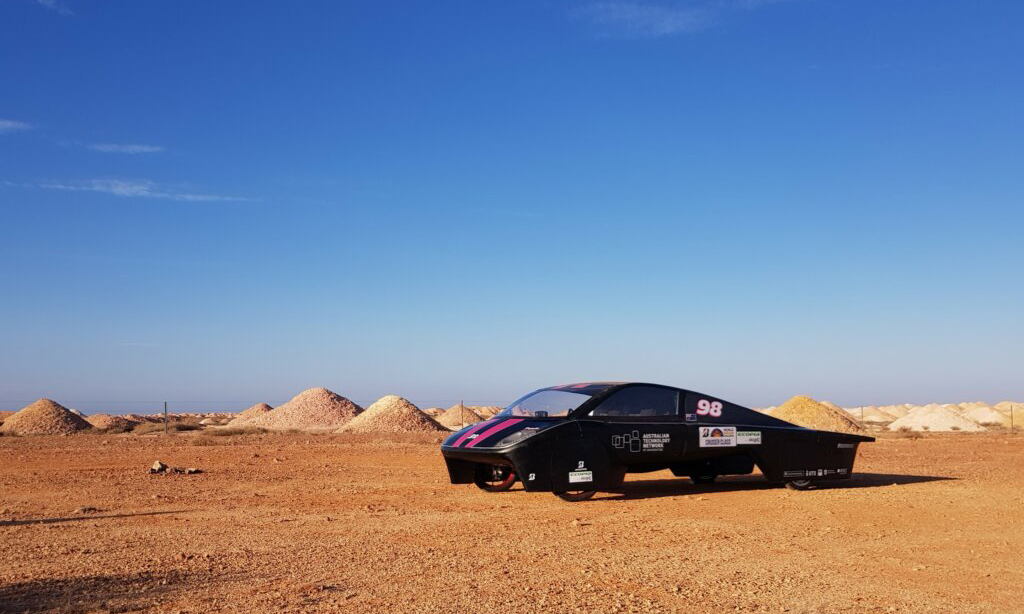 Priscilla is a high-tech, aerodynamic, carbon fibre solar electric sports car. It was designed and built by RMIT students in collaboration with five universities from five different states.

It has a top speed of 130km/h and can drive 1,200km without external charging; much more than electric vehicles on the market today.

Priscilla competed in the 2019 Bridgestone World Solar Challenge – a race from Darwin to Adelaide powered only by the energy of the sun.

Simon Watkins, a professor in Mechanical and Automotive Engineering at RMIT, said while solar-powered cars are unlikely to be used by the general public in the near future, they could provide useful top-ups of power for electric cars.

“For the ATN Solar Car Team in 2020, we want to continue to develop, concentrating on reducing energy usage and improving reliability to cross the Australian continent,” said Watkins.

Another key feature of this year’s exhibition will be the E-Grand Prix, an Esports racing simulator developed in partnership with RMIT and the AGPC.

Fans will have the chance to test their skills in an F1 simulator, racing a virtual lap around the Albert Park track.

The fastest times will compete on Saturday, with the winner scoring a hot lap in an F1 two-seater around the Albert Park circuit.

The exhibition focuses on the rapidly developing Esports industry, which in 2019 had a global audience of 454 million and a global economy of more than $1 billion. 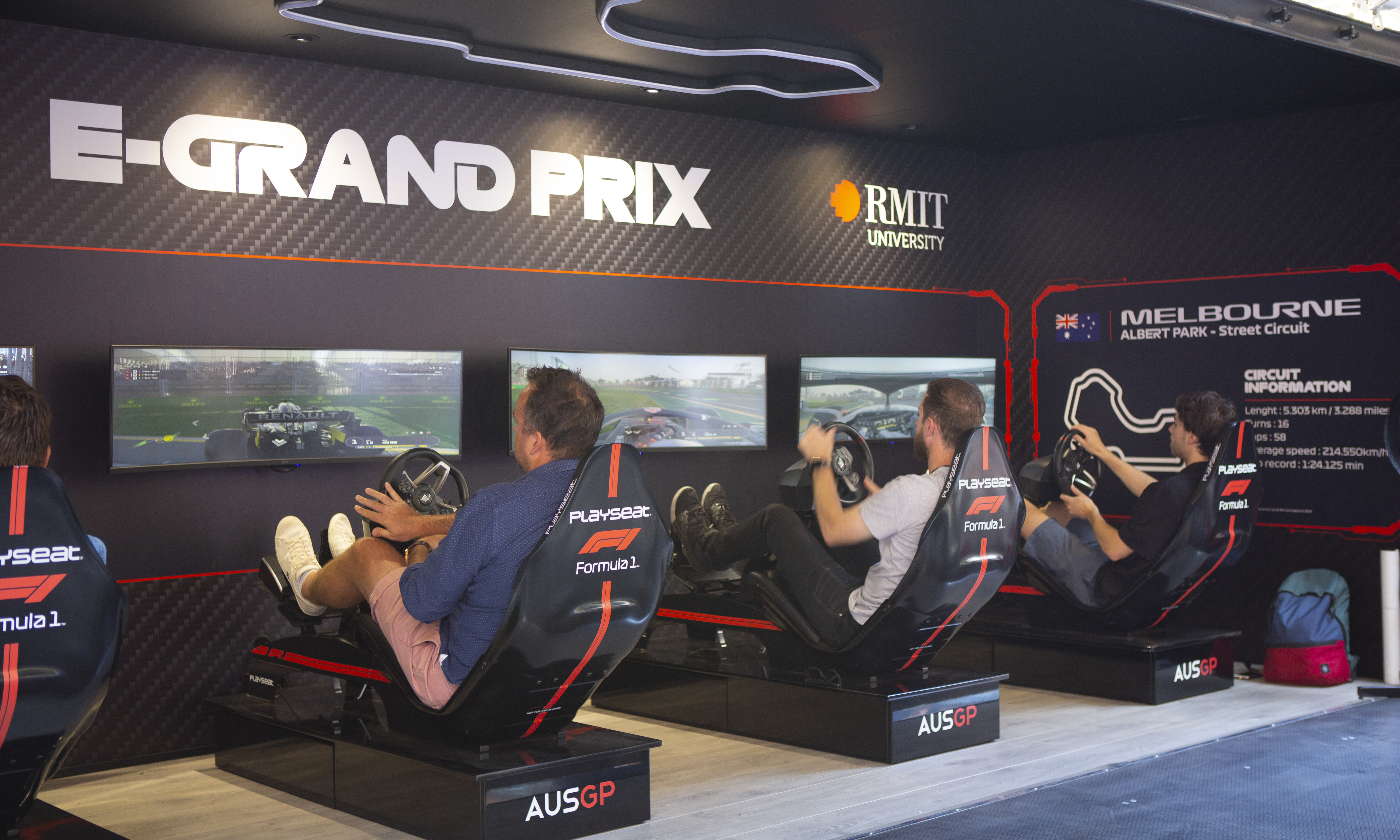 “With Esports’ rapid development and connection with motorsport from grassroots to the elite level, the E-Grand Prix activation is a fantastic opportunity to inspire even more people to be involved,” Craig said.

RMIT’s presence in the world of Esports exploded in 2019, with the launch of two new gaming spaces on campus utilised by more than 6000 gamers.

You will also find members of the Females in RMIT Engineering (FIRE) club at the RMIT exhibition.

Vice President of the club Bethany Dang said it is important to bring together the females in engineering and aviation cohort and encourage networking across disciplines.

“We want to create a strong community of students, staff, academics and industry professionals to support our members,” Dang said.

Only 15.8% of engineering students in Australia identify as female, dropping to 14.4% when focusing on undergraduates.

“We want to start a conversation about diversity and promote engineering to everyone,” said Dang.

“Given the gender ration in the industry, we need to give a bigger focus on supporting and encouraging females in this field.” 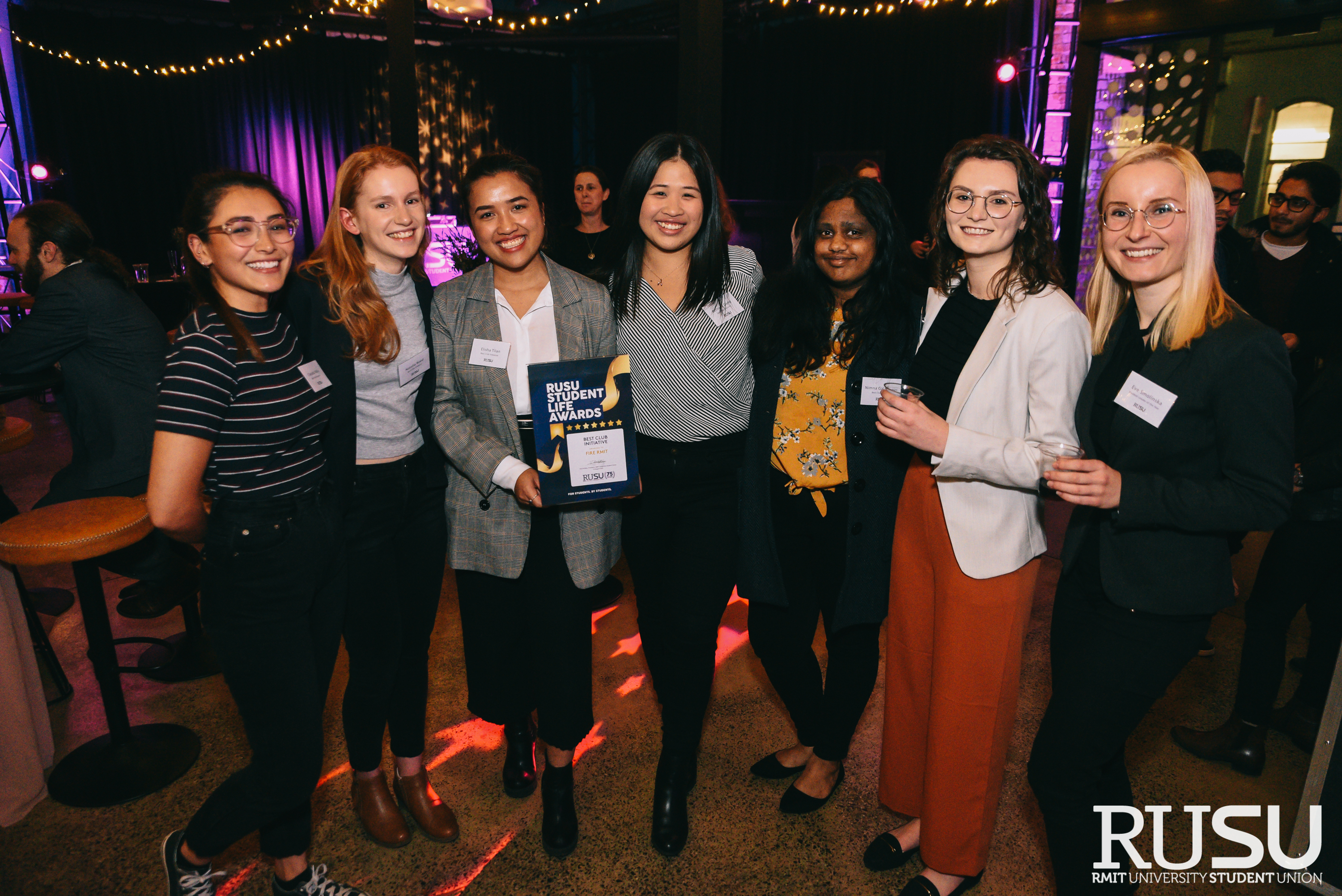 See what else will be on display at the RMIT exhibition at the Innovation and Tech hub.

RMIT School of Fashion and Textiles will be showcasing their student’s innovative fashion designs with a focus on the new textiles forensics research capability.

The Virtual Experience (VX) lab will have Rosie the Robot on display. Participants will be able to interact with the robot through a virtual reality display, with two large screens showing what is happening inside the VR world.

Test your drone-flying skills in a special flying enclosure at the RMIT Unmanned Aircraft System (UAS) exhibit, where you’ll find drones ranging from the size of a desk chair to ones that fit in your hand.

RMIT will have both of its SAE vehicles on display. Formula SAE is the student racing competition organized by SAE (Society of Automotive Engineers). RMIT has Internal Combustion vehicle from RMIT Racing and an electric vehicle from RMIT Electric Racing. The vehicles are conceived, designed, and manufactured by the engineering students at RMIT. The vehicles highlight the world-class engineering experience that RMIT students can engage in. The cars will be in action on the on the pit straight Thursday morning.

The brand-new Australian flight simulator is a fun and realistic way to experience flying. It is exhilarating, immersive and challenging as you are guided through the flight, from take-off through to landing.

RMIT’s Advanced Manufacturing Precinct will have several 3D printers on display, producing various parts over the four days. 3D titanium parts printed for medical and specialist use will be on display, along with the 3D-printed RMIT Mace