New study reveals why flu can be devastating for pregnant women

New study reveals why flu can be devastating for pregnant women

New research helps explain why flu can lead to life-threatening complications during pregnancy, suggesting the virus does not stay in the lungs but spreads throughout the mother’s body.

The pre-clinical study has overturned current scientific thinking on the reasons why flu infections affect pregnant women and their babies so severely.

The findings could also help researchers working to understand the fundamental biology of how COVID-19 spreads from the lungs into the body.

The research, in animal models, showed that during pregnancy flu spreads from the lungs through the blood vessels into the circulatory system, triggering a damaging hyperactive immune response.

Led by RMIT in collaboration with researchers and clinicians from Ireland and Australia, the new study is published in PNAS.

Lead author Dr Stella Liong said the research suggests the vascular system is at the heart of the potentially devastating complications caused by influenza during pregnancy.

“We’ve known for a long time that flu can cause serious maternal and fetal complications, but how this happens has not been clearly understood,” Liong, a Vice-Chancellor’s Postdoctoral Fellow, said.

“Conventional thinking has blamed the suppressed immune system that occurs in pregnancy but what we see is the opposite effect – flu infection leads to a drastically heightened immune response.

“The inflammation we found in the circulatory system is so overwhelming, it’s like a vascular storm wreaking havoc throughout the body.

“We need further research to clinically validate our findings but the discovery of this new mechanism is a crucial step towards the development of flu therapies designed specifically for pregnant women.”

“The discovery of an influenza-induced ‘vascular storm’ is one of the most significant developments in inflammatory infectious diseases over the last 30 years and has significant implications for other viral infections, including COVID-19,” he said. 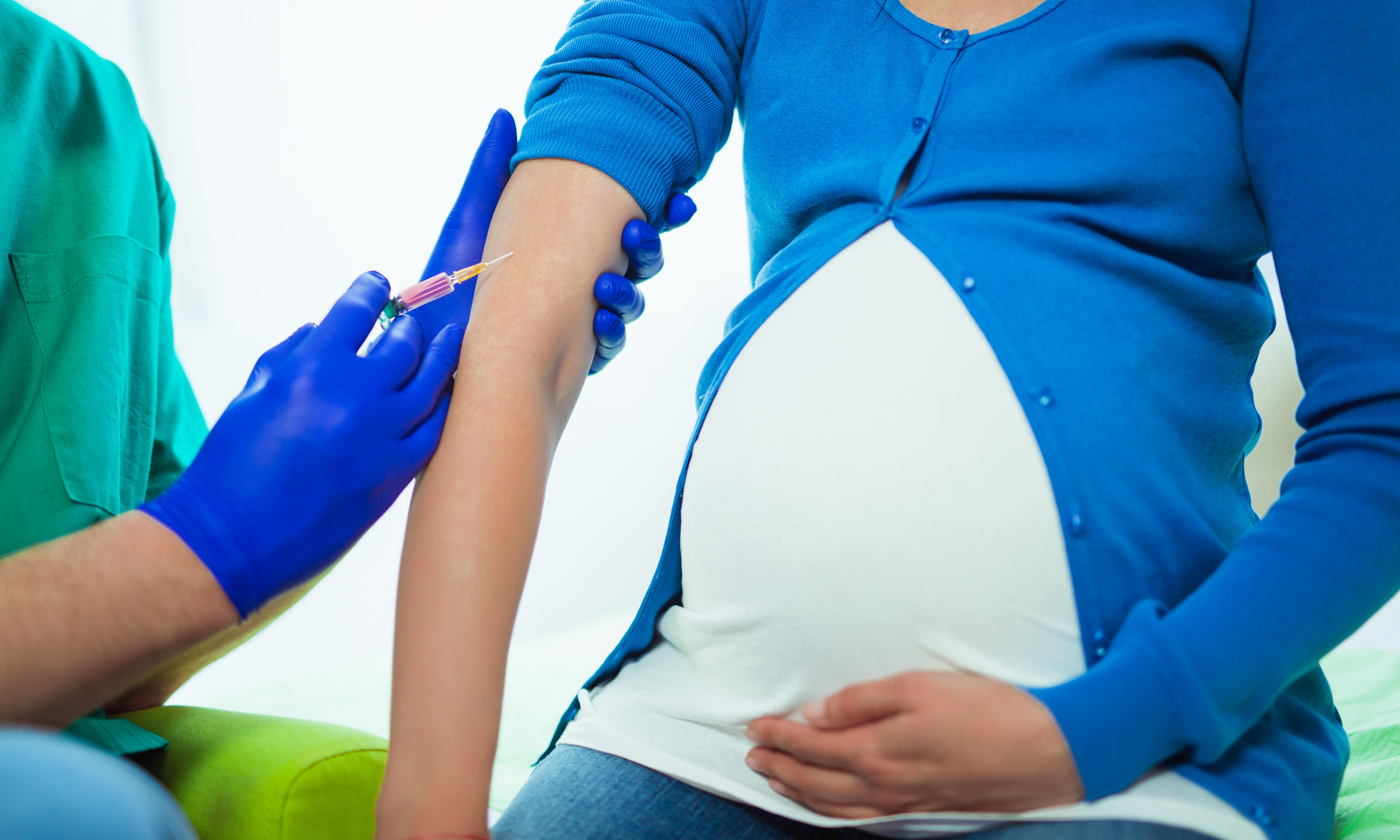 The risk of flu remains a significant issue in pregnancy, with less than 40% of pregnant women getting the flu vaccine in Australia.

Influenza is not directly passed from mother to baby, but its potentially devastating effect on the mother is closely connected to the complications suffered by the baby.

Pregnant women who develop influenza are at higher risk of hospitalisation with pneumonia and other complications, while babies of mothers severely affected by flu are at increased risk of fetal growth restriction, miscarriage and preterm births.

The risk of flu remains a significant issue in pregnancy, with over 60% of pregnant Australian women not getting the flu vaccine.

Scientists have previously thought the reason flu has such serious health impacts is because the immune system is suppressed during pregnancy to enable the fetus to thrive, making it harder to fight infections.

But the new research on Influenza A shows the virus behaves very differently in the bodies of pregnant and non-pregnant mice.

This leads to intense inflammation that drastically affects the function of large blood vessels, which severely impacts on the health of the mother and can also restrict blood flow to the growing fetus.

In the new study, researchers found pregnant mice with flu had severe inflammation in the large blood vessels and the aorta, the major conduit artery from the heart.

While a healthy blood vessel dilates 90-100% to let blood flow freely, the flu-infected blood vessels functioned at only 20-30% of capacity.

Lead investigator Associate Professor Stavros Selemidis, RMIT, said even a small change in the diameter of a blood vessel could have profound changes to blood flow.

“We found a dramatic difference in these inflamed blood vessels, which can seriously affect how much blood makes it to the placenta and all the organs that help support the growing baby,” Selemidis said.

“We’ve known that flu infection in pregnancy results in an increased risk of babies being smaller and suffering oxygen starvation.

“Our research shows the critical role that the vascular system could be playing in this, with inflammation in the blood vessels reducing blood flow and nutrient transfer from mum to baby.”

While the researchers did not directly measure blood flow, the study found an increase in biomarkers for oxygen starvation in the fetuses of the flu-infected mice. 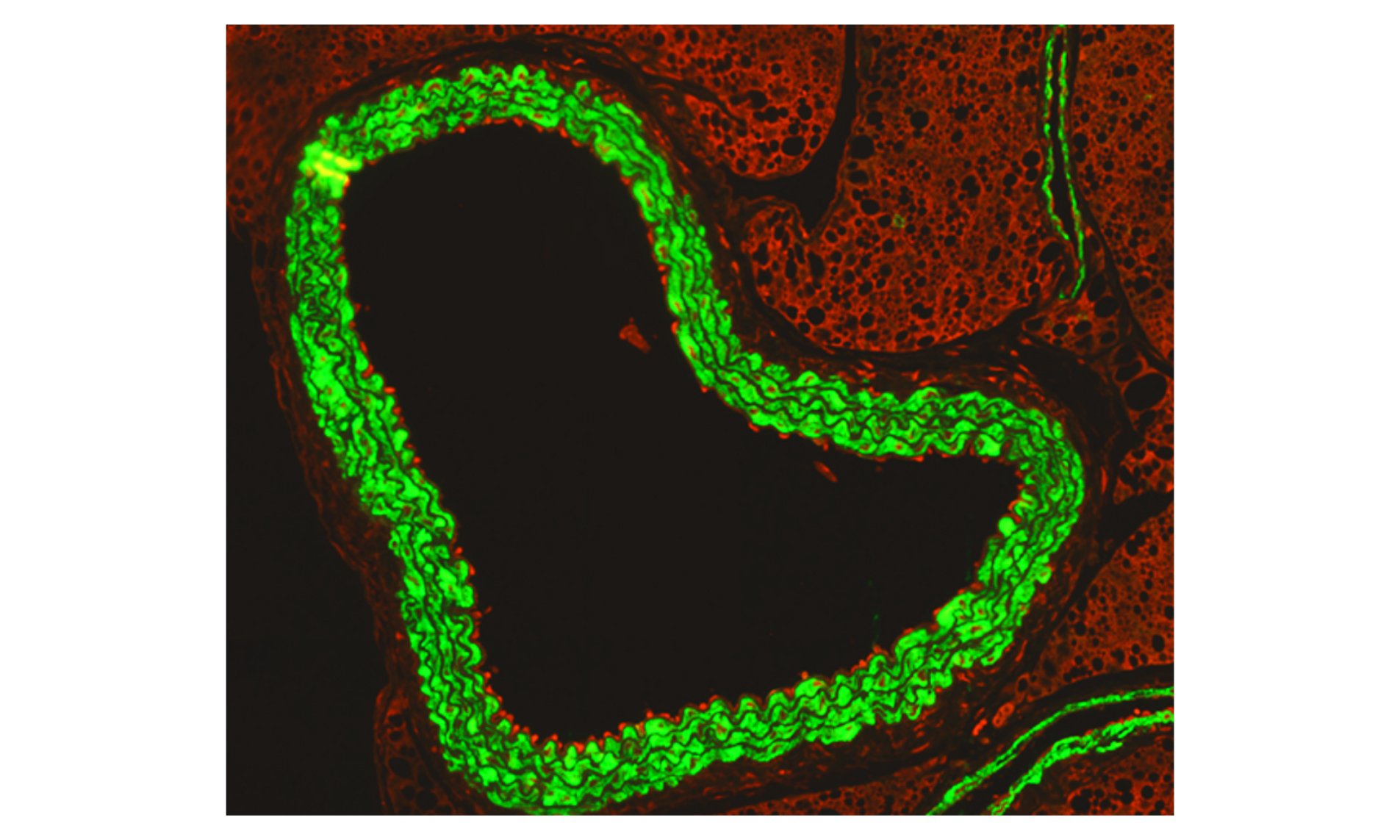 An immunofluorescence microscopy image shows how activated immune cells (red) ‘stick’ to the inside of the aorta (green) during flu infection in pregnancy.

Why pregnancy makes a difference

During pregnancy, the placenta secretes proteins and releases fetal DNA into the mother’s blood, which can cause underlying inflammation.

The new study suggests the influenza infection may tip that underlying inflammation in the mother’s body over the edge, into a full-blown systemic inflammatory event.

“We found the same protein that is elevated in pre-eclampsia is also significantly elevated with flu,” he said.

“While it will take further research to unpack this link, it could mean drugs targeting vascular inflammation that are currently being tested could potentially be repurposed in future for flu infection in pregnancy.”

Liong said the research also has implications for our understanding of how the COVID-19 virus may be affecting the vascular system.

“Flu and coronavirus are different but there are parallels and we do know that COVID-19 causes vascular dysfunction, which can lead to strokes and other cardiovascular problems,” she said.

“Our studies in pregnancy offer new insights into the fundamental biology of how respiratory viruses can drive dysfunction in the vascular system.

“This could be valuable knowledge for those scientists working directly on treatments and vaccines for COVID-19.”

The new study is the culmination of over 10 years’ work by researchers in the School of Health and Biomedical Sciences at RMIT, leading a global collaboration.