The team’s discovery of new cryoprotective agents opens the door to many more being developed that could one day help to eliminate the need for organ transplant waiting lists. Their results are published in the Journal of Materials Chemistry B.

Cryopreservation is a process of cooling biological specimens down to very low temperatures so they can be stored for a long time. Storing cells through cryopreservation has had big benefits for the world – including boosting supplies at blood banks and assisting reproduction – but it is currently impossible to store organs and simple tissues.

Illustration of the team’s cryoprotectant helping to protect a cell against damage during cryopreservation, primarily from dehydration and freezing by preventing the formation of ice crystals that can damage cells. Image: Saffron Bryant

The lead researcher, Dr Saffron Bryant from RMIT University, said that in the United States around 60% of all donated hearts and lungs were discarded.

While figures vary in other countries, preservation and transport times remain a global issue.

“We have these massive organ shortages, and we only have hours to get an organ from a donor to a recipient,” Bryant said. 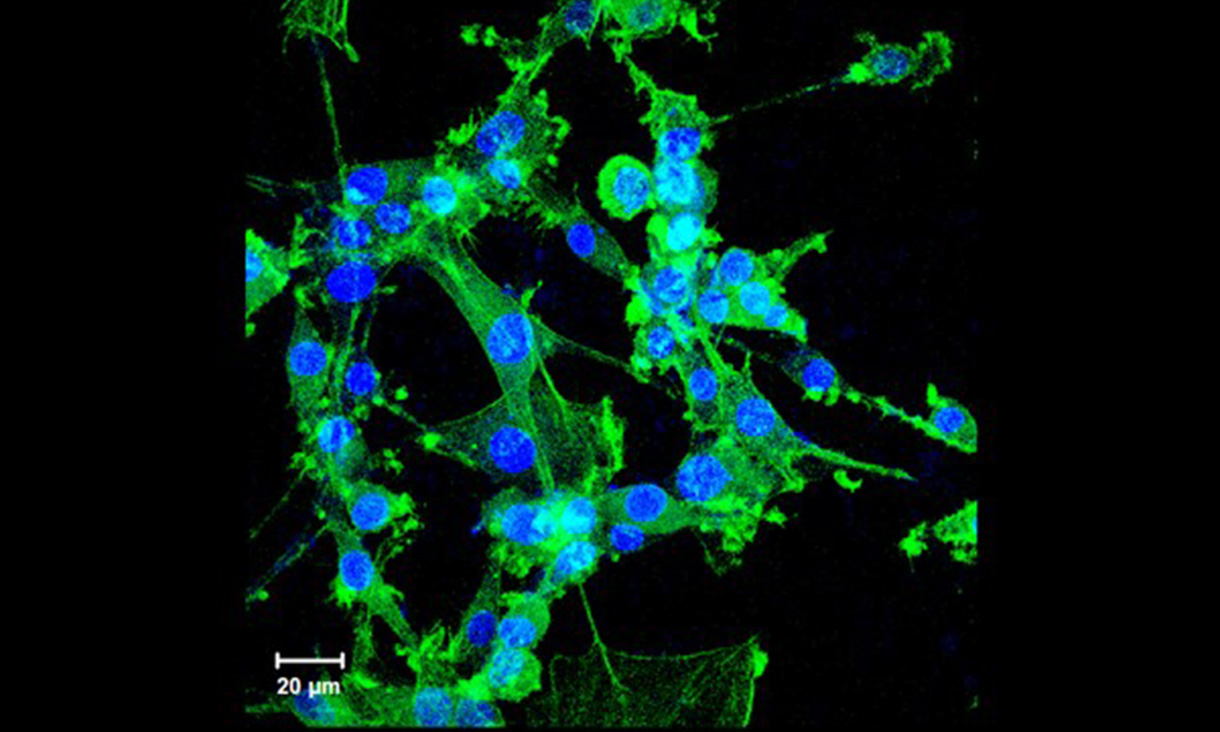 Microscope image of neural cells after freezing with the team’s new cryoprotectant. The cells have been stained with fluorescent dyes. Photo: Saffron Bryant

About 1,850 people are on the waiting list for an organ transplant in Australia, while more than 100,000 Americans are waiting for a transplant.

Bryant said transplant waiting lists could become a problem of the past, as the RMIT team’s discovery of new cryoprotective agents could lead to the development of potentially thousands more that could help keep donated organs viable for years, rather than hours.

“For the past 50 years cryopreservation practices have largely relied on the same two cryoprotective agents, but they don't work for organs and many cell types,” she said.

Cryoprotective agents are like the antifreeze that you put in your car to stop the engine freezing as they allow the storage of cells at very low temperatures, Bryant said.

“These agents help to protect against damage during cryopreservation, primarily from dehydration and freezing by preventing the formation of ice crystals that can damage cells,” she said.

“Ice crystals cause damage inside cells. Cryoprotectants stop ice forming, leading to a glassy structure instead that can solidify but doesn't cause the same sort of damage as ice crystals.”

The research team discovered a cryoprotectant with two agents, proline and glycerol, was effective for all four cell types tested, including skin and brain cells, which were incubated with the cryoprotectant at 37 degrees Celsius before being frozen.

“This cryoprotectant was more effective and less toxic than its individual components,” Bryant said.

“This is one of the first times that this class of solvents has been systematically tested for cryopreservation of mammalian cells.

“This study could lead to the development of potentially thousands of new cryoprotective agents that may be tailored to specific cell types.”

Bryant said incubating these cells with the cryoprotectant at 37 degrees Celsius for several hours prior to freezing and keeping them viable is a crucial step towards the storage of organs and tissues.

“It means we could expose organs to the cryoprotectants for long enough for them to penetrate into the deepest layers of the organ without causing damage,” she said.

“We have a long way to go with our research, as we've only looked at single cells and it's a much more complicated process for organs.

“But if we can develop this approach to store organs, we could eliminate organ shortages – there would be no waiting lists at all.”

As a next step, the RMIT team will investigate ways to cryopreserve new cell types, including some that cannot be frozen and kept viable using current methods.

“We're also working with Lifeblood to investigate cryopreservation of blood products such as platelets, which are vital for the treatment of patients who have suffered significant blood loss,” Bryant said.

“Current technology only enables the storage of platelets for up to a week, but with successful cryopreservation they could be stored for years.”

Unfolding the mysteries of the brain

PhD researcher Ryan Hickmott is using ferret stem cells to grow organoids, which are like miniature brains, to help us better understand the human brain and how we could protect it from degenerative diseases.

Research working towards the development of vaccines that can stop ovarian cancer coming back has been bolstered through new Victorian Government funding.