Dr Sebastian A Rodriguez is an expert in AI applications with a successful track record in translating some of his research into industry by establishing several private companies.

Dr Rodriguez’s research interests include applying AI to industry applications and developing multidisciplinary projects that include a seamless cooperation between AI
and humans to solve complex problems. He is interested in collaborating in a multidisciplinary team that would include researchers from the disciplines of psychology and sociology. 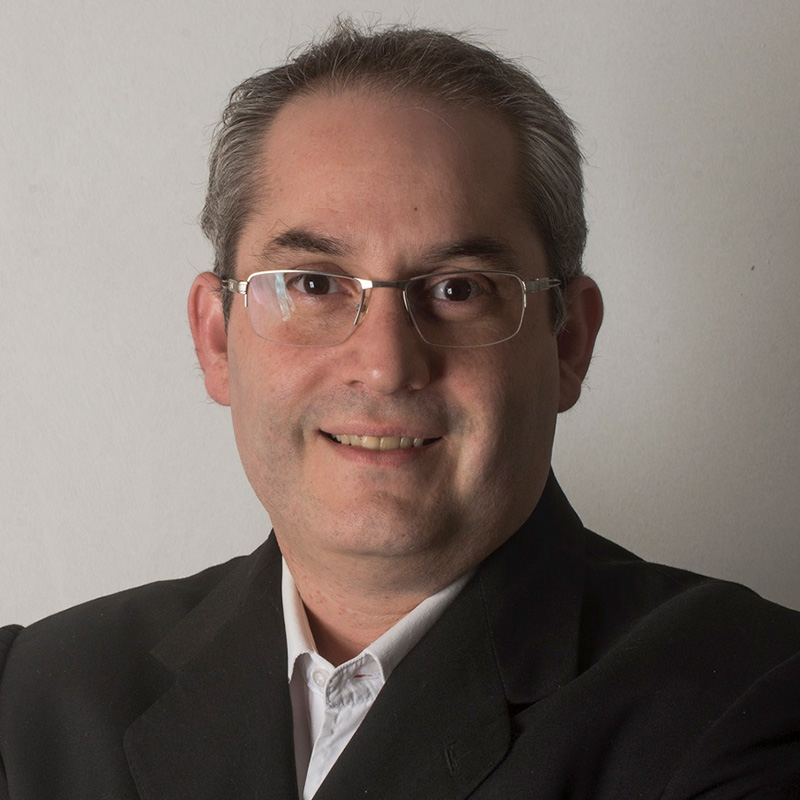 Prior to his appointment at RMIT, Dr Rodriguez was a Full Professor at Facultad Regional Tucumán - Universidad Tecnológica Nacional, Tucumán in Argentina where he founded and directed the Grupo de Investigación en Tecnologías Informáticas Avanzadas (GITIA). He was also the Program Manager for the Master of Information Systems Engineering.

Dr Rodriguez completed his PhD in Computer Science at the Université de Technologie de Belfort-Montbéliard, (UTBM) Belfort, France in 2005. His research work was titled, ‘From analysis to design of Holonic Multi-Agent Systems: A Framework, Methodological Guidelines and Applications’.

After completing his PhD, Dr Rodriguez remained at UTBM as an Associate Researcher in the Systems Laboratory of Transport with some teaching in the Department of Informatics. During this time, Dr Rodriguez had a dream to return to his province, Tucumán, Argentina and to make a difference there.  By 2007, he came back to his native land where he was appointed R&D Director at RANLogic and QB9.

Dr Rodriguez's research and entrepreneurial expertise have been enriched through his array of global networks with his contemporary affiliations and earlier research work in Argentina and France. From 2009 to 2018, Dr Rodriguez took advantage of the many invitations from various universities to widen his research strengths and global collaborations, which finally led to his present appointment in Australia at RMIT. In collaboration with Prof John Thangarajah (Primary CI), Dr Rodriguez (also, a CI) was awarded the Defence Science and Technology Group Grant for the project, ‘Developing the tactical development framework tool’ from 2019-2021.

Dr Rodriguez’s industry and research experience gave him the confidence to successfully translate his AI research into industry through several start-up companies including Voxelia S.A.S in France, which focused on the application of AI to Simulation and 3D virtual environments. He also started up Navitas S.A., a company in Argentina that focusses on the application of AI to Energy management and energy efficiency. His latest venture is with Stampa Tech S.A.S, another start-up company that is applying AI to media companies and new business models.

After his short assignment within industry in 2007, Dr Rodriguez returned to academia in 2008, where he took on the responsibility to establish an AI group in Tucumán. In this role, he came to see how he could make a difference upon the realisation that Tucumán, ‘the most densely populated, and the second-smallest by land area, of the provinces of Argentina’ (Tucuman population density) still lacked the opportunity to provide students with postgraduate courses.

During a sabbatical in France in 2013, Dr Rodriguez in collaboration with colleagues, designed and released a new programming language for agent-oriented systems. From here, he became Lead Designer and developer of SARL. This system is currently being used at various institutions.  Prior to this, Dr Rodriguez was Lead Developer for Janus Platform and collaborated with MADKit Platform.

One of Dr Rogriguez’s academic and personal achievements was his role as Director of the Masters on Information Systems Engineering at Facultad Regional Tucumán -Universidad Tecnológica Nacional (UTN) where he pushed the agenda to offer postgraduate courses in the province. By 2009, he had championed the establishment of GITIA (Grupo de Investigación en Tecnologías Informáticas Avanzadas), when translated reads as Research Group in Advanced Computer Technologies.

During his time as Director, he supervised the first three graduates in PhD Degrees. GITIA’s reputation for high standard postgraduate courses quickly grew and this helped it to appoint several international researchers as well as host many research projects, providing a growing number of students with research and post-graduate opportunities.

What do you wish you knew more about?

"Music and Art of all kinds. I would love to better understand the different styles of art, meaning and interpretation.  And psychology. I find the human mind is something fascinating and intriguing. We are capable of so much. I would have loved to work in this area."

How different was your life one year ago?
"I was getting ready to move to Australia with my whole family over a year ago. I was planning to start a new adventure with them (new job, new school, new friends) and so far, it has been great (despite a very strange 2020)."

Dr Rodriguez is interested in collaborating with other researchers in different fields where intelligent systems can have an impact and to look at how to model, design, implement, deploy and operate these systems in real-world scenarios.

If you are interested in having your staff profiled by the ISE ECP or would like to nominate an ECR within your team to be profiled, please contact: