Australians could soon be using their smartphones to combat a deadly form of air pollution, thanks to a potentially life-saving breakthrough by RMIT University researchers. 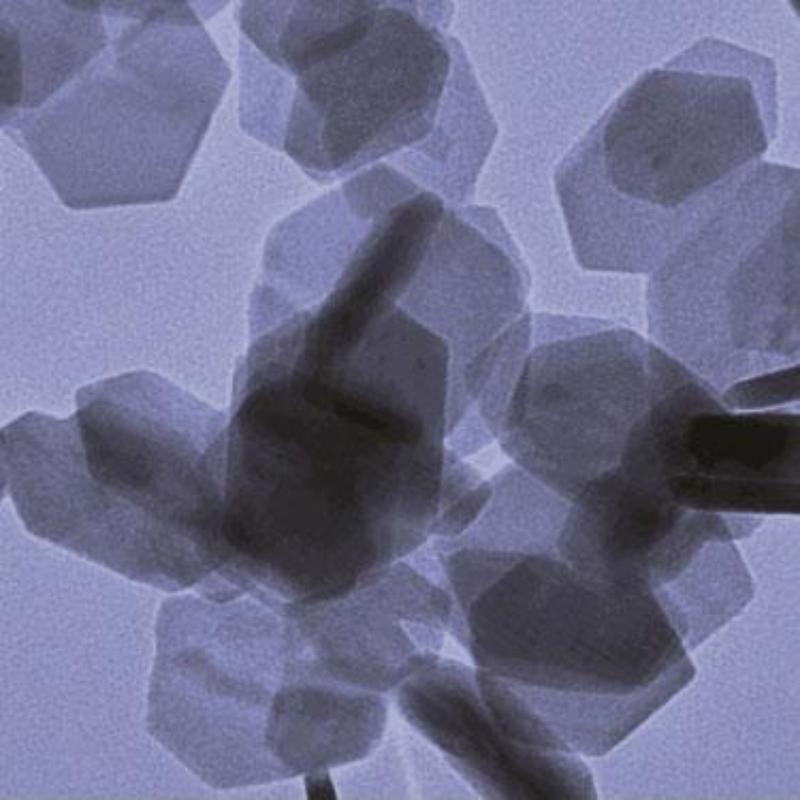 An electron microscope image of the NO2 sensitive layer made of atomically thin flakes of tin disulphide, magnified 500,000 times.

Experts have developed the first low-cost and reliable method of detecting nitrogen dioxide (NO2), a significant air pollutant than contributes to more than seven million deaths worldwide each year, according to the World Health Organization (WHO).

The gas increases the risk of respiratory disorders in children and can severely affect the elderly in particular.

Project leader Professor Kourosh Kalantar-zadeh, from RMIT’s Centre for Advanced Electronics and Sensors (CADES), said the negative impact of nitrogen dioxide could be prevented by access to personalised, highly selective, sensitive and reliable monitoring systems that could detect harmful levels of the gas early.

“The revolutionary method we’ve developed is a great start to creating a handheld, low-cost and personalised NO2 sensor that can even be incorporated into smartphones,” Kalantar-zadeh said.

“Not only would it improve the quality of millions of people’s lives, but it would also help avoid illness caused by nitrogen dioxide poisoning and potentially even death.”

The main contributors of nitrogen dioxide are the burning of fossil fuels, particularly in coal-fired power stations and diesel engines (as highlighted by the recent Volkswagen emissions scandal), which can impact on the health of people in urban areas.

“A lack of public access to effective monitoring tools is a major roadblock to mitigating the harmful effects of this gas but current sensing systems are either very expensive or have serious difficulty distinguishing it from other gases,” Kalantar-zadeh said.

“The method we have developed is not only more cost-effective, it also works better than the sensors currently used to detect this dangerous gas.”

Kalantar-zadeh developed the new method for sensing nitrogen dioxide together with fellow RMIT researchers and colleagues from the Chinese Academy of Sciences.

The sensors, which operate by physically absorbing nitrogen dioxide gas molecules onto flakes of tin disulphide, not only increase the level of sensitivity to accepted EPA standards, but outperform any other nitrogen dioxide sensing solutions on the market.

Tin disulphide is a yellowish-brown pigment generally used in varnish for gilding. To create sensors, researchers transformed this material into flakes just a few atoms thick.

The large surface area of these flakes has a high affinity to nitrogen dioxide molecules that allows its highly selective absorption.

A research paper by the team, which includes first author Dr Jian Zhen Ou, has been published in the prestigious journal ACS Nano.