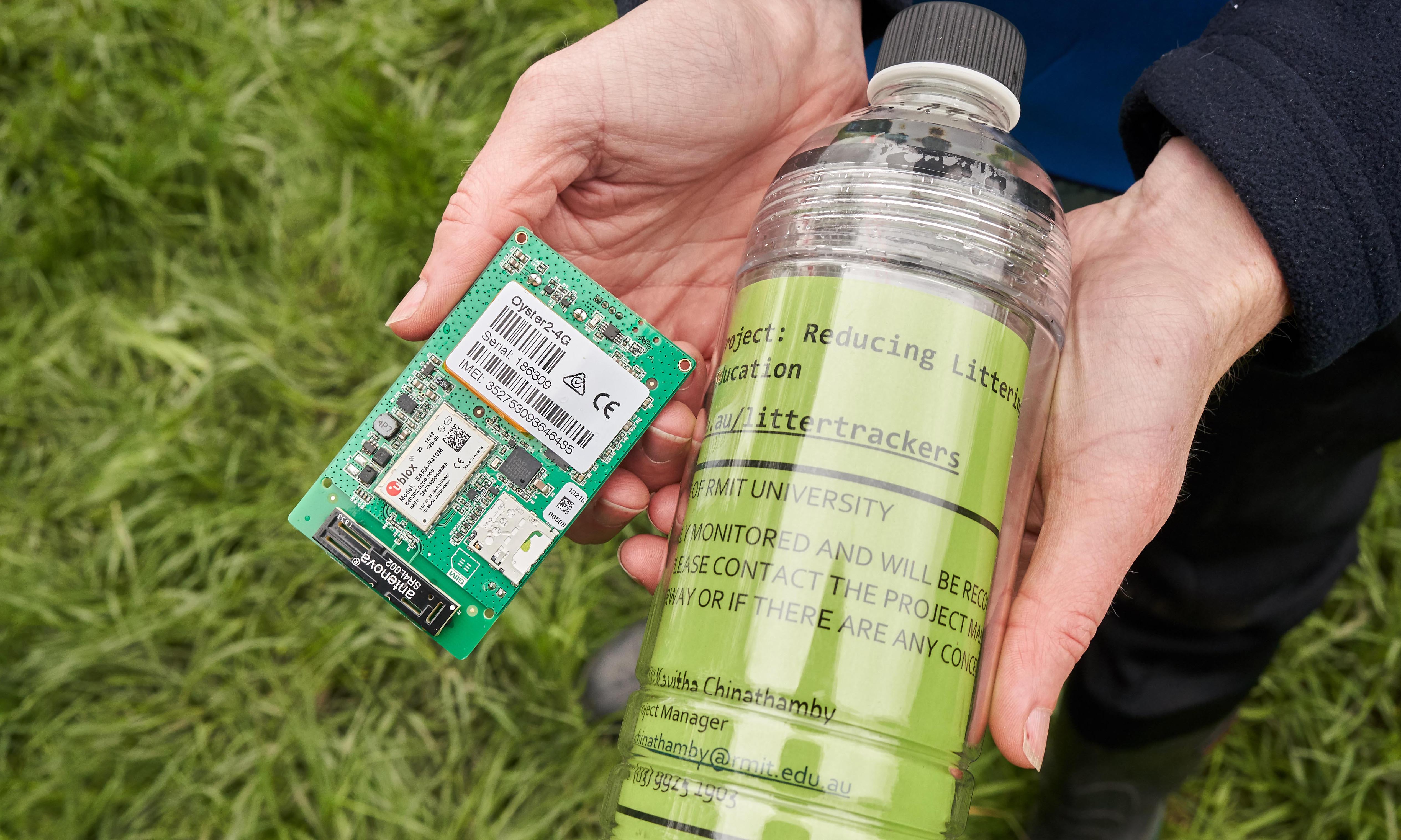 The Litter Trackers: ‘Burbs to the Bay project connects scientists with schools and community groups to launch GPS tracked bottles into Geelong’s waterways to demonstrate how and where litter travels in our waterways.

The project aims to reduce littering in Geelong, Bellarine and the Surf Coast and educate communities about the environmental effects of litter on our waterways to empower individuals with the knowledge to make informed choices about preventable litter pollution.

The Litter Trackers: ‘Burbs to the Bay is a collaborative project between RMIT University, Corangamite Catchment Management Authority and Bellarine Catchment Network, supported by Coastcare Victoria and the Victorian Government. It is funded by the Coastcare Victoria Community Grants (reference number OPP-47712). 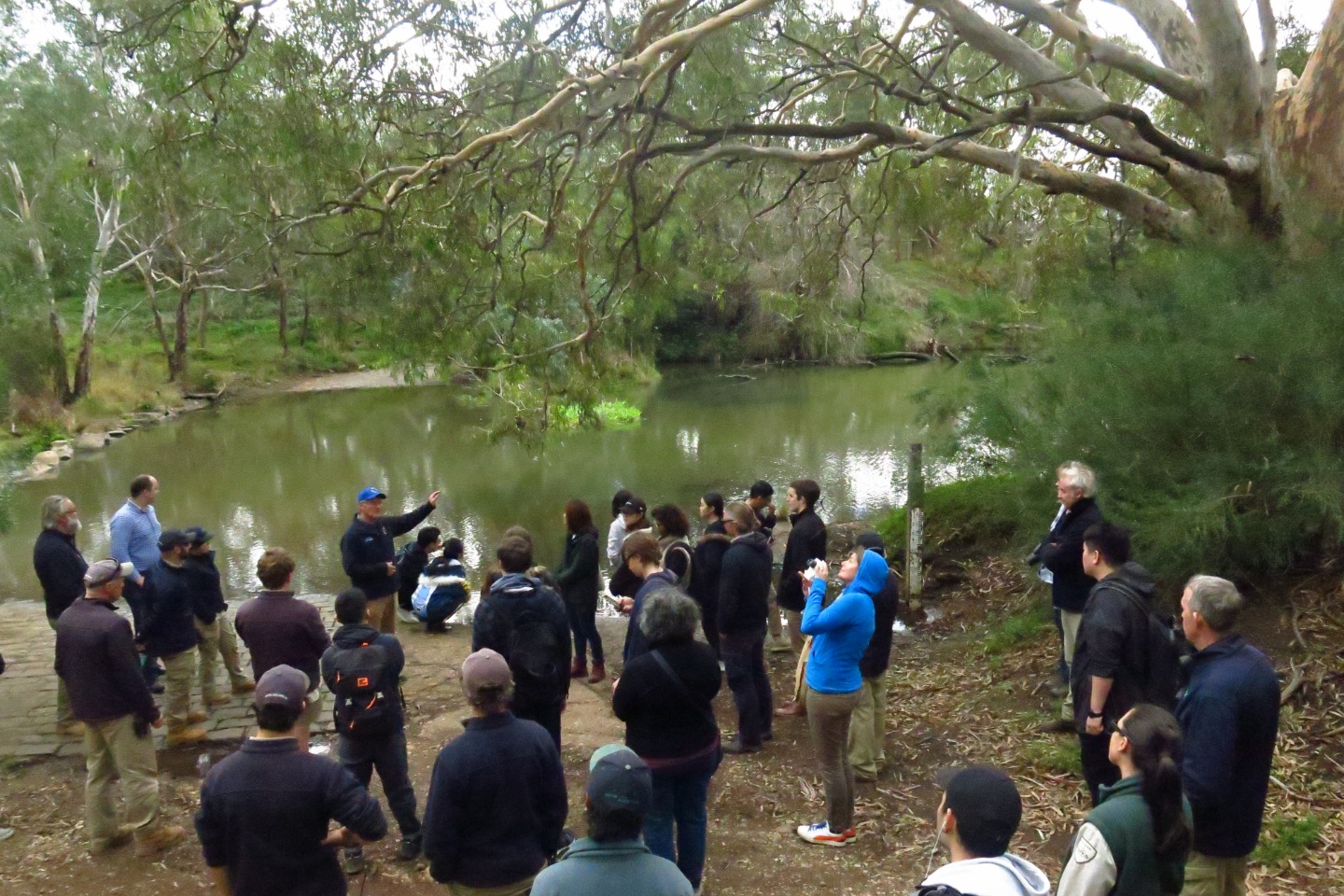 Greater Geelong and Surf Coast Event 2022 Round Up 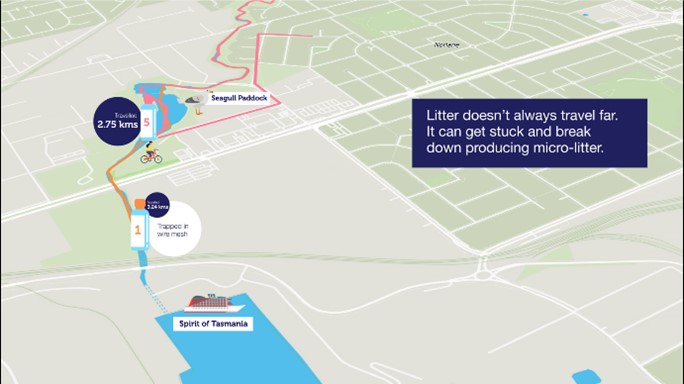 Litter Trackers ‘Burbs to the Bay 2022

Why is it important?

Litter is the most visible pollutant in the environment.

Every year 0.8-2.7 million tons of litter enters waterways and oceans. From cigarette butts to plastic bottles, most of what we drop on the street is transported into local creeks and rivers by stormwater runoff and washed onto our beaches or into our oceans. Here, it slowly weathers and degrades over time into microplastic, accumulates on shorelines, sinks to the seabed or floats on the sea surface where it reduces water quality and causes harm to aquatic life.

Litter items may end up trapped in stream-side vegetation, collected by litter traps, or transported along the waterway where it eventually ends up in the ocean. Litter affects several of our industries such as fisheries and aquaculture, tourism and shipping, which has a direct and avoidable economic cost to local and state governments, and to communities.

The price tag of litter in our oceans is estimated to exceed $197 billion USD by 2030.

The Victorian Government is working to protect our waterways and Port Phillip Bay by reducing litter.  As part of the ‘Burbs to the Bay project, schools and community groups will release bottles fitted with GPS tracking devices in various creeks and rivers across greater Geelong to simulate the movement of litter through waterways.

The project aims to reduce littering by educating communities about the environmental impact of litter on our waterways through awareness raising, educational programs in schools and improving our understanding of how litter moves from our suburbs to our beaches, bays and oceans.

Through the Litter Trackers: ‘Burbs to the Bay project, everyone can join in driving change and building a cleaner, healthier future for Victoria’s waterways and bays.

Check out where previous Litter Trackers have travelled

The Litter Trackers was a collaborative project between RMIT University and Melbourne Water, supported by the Victorian Government as part of the Port Philip Bay Fund project 6076. GPS tracked bottles were released into 20 waterways across Greater Melbourne. You can check out the Litter Trackers journeys through 5 of these waterways via the animation videos and all journeys via the tracking data provided in the links below.

Watch animations of the journeys other Litter Trackers have taken by clicking the buttons below.

How can you be involved?

Learn more about what is being done to stop litter

Learn more about what is being done to stop litter

Find out more about our researchers and the work that they are doing through Aquatic Environmental Stress (AQUEST).