Fact check: Are carbon emissions coming down in Australia?

Fact check: Are carbon emissions coming down in Australia? 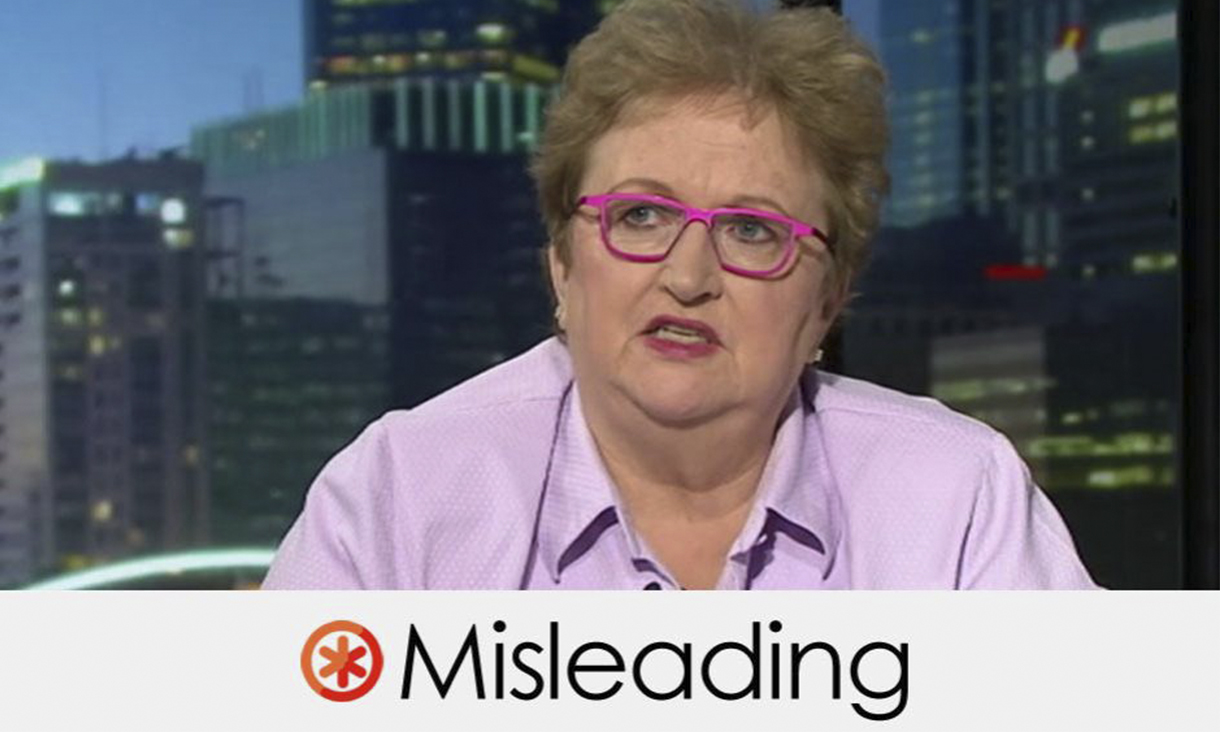 During a recent episode of the ABC's Q&A program, former Liberal minister Amanda Vanstone claimed "emissions are coming down" in Australia.

Other panellists on Q&A contradicted Ms Vanstone, saying emissions were rising. This prompted many viewers of the program to call on RMIT ABC Fact Check to investigate Ms Vanstone's claim.

Latest federal government figures suggest that although greenhouse gas emissions have fallen over the past 10 years, emissions started trending upwards again about four years ago.

The upturn, since 2014, has coincided with the Abbott government's removal of the carbon tax.

Also, while emissions from electricity production have been falling, the decrease has been outweighed over the past four years by rising emissions in other sectors of the economy, such as transport, where emissions are associated with increased LNG production for export.

Emissions can be measured in different ways: for example, as total emissions or emissions per capita or per GDP.

In the past year, Australia's total emissions have been rising. But emissions per capita or per dollar of real GDP have been falling, mainly due to Australia's rapid population growth.

However, it is worth noting that Australia's progress in cutting emissions under its international obligations (the Paris Agreement) is measured by changes in total emissions rather than by other measures.

As one expert put it: "The atmosphere doesn't care how many people are contributing to emissions; it's the total quantity of emissions that matters."

Ms Vanstone made her claim during a discussion on Q&A about a protest by Australian schoolchildren titled 'Strike 4 Climate Action'.

She was speaking about the climate policies of Australia's two major political parties, and in the broader context of greenhouse gas emissions and their impact on the environment, as perceived by young people.

Ms Vanstone did not specify which kind of emissions she was talking about. Nor whether she was referring to simple totals or ratios.

Fact Check invited her to clarify this. She said she had not been expecting to talk about emissions: "I can't tell you that I had a particular tight construct in my head at the time," she said.

"I think I was just making a general remark about emissions generally over a long period of time."

Fact Check considers it reasonable to assume that her claim refers to Australia's total greenhouse gas emissions over the past 10 years — the length of time examined by the Government's most recent report on emissions.

What others are saying

Ms Vanstone is not alone in claiming emissions in Australia are decreasing, though other speakers have been more specific.

Liberal senator Linda Reynolds, also on Q&A, said carbon emissions per capita and by GDP were at their lowest levels in 28 years.

Nonetheless, she acknowledged that total emissions had risen over the year to June 2018.

Others have also pointed to the rise in total emissions.

Labor senator Lisa Singh, another of the recent Q&A panelists, argued that "emissions have continued to go up since 2011".

And on ABC radio the same week, Richie Merzian, the climate and energy director for think tank the Australia Institute said: "For the last four years, Australia's greenhouse gas emissions have been increasing."

Breast cancer patients and survivors are turning to Instagram as a source of social support and to share often hidden aspects of health care treatments, a new study shows.

Mixing business with pleasure: The couple who made it work

After dating only six months, Brent and Katie Rooke started the Executive Master of Business together. Four years, a wedding, and a baby girl later, they’ve graduated together, too.