What do crocodiles, crime rates and codeine have in common? They’ve all been fact checked. Read more about the increasingly important skill that sorts fact from fiction. 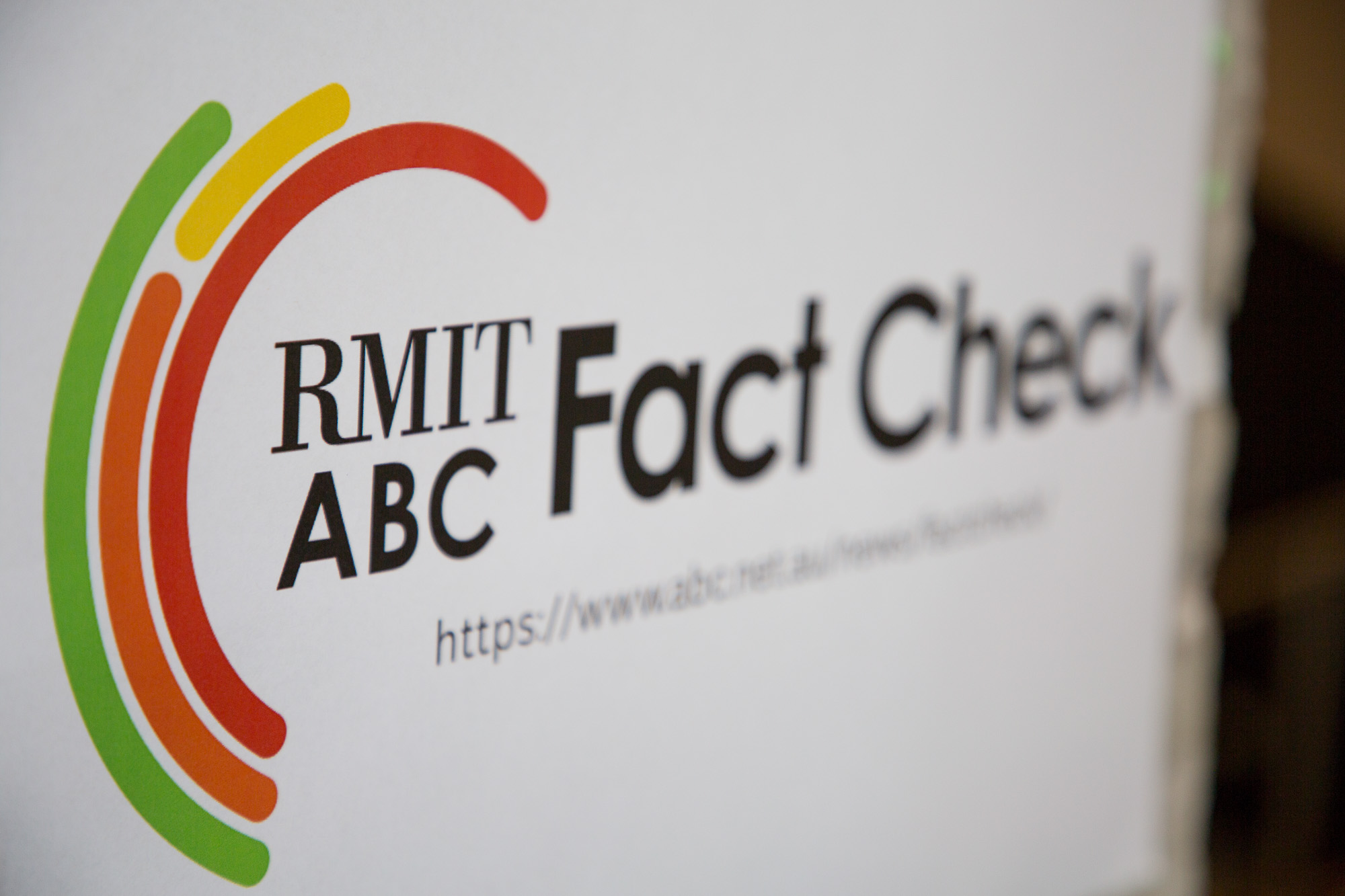 The RMIT ABC Fact Check Unit is based at RMIT’s City campus. RMIT media and communication students work alongside experienced journalists on all aspects of fact checking, from researching and social media to production.

When federal politician Bob Katter remarked “every three months a person is torn to pieces by a crocodile in north Queensland”,  the RMIT ABC Fact Check team knew they had to investigate the claim.

As RMIT ABC Fact Check Director Russell Skelton said: “We’re not about gotcha but we knew the crocodile claim had some bite.”

Katter's comment went viral on social media in November 2017 and the team of journalists, based at RMIT’s City campus, got to work.

They contacted experts in the field for opinions and guidance on available data and sought clarification from Katter to confirm the basis of the claim.  The expert opinion and data were compiled into a draft, which was reviewed by the chief fact checker.

After further consultation between the researcher and the chief fact checker, the team discussed the findings, including the wording of the verdict (e.g. “Misleading”, “Correct” or “Wrong”).

The verdict in this instance? There was no evidence to support Katter’s comment. Long-term figures from the Queensland Department of Environment and Heritage Protection showed a rate of one fatal crocodile attack every three years since 1985.

The result of the fact check? The published investigation led to international recognition for RMIT ABC Fact Check. The team won a major award at the fifth international fact checking summit in the ‘most absurd fact check’ category.

Journalists have traditionally been considered the gatekeepers of information in the public discourse, making decisions about what is newsworthy, what is worth investigating or reporting, checking it for accuracy and letting it through the media “gate” and out into the world.

But, in the age of social media and online disruption, politicians, business leaders and other public figures have their own channels to get their message out to the public on their own terms.

As a result, people are increasingly exposed to information that has not been tested or checked by journalists. Fake news and disinformation are buzz words in their own right, with “fake news” named as the Macquarie Dictionary 2016 word of the year.

The fact checking of public statements and claims has now become a distinct journalistic practice and something RMIT Journalism Lecturer Gordon Farrer called a “huge shift” in the way claims and statements made by public figures were checked.

He said the need for statements to be verified after they’ve entered the public sphere had never been greater.

“Fact checking organisations have spread around the world, they're a global phenomenon,” Farrer, who is researching fact-checking for his PhD, said.

The phenomenon extends to an industry association, the International Fact Checking Network, which hosts an annual conference.

To be accredited as legitimate fact-checkers, organisations must be assessed and meet strict disclosure and methodology guidelines.

Fact checking has spread far and wide in the past decade. More than 200 practitioners from around the world, including several from RMIT ABC Fact Check, attended this year’s event in Rome. Attendees at the first conference in London in 2014, fitted into a single room. 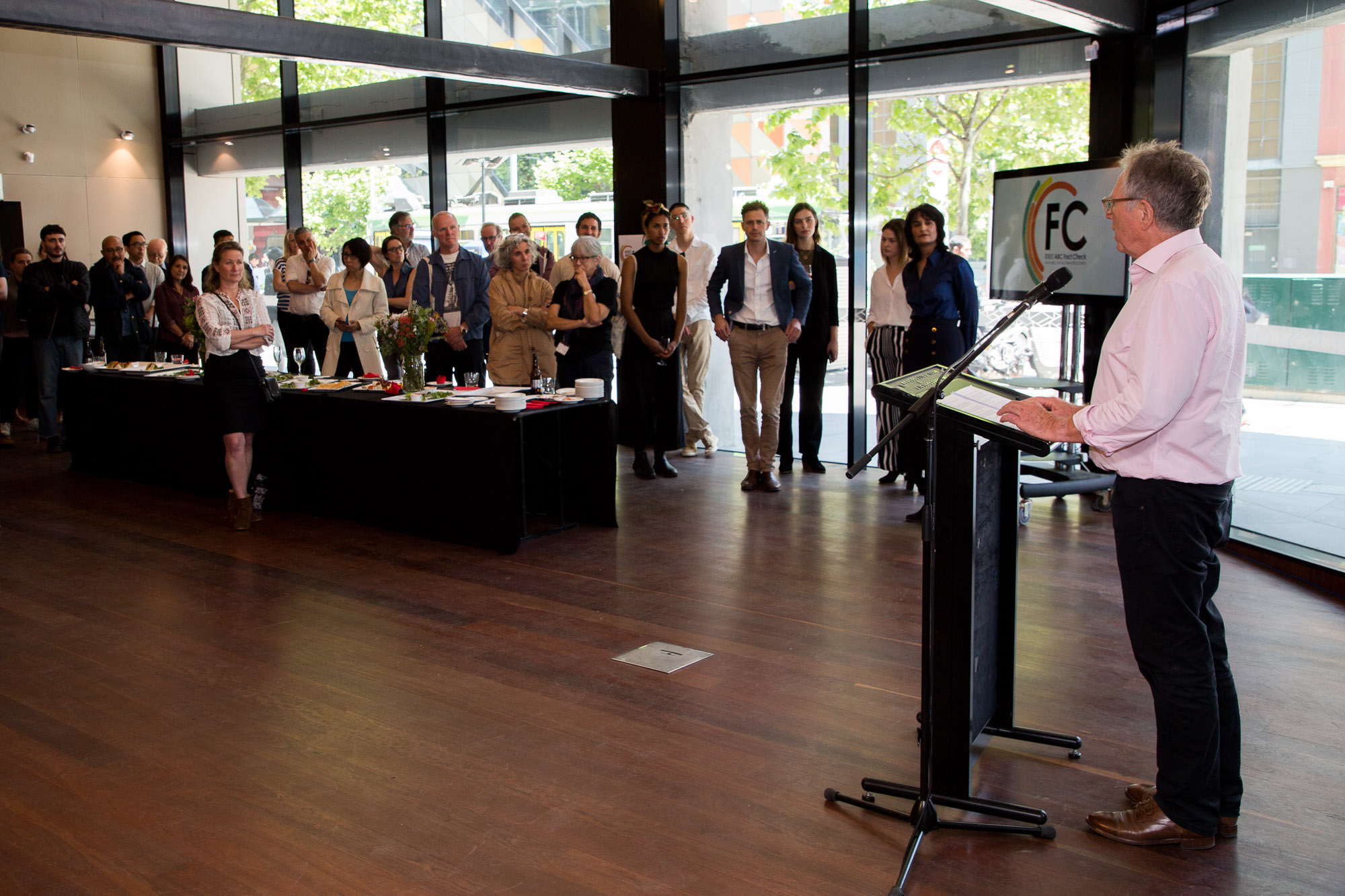 RMIT ABC Fact Check Director Russell Skelton at an event to mark 18 months since the first fact check under the new partnership.

When the ABC News fact checking division closed after the July 2016 federal election, many wondered who would check claims, help inform and add value to the national conversation.

But the award-wining news service was relaunched the following February under a partnership with RMIT, meaning it could once again test the veracity of claims made by politicians and public figures.

Now the team is celebrating 18 months since the first fact check was published under the partnership.

Since then, fact checks about whether 400 white South African farmers were murdered last year, whether more than half of Australia's working-age Muslims weren’t in the workforce and whether two-thirds of negative gearers had a taxable income under $80,000 had readers visiting the ABC website in their hundreds of thousands.

Walkley Award-winning journalist Skelton founded and ran the original ABC Fact Check from 2013 until mid-2016 and continues to oversee the unit.

The team includes RMIT media and communication students on work-integrated learning programs, collaborating with experienced journalists on all aspects of fact checking, from researching and social media to production.

“Thanks to the partnership between RMIT and ABC, the Fact Check unit is bigger and better – richer in resources with the serious backing of our experienced and skilful team,” Skelton said.

“RMIT has made sure we have the resources to do the job and the ABC has given us the platforms in which to disseminate our content.”

Nearly 9,000 RMIT students graduated yesterday and many will enter the ever-changing world of work. They’re transitioning to a world where disruption is the norm, careers are jungle gyms not ladders and the jobs of tomorrow haven’t been created yet.

To respond to the growing need to identify misinformation and disinformation, RMIT is increasing its fact checking and verification offerings.

Farrer has developed a dedicated fact-checking and verification subject, which will be compulsory for first-year journalism students.

Spotting photoshopped images and fake social media accounts and learning how to verify Google Earth images are among the skills Bachelor of Communication (Journalism)  students will learn from next year.

Farrer said the subject, the first of its kind offered by an Australian university, is about teaching students to think like a detective.

“Journalists need to think like they are an investigator, not just a journalist who's just gathering information and putting it together,” he said.

“Unless you understand the context of any piece of information you don’t really know what its significance is.”

But it’s not just journalism students who will benefit from learning these critical analysis skills – a micro-credential on fact-checking and verification will be offered free to all RMIT students on the RMIT Creds platform.

Dean of the School of Media and Communication Professor Lisa French said these skills were in demand across a range of industries.

“The digital age presents opportunities for verifying facts that were not there before, and our partnership with RMIT ABC Fact Check, and our development of courses in the area, have come at exactly the right time,” she said.

Das proposed the micro-credential to help students from any discipline learn basic techniques to push back against increasing levels of online misinformation.

"A mindless click is all it takes to spread inaccurate information online,” she said.

“Whether it's words, photos or videos, we want people to pause and check it before they share it.

"The fact-checking micro credential aims to make critical thinking a reflex action — a skill that is highly sought after in the workplace."

With a federal election due by the end of May, the RMIT ABC Fact Check team is gearing up for a big year.

They’re set to relaunch their Election Promise Tracker, which featured during the 2016 federal campaign.

Skelton said next year the unit would face its most profound and exciting challenges since the relaunch.

“The federal election will be one of the most vigorously-contested and our researchers are expecting a plethora of claims to check,” he said.

“Our plans include our first 'live' fact checking of the leaders’ debates, the relaunch of our highly-popular Election Promise Tracker and participation in broader efforts within the ABC to check misinformation and disinformation that will be rolled out on the social media ecosystem.”

The team is also exploring new ways of publishing its findings through Google Home smart speaks and other audio devices.

Skelton said there was considerable research that showed its audiences were migrating to these device.

“This represents another big change in how people access news and one that cannot be ignored,” he said.

The way people experience festivals, such as how they move across different spaces and engage with technology, was recently examined by students as part of an RMIT and UOC summer school in Barcelona.