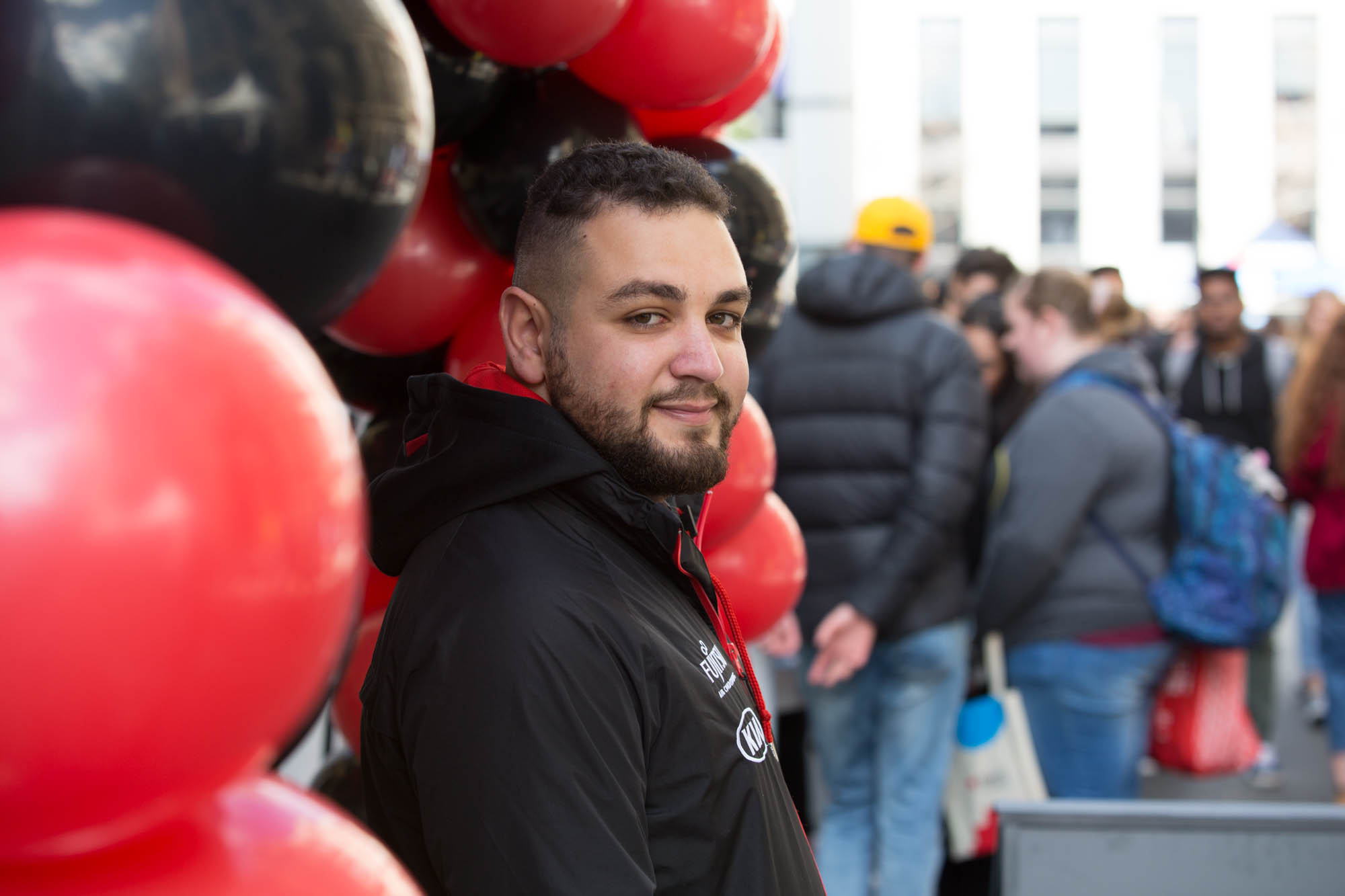 Almost a year on, and the innovative new partnership between RMIT and the Essendon Football Club (EFC) has proven a huge success.

Founded on the pillars of community, innovation and enterprise, from the outset Vice-Chancellor and President Martin Bean CBE reiterated that this partnership was about so much more than education or football.

“[It’s] underpinned by a heartfelt commitment to the communities in which we live and work, and a desire to create a future for all Australians, including our first peoples,” he said.

Since launching the partnership in March, a range of initiatives have been delivered, providing opportunities for students, players, staff and the wider community.

As part of the partnership’s Enterprise pillar, Essendon Football Club staff and players gained access to Activator, online courses and a selection of twelve digital credentials from the RMIT Creds portfolio.

RMIT Activator is the cornerstone of the enterprise and entrepreneurial ecosystem of RMIT. It aims to build future work-ready skills and support those with new ideas to develop them into real businesses.

EFC player Heath Hocking jumped at the chance to leverage the expertise at RMIT’s Activator, where he and his wife Luisa accessed mentoring and coaching services to develop their pop-up picnic business, Honour with Fete.

Hocking said the opportunity to be involved at Activator helped him take the next step in clarifying what his bread baking and the Honour with Fete business could look like.

“Activator provided me with some steps to get there. I absolutely loved it, getting to mingle with people who are like-minded and doing similar things.”

From social media, video and multimedia, to advertising strategy and IT, RMIT students across several disciplines also got a taste for life in AFL club-land through work integrated learning (WIL), internship and other unique student placement opportunities.

For John Barrett (Bachelor of Communication (Advertising), who took on a role in the digital production and social media team, sport was not an area he had previously considered working in, but the internship at EFC forced  him to reconsider.

Perhaps slightly biased, as a dyed-in-the-wool Essendon fan, Barrett described his experience as ”amazing” and said he would recommend it to anyone.

“I was lucky enough to be around the club during the lead-up to the ANZAC Day game [between Essendon and Collingwood] which was really special,” he said.

“It was fantastic seeing the work that goes on behind the players and, with social media and advertising being my interests, it was brilliant getting an insight into how such a massive brand such as Essendon operates and pushes content out constantly to the fan base,” Barrett said.

Jason Yousif (Bachelor of Information Technology) started at the Club in a role originally intended to be a WIL placement, but he impressed the Essendon interview panel so much that they offered him a full-time graduate role.

He said the footy club environment, while all-consuming, has a focus and energy that kept everyone motivated.

”It’s not like going to a normal job. Most of my mates go for Essendon and they can’t believe I get to sit in the coach’s box, behind the head coach, on game day,” he said.

Yousif, who had also completed an Advanced Diploma of Computer Systems Engineering, said the skills he learned at RMIT enabled him to hit the ground running when he entered the workforce.

“My RMIT courses were very hands-on and having that more practical side, rather than just theory, really helped me to feel comfortable from the start,” he said.

Findings from a landmark new study into esports, developed by RMIT lead researcher Dr Emma Witkowski, were delivered at the inaugural Bombers Esports in Business summit.

The study, Establishing Esports Value, provided insights into spectatorship and fandoms, and the state of the most prominent esports league (OPL).

It also examined the key relationships between players, teams, fans, communities and platforms in the region. 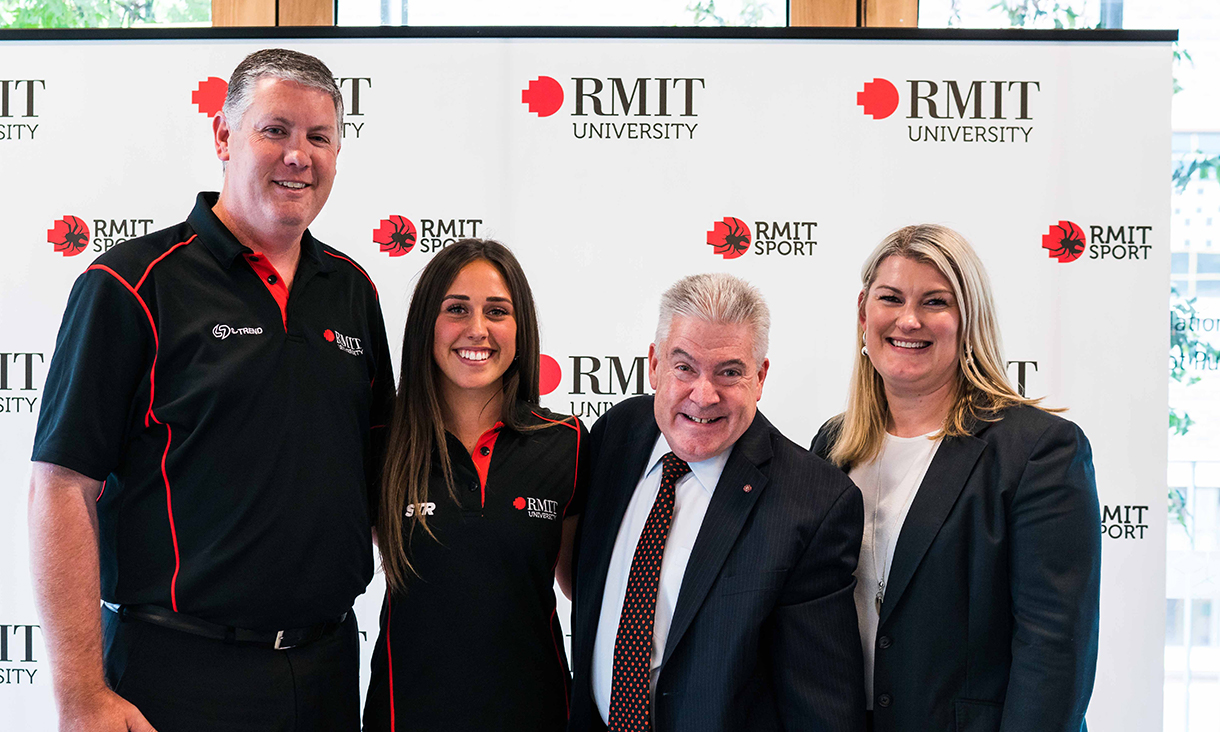 A headline activity during the year was RMIT’s collaboration on the AFL’s iconic Dreamtime at the ‘G game between Essendon and Richmond, with the two organisations’ commitment to Indigenous Australia highlighted on the big screen and Martin Bean, along with other RMIT staff and students joining a huge crowd in the Long Walk from Federation Square to the MCG..

RMIT also threw its support behind the appointment of Leigh Crossman as the new General Manager of the Tiwi Bombers.

The Vice-Chancellor said he was excited to see the positive impact that Leigh would have with the Tiwi Bombers and wider Tiwi Island community.

“With a combined vision to make a real difference through sport and education, we recognise that together we can achieve so much more.”

Essendon CEO Xavier Campbell said the appointment of Crossman was a perfect example of what drove the formation of the partnership – an ambition to drive meaningful change in communities.

At the recent launch of RMIT’s new Women’s Football Academy, Campbell also committed to working closely with RMIT in a combined effort to grow participation in women’s football.

“Essendon Football Club is committed to supporting women in football by creating genuine pathways, and greater development opportunities, both on and off-field,” he said.

“The RMIT Women’s Footy Academy will provide female athletes and students with the opportunity to participate in meaningful programs across all areas of football.”

The range of initiatives unveiled in 2018 has only served to inspire further discussion about what more can be achieved in 2019 and beyond, as the two industry leaders seek to grow their communities, upskill their people, respond to challenges and capitalise on the opportunities ahead.