Pop megastar Beyoncé sang about girls running the world and that’s what more than 500 school students were empowered to do at the Girled World WOW Summit at RMIT. 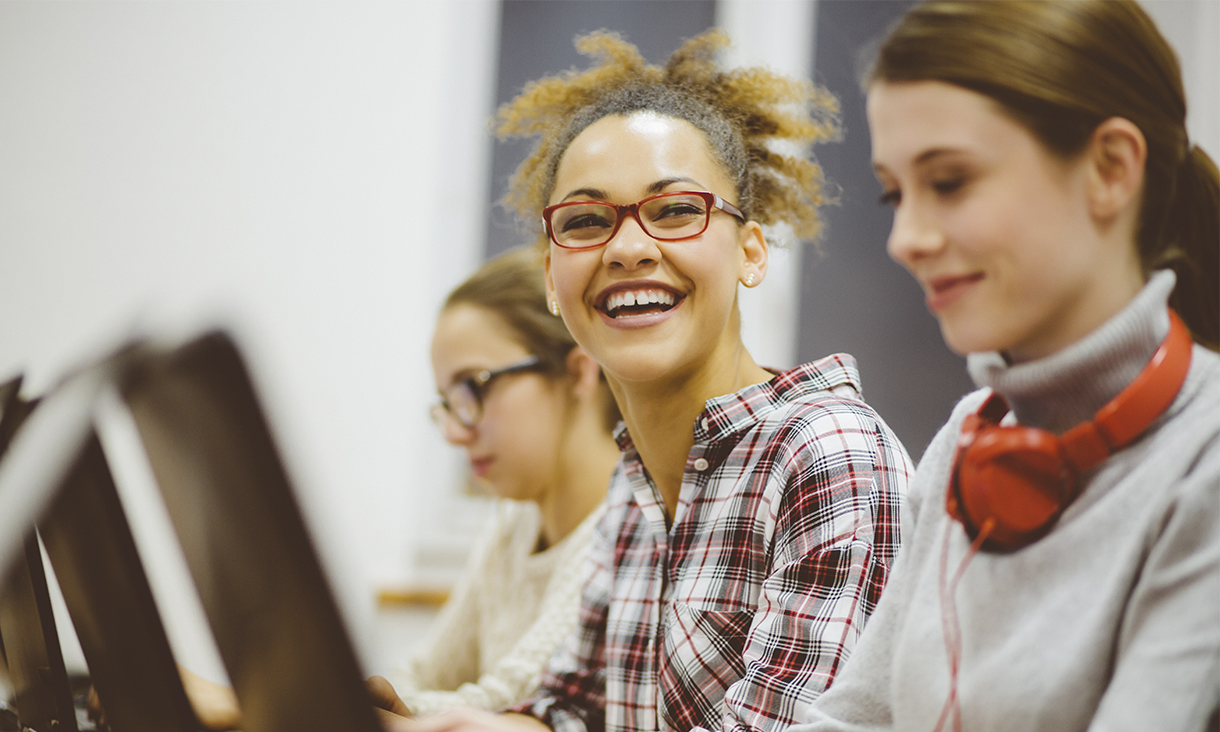 A diverse mix of Science, Technology, Engineering and Maths (STEM) experts, entrepreneurs and business leaders joined girls aged 14 to 18 at the event on 16-17 June.

The World of Work (WOW) summit was designed to equip and educate the next generation of girls with the skillsets, mindsets and techsets they’ll need to lead, succeed and thrive in ever-changing, technology-dominated 21st century workplaces.

“We had an overwhelming number of responses from girls wanting to attend. It’s particularly pleasing that we were able to sponsor several girls from rural Victoria,” he said.

“The subject matter was pretty forward-thinking, topical and exciting for everybody; girls and boys alike. It’s technology, it’s innovation intersecting with business, and it gave attendees an opportunity to be a part of the current digital revolution.”

The School of Science has an overarching commitment to girls and women in STEM.  It co-ordinates RMIT’s in2science program, where students go into SNAP schools and mentor and inspire future scientists, and also runs regular iBelong programs, RMIT’s on-campus experience for selected SNAP students designed to inspire them to pursue tertiary education.

Shemansky said the school believed supporting girls and women in STEM was fundamentally the right thing to do for gender, social and economic equality.

“We know that everyone benefits when there’s more gender equity in the workplace and that includes when we are innovating in science, technology, engineering and maths. We get better ideas and outcomes when there’s more diversity,” he said.

“We know role models are critical for encouraging girls into STEM fields. We’re actively increasing the number of female academics we have so they can inspire our female students. The research tells us that’s critical for attracting girls in the first place and keeping them engaged with us throughout their degree.”

Girled World was created to bridge the gender gap and STEM pipeline problem by connecting girls with real world leaders.

“Entrepreneurial mindsets don’t start on your first day of university.  The summit is helping girls unlock that thinking,” Scacco said.

“I attended not only as a supporter but as the dad of an awesome 16-year-old girl who wants to change the world.”

Co-founder and COO of Girledworld Edwina Kolomanski said RMIT and the edtech start-up was “pretty much” a perfect match.

“With RMIT there is such strong alignment with looking at education more holistically rather than looking at a rigid curriculum environment,” Kolomanski said.

“RMIT is an institution that is so much more than just giving you a piece of paper at the end of the degree. It’s about up skilling students with real world skills and experiences that you need.”

Kolomanski said the WOW summit was about preparing girls for life, not a job.

“We are not prescribing future careers, we are thinking about careers more holistically. We know the linear job for life construct of the 20th century doesn’t exist anymore,” she said.

The Saturday program was broken down into three key focus areas - world-shaping mindsets, future-facing techsets and work-ready skill sets - and all attendees received a Certificate of Critical Thinking to add to their resume.

The Sunday program focused on design thinking and real-world problem solving, with attendees receiving a Micro-Credential in Design Thinking.