Hot on the heels of a tertiary education partnership with the Essendon Football Club, RMIT University has unveiled a new AFL ground on its Bundoora campus. 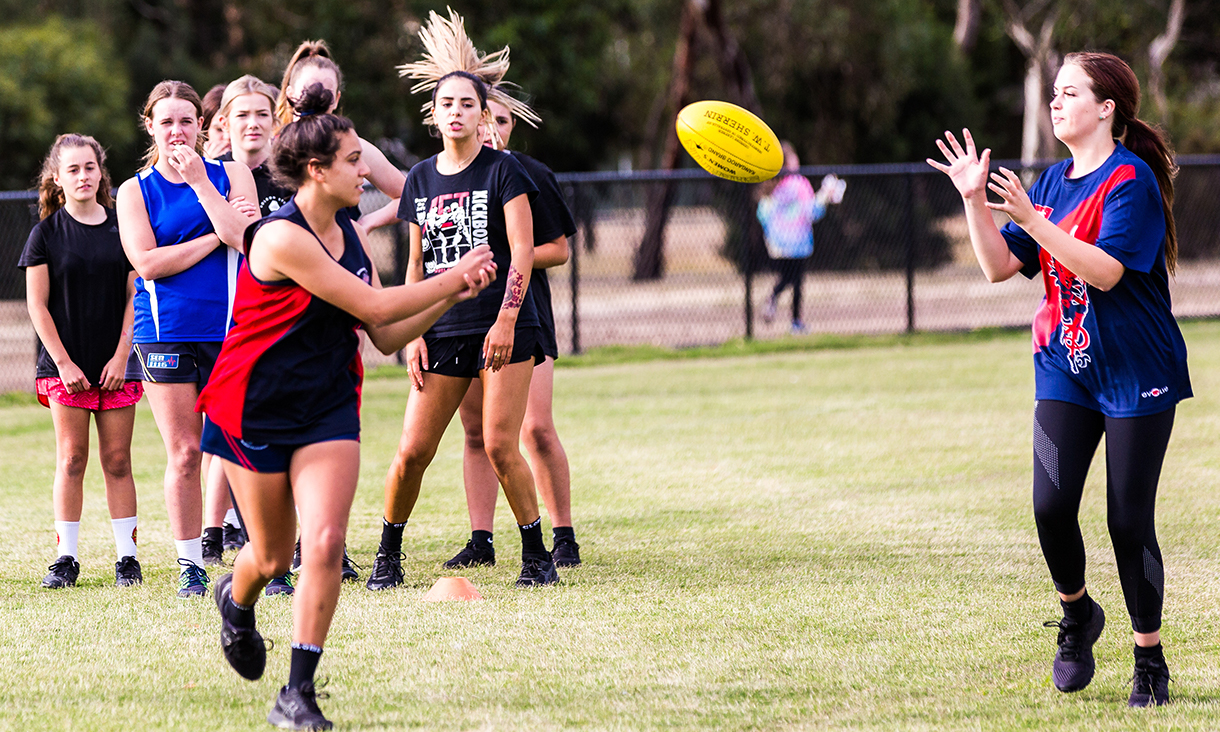 Built to the same surface specifications as Etihad Stadium, and with the planned addition of a club house in 2019, the new AFL ground is set to benefit students, staff and the local community.

It adds to the impressive array of sporting facilities at RMIT’s Bundoora campus and will become the premier AFL ground in the northern suburbs.

On hand for the official launch of the new oval last week was the Diamond Creek Women’s Football Club, whose senior teams will begin using it as a training ground this season.

The club, competing in the Northern Football League Division 1, is one of the most successful feeder clubs to the new AFLW League.

19 of its players have been recruited to AFLW teams, including Collingwood captain Stephanie Chiocci, an RMIT Redback alumnus.

The new RMIT ground provides the Diamond Creek Women’s football club with training facilities that are superior to any other women’s team outside the AFL and VFL, and the planned addition of a club house next year will elevate it to be arguably the best Australian Rules football ground in the northern suburbs.

RMIT Senior Coordinator of Sport, Sally Tanner, said the opening of the new ground was in line with the University’s ambition to give everyone the chance to be their best and to shape their future.

“The ground is a welcome addition to a rapidly growing, first-class sports precinct on the RMIT Bundoora campus and will provide opportunities for RMIT students to gain a real sense of belonging through sport,” she said.

“Our new oval is a premier ground in the Northern suburbs and we’re looking forward to seeing the RMIT and Diamond Creek Women's Football clubs, as well as other community groups and clubs using the ground in future.

"It’s an exciting time for football at RMIT, after recently announcing a new tertiary education partnership with the Essendon Football Club."

The RMIT Bundoora Sports Precinct now boasts a variety of facilities for staff, students and the local community: