From urban play for a post-pandemic Melbourne, to live-testing prototypes and hearing what’s new from Australia’s indie games communities, RMIT joins the play this games week.

What will Melbourne look like after COVID19? Could play help us reconnect with the world?

Hosted on the streets of Melbourne and streamed live, Innocent said the event will explore how urban play could restart the world post-lockdown.

“We want to know how neighbourhoods and communities have been coming together to create hyperlocal urban play,” he said.

“We’re asking people if they’ve seen parts of Melbourne come alive with play during lockdown - whether it be chalk-filled footpaths or a park with more people than ever before - and whether playful connections to place can continue into the future.”

Innocent will lead a discussion about how urban play might help to restart the world post-lockdown.

The panel will include writer, cultural leader and RMIT Honorary Associate Professor Esther Anatolitis, as well as panellists ranging from artists and community engagement specialists through to urban play researchers and game developers.

Innocent’s own project, 64 Ways of Being, is an augmented reality game designed to bring Melbourne’s diverse languages to life, transforming the city into a playable city through an inventive blend of live art, game design and public art. 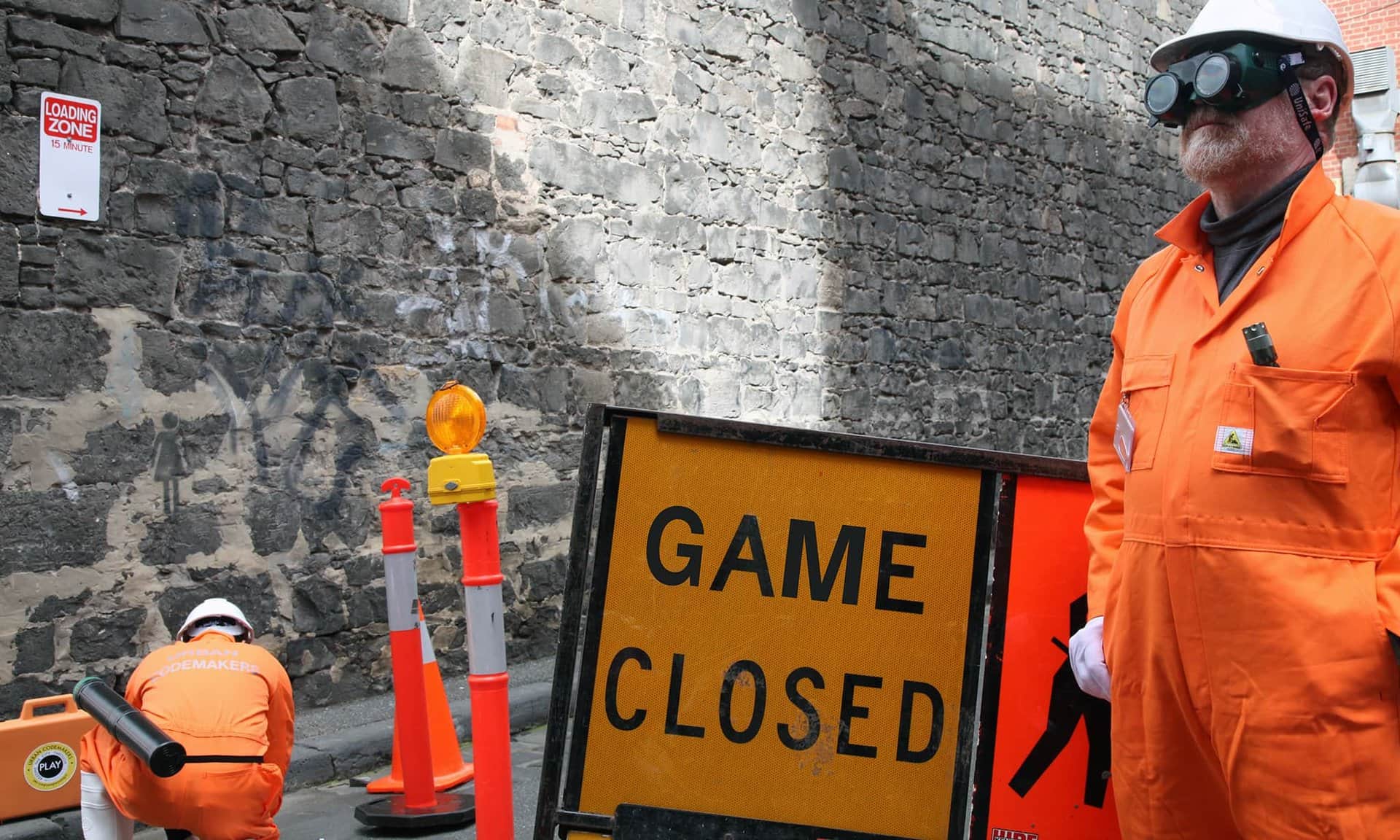 The playable cities project explores how technology can reconnect us to our cities and bring urban play to everyday life.

How do publishers, curators, and industry experts assess game prototypes? What do they look for? What stands out to them?

RMIT is presenting a panel of three distinguished international games experts who will play a selection of Australian games-in-progress and give constructive feedback, all in front of a live public audience.

This is a must attend event for game makers to gain invaluable insights on how to capture industry attention.

RMIT games design lecturer Dr Douglas Wilson said it was exciting to see student artists and teams get to present their work alongside local game studios and more accomplished developers.

“For a whole bunch of reasons, it's difficult to both give and receive feedback, but experts and educators can help model critique that is generous, opt-in, constructive, productive,” he said.

“Feedback Forum isn't just about pitching your game, it's also about how you can recognize, articulate, and sharpen your artistic goals."

With an agenda of supporting grassroots artists and game makers in Melbourne and positioning game making as an arts practice as videogames continue to grow and gain cultural significance and legitimacy.

Parallels is a one night only showcase of some of the most experimental, personal, and culturally significant work being made in Australia’s independent games communities today.

A line-up of emerging and exceptional makers – from bedroom coders to artists pushing at the boundaries of the artform – will demonstrate and play their creations live on stage, sharing their origin stories, inspirations, and personal journeys along the way.

Parallels is curated and hosted by Freeplay Independent Games Festival with support from RMIT.

Juan Cortés, an urban designer who leads the Cities Studio at AECOM Spain and is a BREEAM® Urbanism Assessor, has been appointed as Senior Industry Fellow in the School of Global, Urban and Social Studies at RMIT University.

3D-printed coral structures – made from sea-urchin shells blended with biopolymers – are on display at the NGV Triennial 2020.

Not even recovering from a broken back and intermittently living out of a van could stop Libby Clarke completing her masters this year.