The world’s insatiable demand for bandwidth

New internet-reliant technologies like self-driving cars, remote controlled mining and medical equipment, will require even faster and increased bandwidth in the future. To keep up with this demand, we need continued growth in data carrying capacity in the backbone fibre optic technology that carries all this data.

With our knowledge in photonic chip technologies and high-capacity optical communications, InPAC researchers at RMIT and Monash universities partnered with Swinburne for their expertise in microcomb technology with the aim to increase the data carrying capacity of our internet.

InPAC also offered an important and unique piece of the puzzle – the Australian Lightwave Infrastructure Research Testbed (ALIRT)* – the real-world fibre links, like those of Australia’s National Broadband Network. ALIRT is a laboratory that spans the whole Melbourne metropolitan area in a 76.6km loop of optical fibre just like the NBN, with a small portion set aside for collaborative research between institutes in Melbourne. 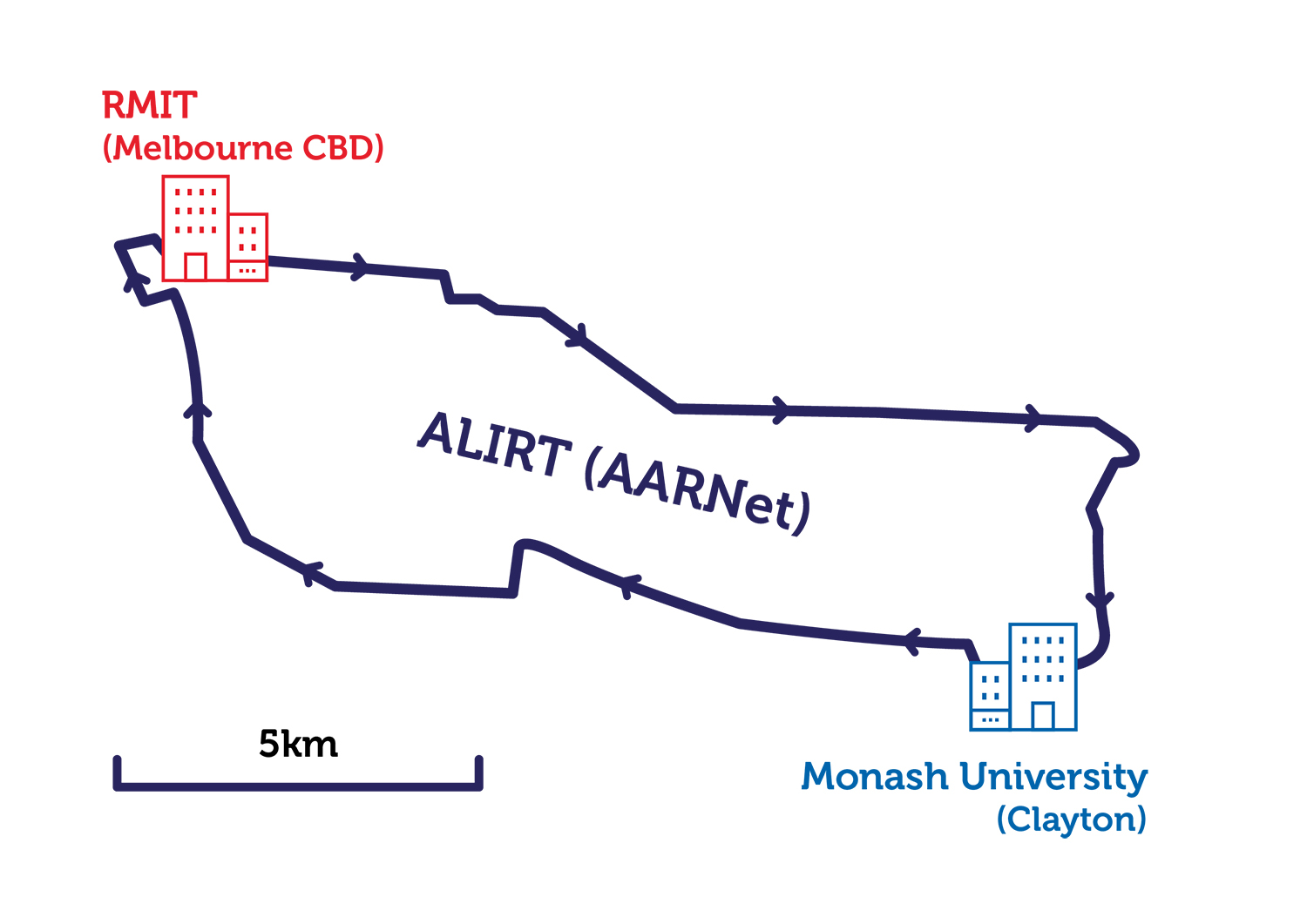 Together with Swinburne University, we achieved the world’s fastest internet data speeds – enough to download 1,000 high-definition movies in a second – from a single optical chip. These speeds are around three times the record data rate for the entire NBN and about 100 times the speed of any single device currently used in Australian fibre networks.

Our breakthrough chip was powered by a device known as an optical microcomb – a fingernail-sized optical chip that replaces 80 separate infrared lasers. The team plugged a system based on the microcomb chip into ALIRT’s existing optical fibres and sent the maximum amount of data down each channel to simulate peak internet usage.

This home-grown technology has the potential to fast-track the next 25 years of Australia’s – and the world’s – telecommunications capacity. Using ALIRT, we can quickly validate that our new data technologies are compatible with real-world systems, bringing us closer to translating our work out of academia and into industry.

*ALIRT is part of the InPAC laboratories linking RMIT and Monash University.  The testbed was established under ARC Linkage Infrastructure and Equipment Funds LE170100160 as a collaboration between RMIT, Monash, Swinburne and AARNET. This project was supported by ARC Discovery Project 'Rainbows on Demand: coherent comb sources on a photonic chip' DP190102773.

The use of microcombs to achieve this record-breaking internet speed on a single optical chip is astounding – it is a very exciting step forward to keep up with our world’s need for even faster internet speeds.

Timeline of how the project worked

Ongoing: Spin off with industry and further academic collaborations

Read more about the partnership at www.rmit.edu.au/news/all-news/2020/may/fastest-internet-speed