Study with us / Fashion / Amanda Nichols

Returning to study midway through a successful career took Amanda from star-studded costumes to speculative couture – and landed her designs in front of Anna Wintour. 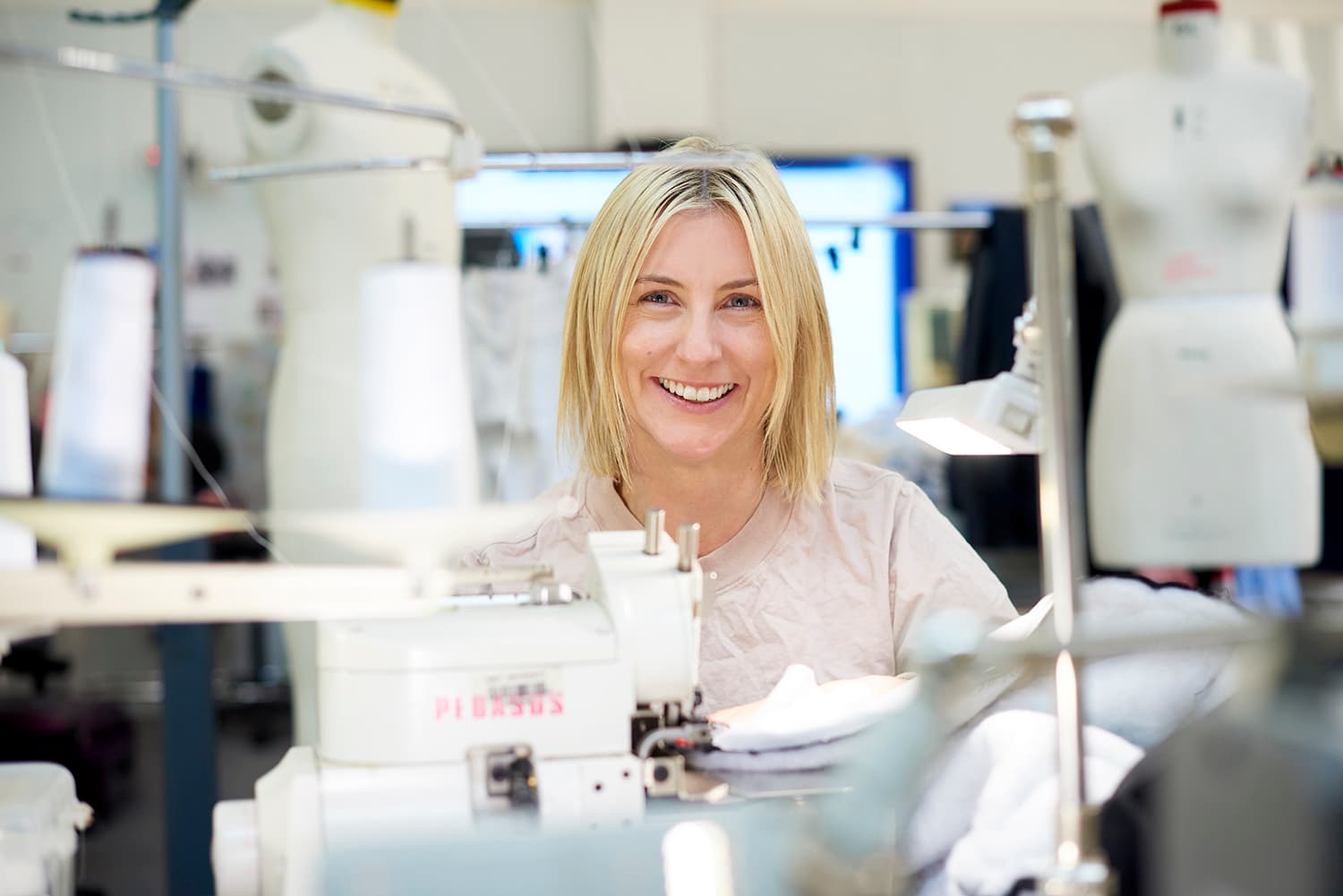 Fashion is in Amanda’s blood. “My grandmother and her sisters all worked in the fashion industry, designing and making swimwear and lingerie," she said. "They taught me to sew from a very young age.”

Straight out of high school, Amanda studied costume design and landed a job with Baz Luhrmann and Catherine Martin on the set of the feature film 'Australia'.

“I became a very good costume maker in that first 12 months of working. The types of things we made were really varied: from a Driza-Bone for Hugh Jackman to an evening gown.

Amanda kept working for Bazmark and made garments with Prada, for The Great Gatsby, and designers Janty Yates and Craig Green, for 'Alien: Covenant'. Her interest in fashion – and postgraduate study – began to take shape.

“It was collaborating with these fashion designers. That started the thinking that I might like to move out of costume.

“In 2015, I received a Churchill Fellowship, which allowed me to have six months overseas. I went abroad to continue learning different cutting techniques and to train with a corsetiere in Paris.

“I landed this little job in an atelier that was making couture garments for the Schiaparelli and Givenchy couture collections. Working there, I decided that I might like to carry on in fashion and do some more study."

RMIT’s Master of Fashion (Design) stood out from Amanda’s shortlist of Australian fashion schools. “I found that most of [the courses] were very commercial, and I wasn’t exactly sure that I wanted to be a commercial fashion designer.

“I started reading about fashion practices and the lecturers that were here in Australia. And all of the lecturers and the student work that I saw, that I was really impressed by, had come out of RMIT."

Amanda didn’t know where she wanted to go within fashion, but she knew she wanted to sink her teeth into something new. RMIT’s broad education and career paths were the perfect fit. “The thing I liked about RMIT was that there were a lot of graduates working commercially within fashion in Europe and America, but there were also graduates who were working in more speculative practices – in fashion publishing or a more art-based practice.”

Her masters degree led Amanda to opportunities that opened up the world – and put her, and her designs, in front of fashion’s most influential icon. “It’s changed my life. When I graduated, I won the Australian Fashion Foundation Award, which means I was given a small amount of money to relocate to Europe and work in a large fashion house.

“I was included in the VAMFF National Graduate Showcase, [and] I was really fortunate to be included in an exhibition at the National Gallery of Victoria, with other emerging Australian designers, for an audience with Anna Wintour earlier this year.”

Amanda’s commitment to postgraduate study rewarded her with professional and personal growth. “I was working full-time within film and theatre and getting all of the assignments done. But now that I’m finished, I can see that it’s made me a much more critical thinker, and I’m now able to analyse fashion.

“I have my own fashion practice, the Replica Project, where I apply everything I’ve learnt during my degree within my new career. I go into the archives of large museums, like the Victoria and Albert or even the NGV, here in Melbourne. I take a really important piece of fashion in history and I replicate it through numerous iterations. It’s a real exploration of the history of fashion, of commercial fashion practice now, and of the production of fashion.”

The Replica Project helps Amanda explore her film costume career through a new lens, backed up by the research and analytical skills she gained at RMIT. It’s also an inevitable ode to where her love of fashion history began. “There are things that I look at within the archives that remind me of my grandmother and of the clothes that she would make or talk about, or periods in fashion that she loved and we discussed at length when I was a child, or garments within her wardrobe that she would show me.” 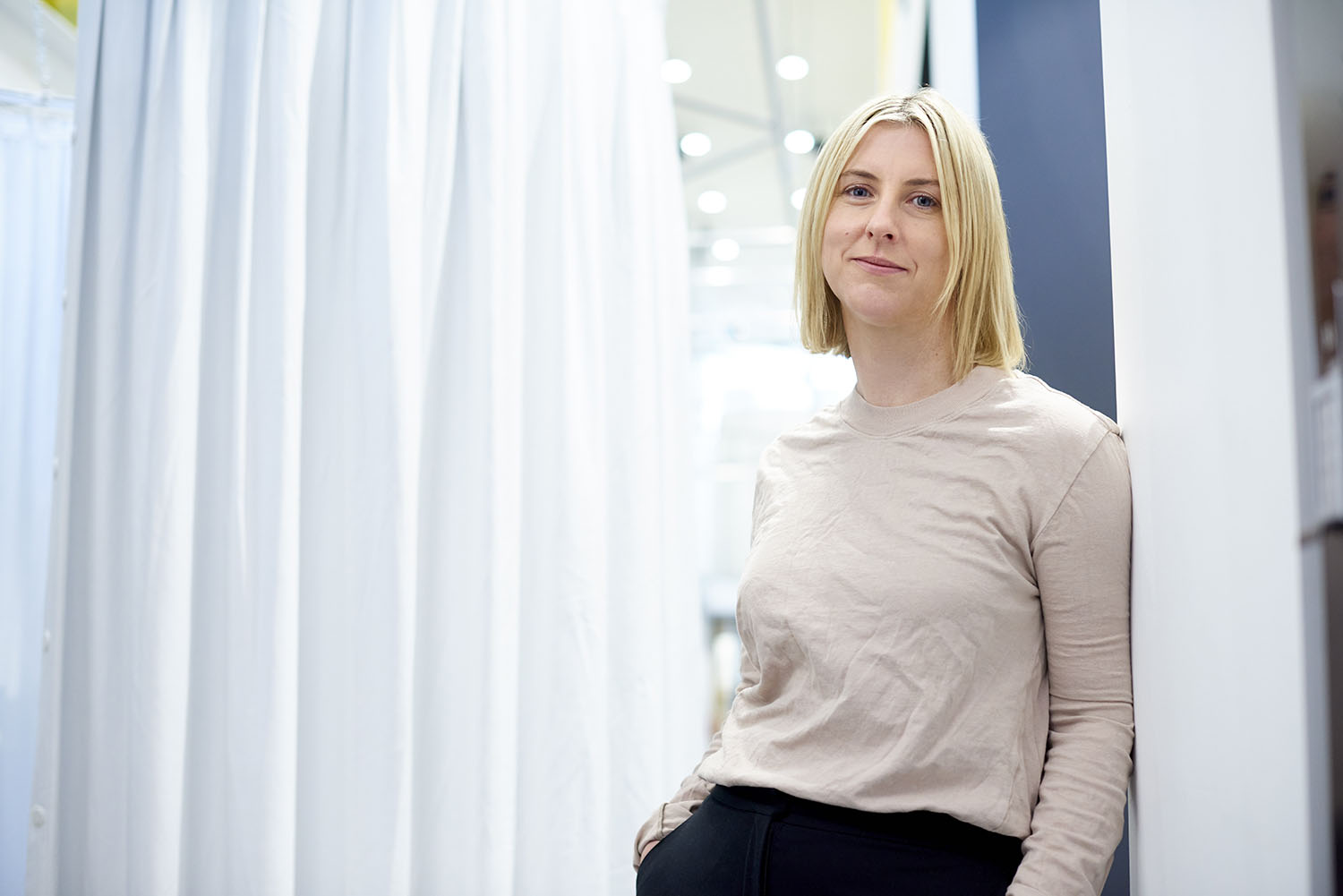 From costume to couture, Amanda is building a stellar fashion design practice.

From costume to couture, Amanda is building a stellar fashion design practice.