Visual Merchandising and WorldSkills at RMIT

Visual Merchandising and WorldSkills at RMIT

Study with us / Fashion / Visual Merchandising and WorldSkills at RMIT

Student skills are on display for the world to see at the WorldSkills global competition. 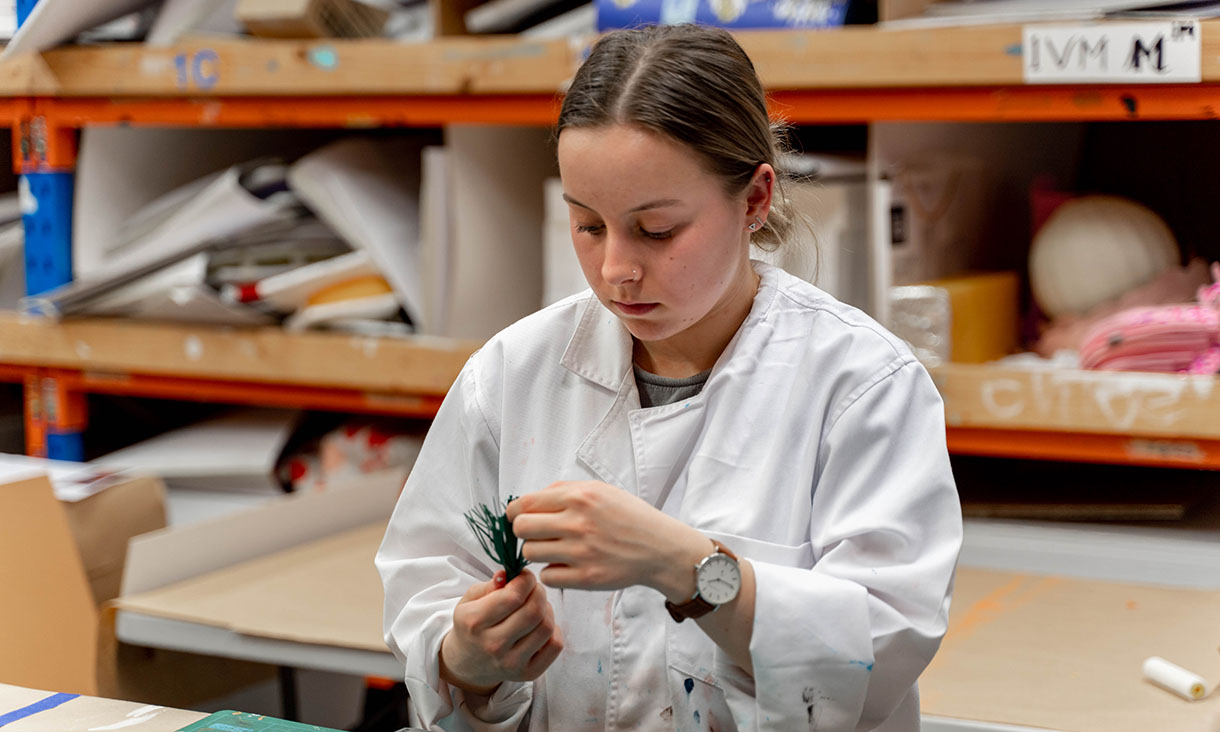 WorldSkills competitions range from regional gatherings to the international stage, where young people can showcase their skills to a wide range of industry leaders and fellow peers. Regional competitions take place every two years and showcase the talent of over 4000 students, trainees and apprentices.

Anja became involved in WorldSkills at the personal invitation of her teacher, Sue Robinson.

“I decided to participate because it sounded like a great experience – I don’t think I’ll ever get another opportunity to compete in this kind of challenge, where you execute a brief in one day.”

In one day, Anja had to follow a design process that typically plays out over a period of days or weeks. In the morning, she was given a brief, including the products that needed to be incorporated into her display. From there, she entered the design phase, mapping out her idea through online research. Next she pitched to the judges, and based on their feedback, went about producing her display by making props, painting backboards, and putting together the final product.

Many of these skills put into practice at WorldSkills are taught in RMIT’s Diploma of Visual Merchandising, a one-year course that positions students for highly creative careers in retail, events, exhibitions and styling.

The largest of its kind in Australia, the diploma is based on a hands-on curriculum and led by experienced industry professionals.

Throughout her Diploma of Visual Merchandising, Anja has worked for Country Road head office and in-store, completed window installations for Pure Baby, and has been involved with a 3D prop-making company called Stage One Productions, known for their work on the Myer Christmas windows.

Beyond her work experience opportunities, Anja has also refined her skills in Adobe. She entered the diploma knowing the basic functions of most programs, but will graduate with an advanced knowledge in Illustrator and Photoshop.

With ample opportunity to participate in competitions like WorldSkills and connect with prominent industry names, the Diploma of Visual Merchandising at RMIT is recognised by the industry as a design leader.

For anyone considering taking on the diploma, Anja says, “Just go for it! If you’re someone who likes to create things, then it’s the perfect course for you. By studying visual merchandising, you get exposed to so many different jobs that are available in the industry.”

Anja hopes to secure an event stylist position, where she can be in every stage of the creation process, from the initial design to the final installation phase.