Everything you need to know about programming at RMIT

Everything you need to know about programming at RMIT

So you want to learn how to code? Here’s how you can gain programming prowess in RMIT’s bootcamps, studios and hackathons.

If  studying a programming course evokes a dreary image of thick textbooks, dry lectures and hours behind the same screen, it’s time to discover what’s next.

RMIT's first-year structure for undergraduate information technology courses like, the Bachelor of Computer Science and Bachelor of Software Engineering, will see you progress through hands-on programming bootcamps, studios and hackathons, utilising powerful learning tools like interactive textbooks and virtual labs.

Several professions relying on software development skills were listed in the top 15 in-demand jobs by Linkedin for 2022, including back-end developer, cyber security specialist and data engineer1.

Designed to get ahead of this industry demand, this first-year structure will not only build your technical abilities, but will also boost the in-demand transferable skills that will land you a globally-relevant career at the forefront of innovation.

We asked Professor John Thangarajah, Associate Dean of Artificial Intelligence, to answer your top questions about undergraduate programming at RMIT. 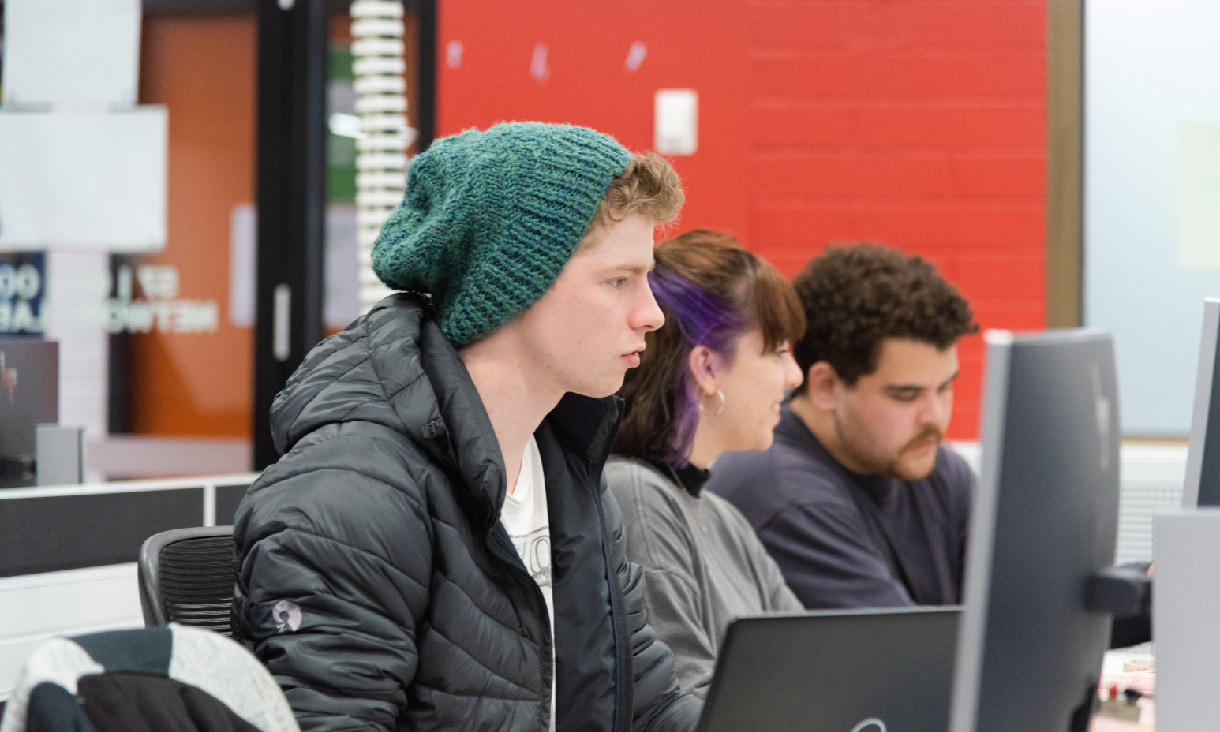 Firstly, what is programming?

“Programming is how you talk to computers. When you interact with a computer, or any sort of automated machine, it needs to know what to do. Programming is the way that you learn how to give those instructions, which actually is amazing if you think about it, because you can control machines.

“For example, when you search something in Google and hit enter, behind the scenes, what you've just written needs to get searched in a massive database.

“Your search query has to get programmed in some way to give the Google computers instructions on how to actually go and search for these terms, produce the results and show it back to you. All that happens via programming.”

What are the real-world skills you need to work as a programmer?

“These days, every company is an IT company; there isn’t a single company today that doesn’t require an IT workforce.

“Through the bootcamp and studio first-year model, you’ll also gain these transferable skills.”

What is a programming course bootcamp?

"The programming language that we use in the first boot camp is Java. It's still the most used language in the world in industry. In the second semester, we use Python. Python is growingly becoming one of the most popular languages used, especially in the space of data science.

“Students learn using interactive notebooks, on a platform called zyBooks. There are instructional videos as well. We also use a virtual lab environment called zyLabs, where you can do programming drills and get progressive ‘on demand’ feedback straight away.

“The bootcamps are self-paced, and that's one thing students overwhelmingly love. The more advanced students don’t have to wait for others, and the ones who need help can spend a lot more time learning.

“Students then come into face-to-face workshops in small groups with instructors who can help them. So they get a personalised learning experiences with humans complementing these digital tools, like the interactive notebooks and the videos.

What is a programming studio?

“Once you finish the programming bootcamp and you’ve got the foundations of programming, you’ll move into the studio.

“In the studios, students will learn other concepts, like databases, usability, security, computer systems and more, in the context of a project. They’ll build on those foundations of programming and continue to apply those skills they’ve learned.

“When they create an application, for example, they’ll realise, ‘I’ve got to think about the usability of my system. What are the things I need to look for?’

“They do that in the context of a project, and that project uses open-sourced, real-world data to simulate what will actually happen in practice.” 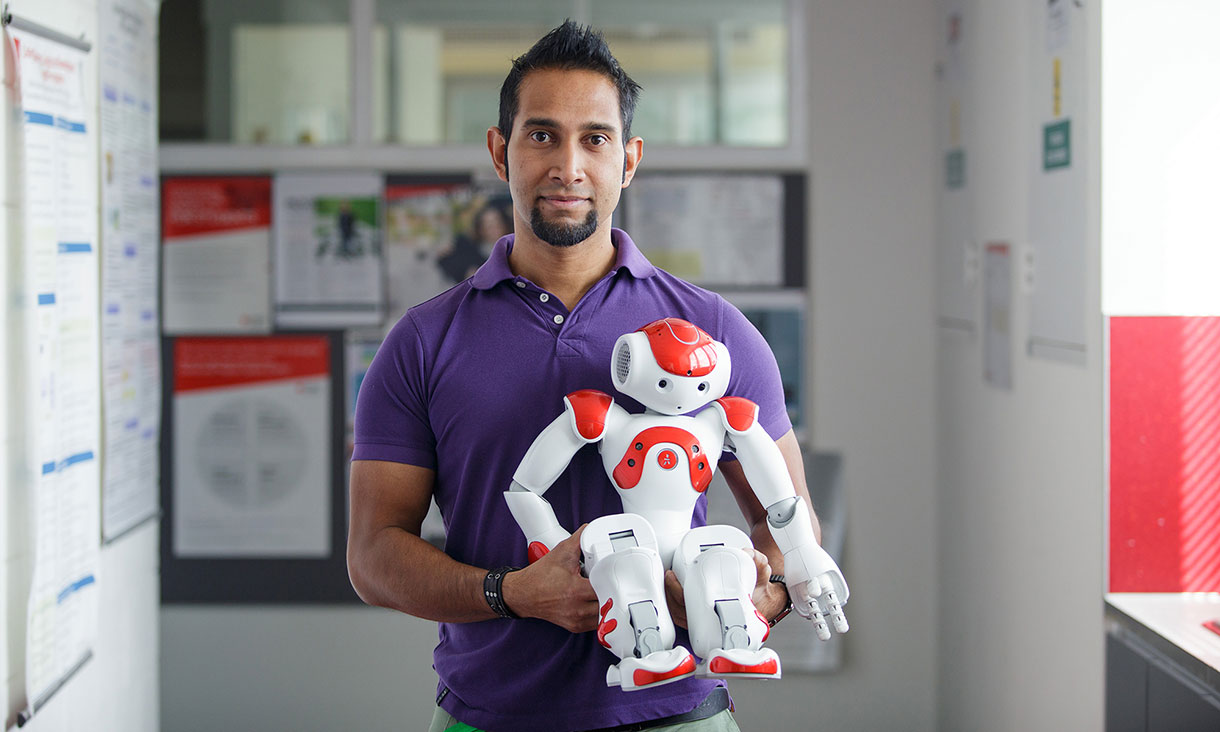 "What we're teaching you will help you adapt to and pick up new programming languages that will emerge in the future." Professor John Thangarajah, Associate Dean of Artificial Intelligence

What is a hackathon?

“Hackathons are about solving industry problems in small teams over a day or two.

“Right at the start, you'll get an industry mentor to work with to help solve this problem in your own team, boosting your exposure to industry and their needs.

“A hackathon really is about bringing the transferable skills students build in the studios, and what you learn are the skills required to work as a team - to communicate and find a solution together.”

How else can I gain programming experience at RMIT?

“We have programming clubs that students can be part of, where they can do all kinds of interesting projects.

“Often, academics will also advertise opportunities in AI, robotics, cybersecurity, data analytics and more. Once students have built foundational skills, they can express their interest in these projects and join teams of other students and academics to work on them.”

1 Cathy Anderson. “LinkedIn Jobs on the Rise 2022: The 15 Australian roles that are growing in demand”. Linkedin, https://www.linkedin.com/pulse/linkedin-jobs-rise-2022-15-australian-roles-growing-/.

What’s next stems from here. RMIT’s STEM degrees are flexible, industry-connected and will help you define your future career.

Six emerging IT jobs that didn’t exist 10 years ago

Technology is setting the pace of evolution across industries far and wide, and at the forefront of that change is IT.

The basics of starting an information technology course at RMIT

What’s next stems from here when you choose an IT course at RMIT. Your foundation year will be filled with everything from programming to hackathons, and the skills you need to excel in a course in IT.