The 'First Peoples and Land Justice Issues in Australia: Addressing Deficits in Corporate Accountability' report describes the multiple barriers that First Peoples and land rights campaigners face to achieving land justice in Australia. In some cases, such as the Bravus (formally known as Adani) Carmichael Coal Mine, the Queensland government has gone so far as to extinguish native title.

It points to where there have been serious accountability shortfalls in the mining and extractive gas industries and highlights what governments and companies should be doing to protect the rights of First Peoples impacted by major corporate developments in Australia. The report sets out an agenda of urgent legislative reform at state, territory, and federal levels to ensure that the fundamental rights of First Peoples are upheld.

The report was launched by Professor Julie Cogin, Deputy Vice-Chancellor and Vice-President, College of Business, RMIT University on 17th March 2021.  Welcome to Country was given by Aunty Georgina Nicholson, and the launch was chaired by Sue-Anne Hunter, a strong Wurundjeri woman who works to support cultural healing of the Aboriginal Community, who is on the BHRIGHT Advisory Board. The launch was followed by a Q&A session with Associate Professor Shelley Marshall and Research Associate Carla Unger, who authored the report.

Roundtable on Land Justice and Free, Prior and Informed Consent in Australia: 31 March 2021

This roundtable discussion was a follow on to the launch of the RMIT Business and Human Rights Centre’s First Peoples and Land Justice Issues report.

Speakers from Original Power and the Environmental Defenders Office (EDO) gave an overview of the work they are doing in relation to the case studies that were included in the report, described how the law is acting as a conduit or a barrier to their work, and shared ideas on how others can support their work and collaborate on efforts.

The discussion then opened to a broader conversation with an opportunity for participants to ask questions, to share their views, and to talk about how different groups and organisations can coordinate and work together moving forward.

This report about the need for legislative reform of consent processes in major resource projects received widespread media coverage across Australia and internationally.  It was reported over 140 times, including by SBS News and 7News.

The team sent the report to a wide range of politicians with relevant portfolios. A Northern Territory government representative contacted lead researcher Associate Professor Shelley Marshall to receive a copy of the report and its recommendations after seeing it on SBS News. Marshall is now engaged in discussions with the NT government about implementation of the Declaration on the Rights of Indigenous People into law.

The research team also report that the Business and Human Rights Centre’s standing with other human rights organisations, such as the Australian Human Rights Commission, has increased through the media profile, with the centre considered highly effective.   BHRIGHT is now hosting the First Peoples' Land Justice Allies Network email list: The purpose of the group is to share information, post calls for action, and coordinate between first peoples and allies in the legal, human rights, corporate accountability and advocacy field.  It is not a decision-making forum.  Those who wish to join this group should send a request to shelley.marshall@rmit.edu.au. 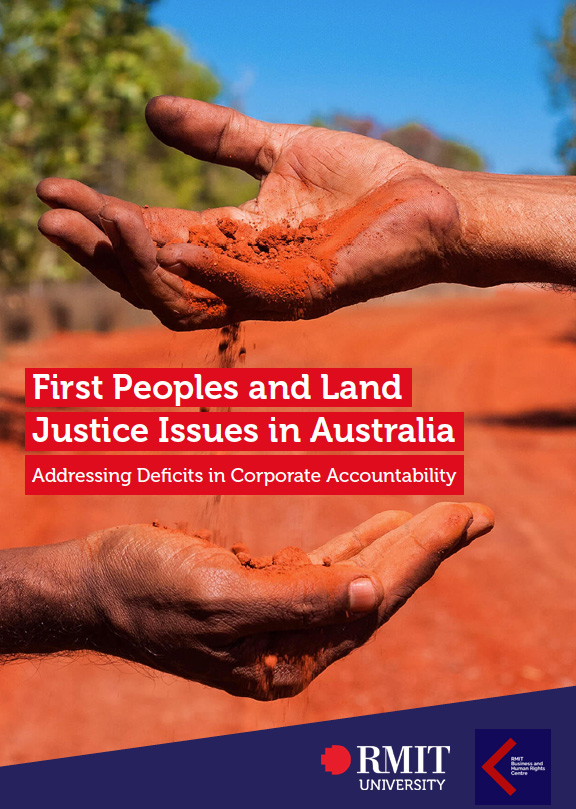