Study with us / Engineering / Eve Smolinska

Growing up with a family of engineers in her home city of Warsaw, Poland, Eve was inspired to study engineering by both local and family history. 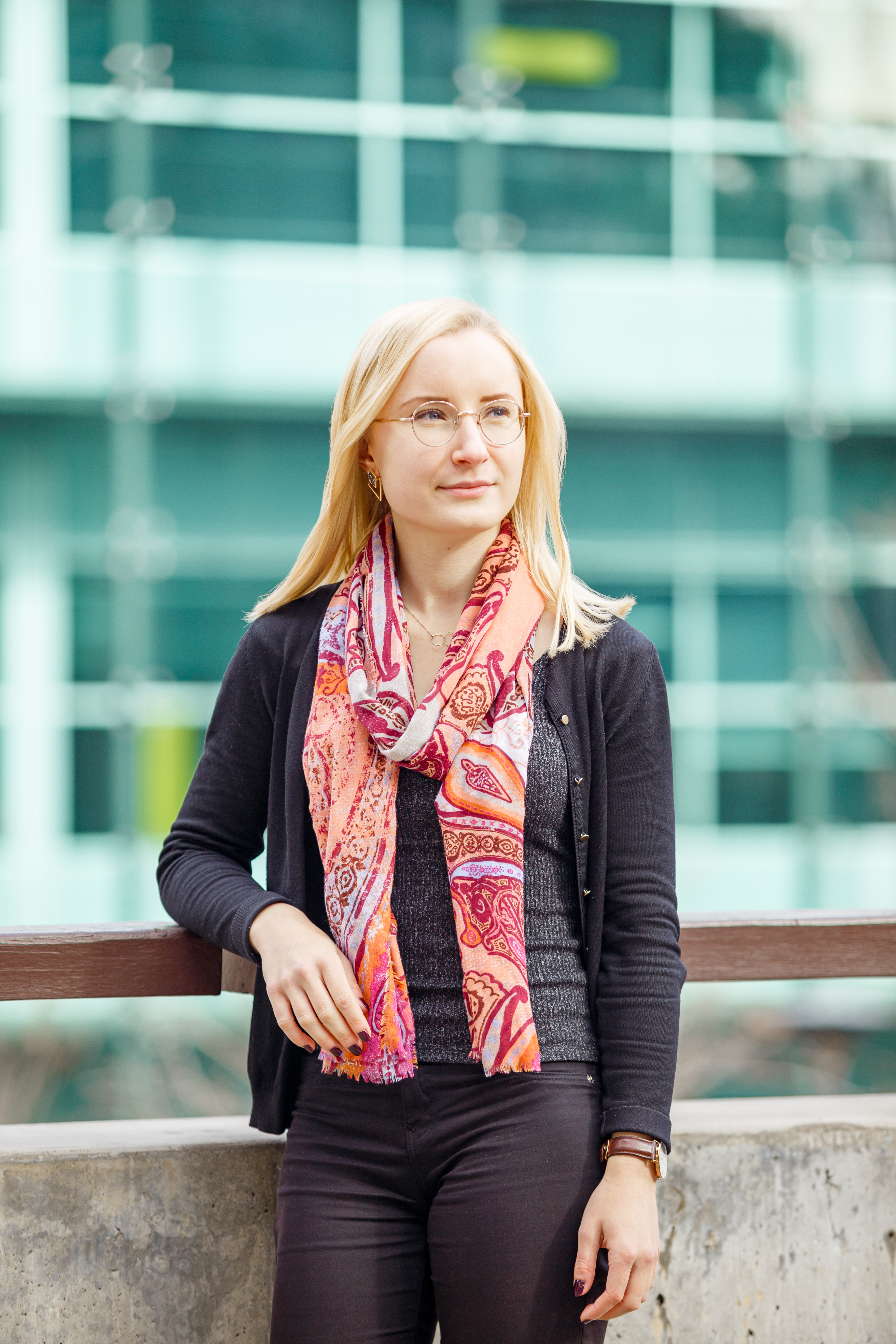 “As engineers we’re creating something that is being used by every person, every day” Eve Smolinska - Bachelor of Engineering (Civil and Infrastructure) (Honours)

“When I was a kid I was always interested in design and how things worked,” says Eve. “I grew up in a family of engineers, so engineering was the main topic brought up at the dinner table everyday.

“I also grew up in the main city of Poland, Warsaw where there were brand new infrastructure projects going on, skyscrapers up into the sky, and I always found it tremendously interesting.”

The practicality of engineering and its broad applications have always held Eve in its thrall.

“As engineers we’re creating something that is being used by every person, every day,” she said.

“You can see the value of it, you can see how important safety in design is and how many design concentrations there are. It’s very interesting and very broad.”

On the recommendation of her sister, who moved to Australia from Poland 15 years ago, Eve applied to study at RMIT.

The move was well worth it. Eva won a clutch of awards during her study including the ExxonMobil Award for Excellence in Leadership, the BMD Group Scholarship and for two consecutive years, RMIT’s School of Engineering’s Civil and Infrastructure Prize.

“The awards are certainly a great recognition from the university and the industry about my involvement,” she said.

Eve has also been president of the Civil Engineering Student Association (CESA), president of FIRE and an Engineers Australia RMIT campus ambassador.

“In my current role I learn a lot but I have actually also done some of the material previously at RMIT,” she said.

“So for example in the steel structure course, I was able to learn how to calculate the section and member capacity of a beam and that’s actually something I’ve worked on at Robert Bird Group.”

“As a co-founder of FIRE we created a club aimed at supporting women in education in networking in social and industry events,” she said.

“We’ve already hosted one of our first events, a coffee catch up, and the attendance for the event was skyhigh, which really shows the need for the club at RMIT.

“We are also looking at organising more social events so for example a picnic in the park or a yoga class and in relation to industry events, we actually have an exciting event coming up very soon, a 'Women in Construction Discussion Panel' aimed at the civil engineering students just like myself to discover what a career in construction really means.”

“We’re all very proud of our achievement and looking forward to see what more FIRE can do for the students at RMIT.” After graduating, Eve hopes to land a job at a top engineering company and have an impact on shaping the world around us.

What's next for Eve Smolinska

From growing up in Poland to winning awards at RMIT, Eve is blazing a trail for female engineering students.

What's next for Eve Smolinska

From growing up in Poland to winning awards at RMIT, Eve is blazing a trail for female engineering students.