Your pathway to RMIT. 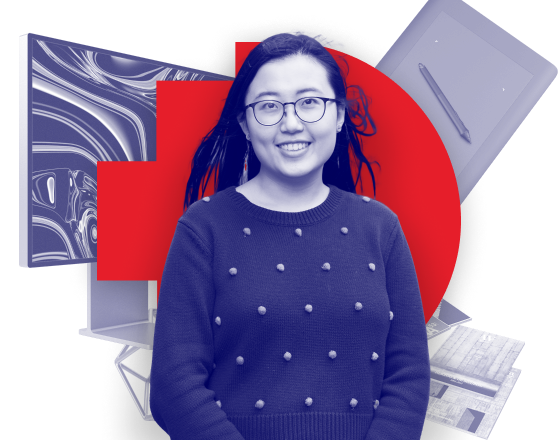 Mode of study:
On campus and blended learning

Next intake:
Not applicable

Mode of study:
On campus and blended learning

Your pathway to RMIT.

Foundation Studies is chosen by international students all over the world as their pathway to higher education at RMIT.

Foundation Studies is delivered by RMIT Training (CRICOS provider number: 01912G), a fully owned entity of RMIT University. Foundation Studies provides you with the knowledge, skills and confidence you need for your future academic success.

Located in the heart of the vibrant city of Melbourne, close to cafés, shops, arts and entertainment precincts, RMIT Training’s Foundation Studies specialist staff support you every step of the way. We provide opportunities to develop your global and social network, setting you up for success at RMIT and into the future.

To ensure you get the best start to your studies, RMIT has invested in careers counselling, academic and welfare support for international students to access when and where it suits you.

*Please note that online delivery for Foundation Studies is only available while Covid-19 restrictions are in place.

Develop your discipline-specific knowledge and English language skills in a classes specially designed for international students. You'll also experience different teaching methods and styles of assessment in preparation for your undergraduate studies.

Form lasting friendships and connections with other students from all around the world and enjoy the Central Business District with excursions and learning activities in Melbourne’s parks, galleries and cultural icons.

Engage with specialised equipment and navigate RMIT’s learning spaces, processes and systems with support from our friendly teams. 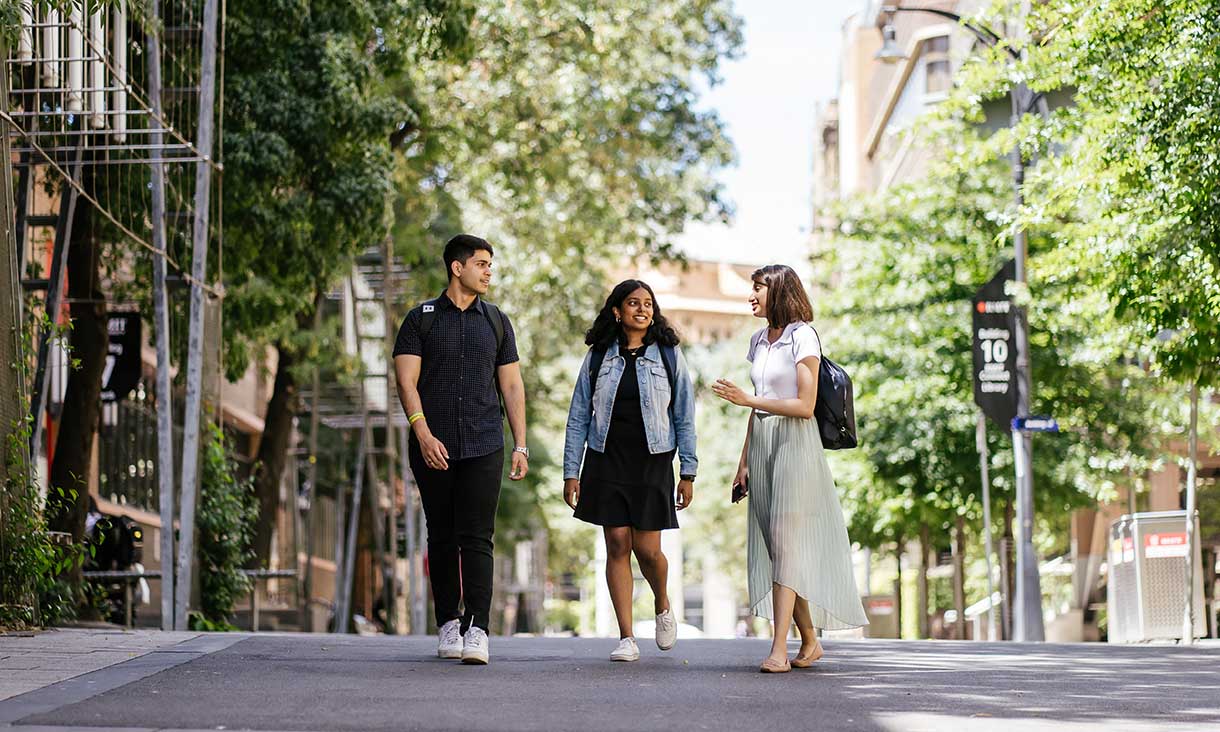 As you navigate living and studying, our staff will provide you with a safe and inclusive community environment, with opportunities for individual care and support, career advice and social interaction. 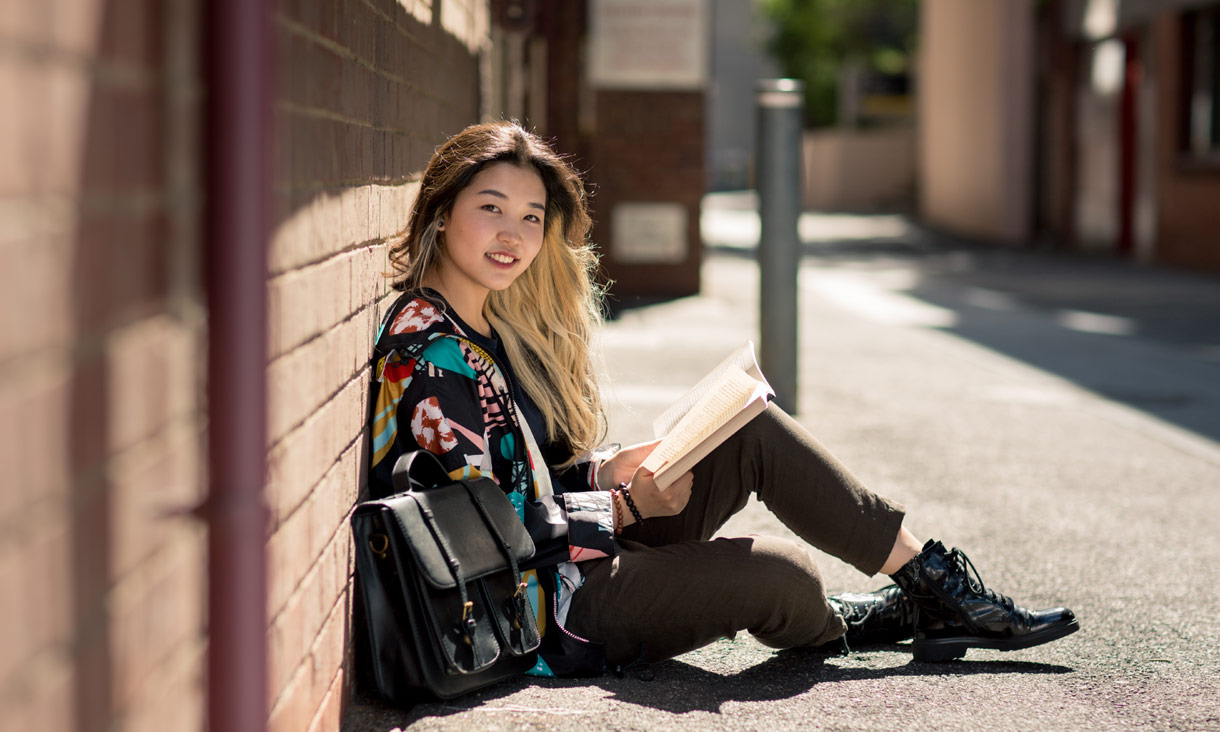 Start your pathway to university

Start your pathway to university

Foundation Studies gives you the opportunity to study the subjects that align with your interests and study goals. Choose from streams in:

Get in touch with a RMIT international advisor for help with your application, and to find out more about which option is best for you.

Book your 1:1 appointment
Expand all sections

How you will learn

RMIT Training’s Foundation Studies meets the requirements for Foundation Programs which have been registered on CRICOS for delivery in Australia.

The curriculum is designed for overseas students and is comparable in standard to an Australian year 12 curriculum.

You will study four subjects per semester with 20 hours of scheduled study per week.

The Foundations Studies curriculum encourages you to explore new ideas and consider your own place and purpose in an increasingly interconnected and interdependent world.

Assessments are designed to connect learning with current real-world scenarios, and can be structured as written or oral, and as independent or group activities.

Our learning activities promote engagement and are designed to build your confidence to think critically and creatively, to reason and to problem solve.

These are highly valuable and transferable employability skills required in all career paths.

The knowledge and skills you will acquire throughout this course and how they can be applied in your career are described in the learning outcomes.

View the learning outcomes for each stream:

Each stream consists of six core and two elective subjects. These include two English subjects, Exploring Narratives and Comparative Texts, plus four specialised discipline subjects. In each stream students choose two electives from a choice of four options.

There are six streams to choose from:

Please note, you must enrol in the correct Foundation Studies stream to allow you to meet the requirements of your chosen degree.

Choose a plan below to find out more about the subjects you will study and the course structure. 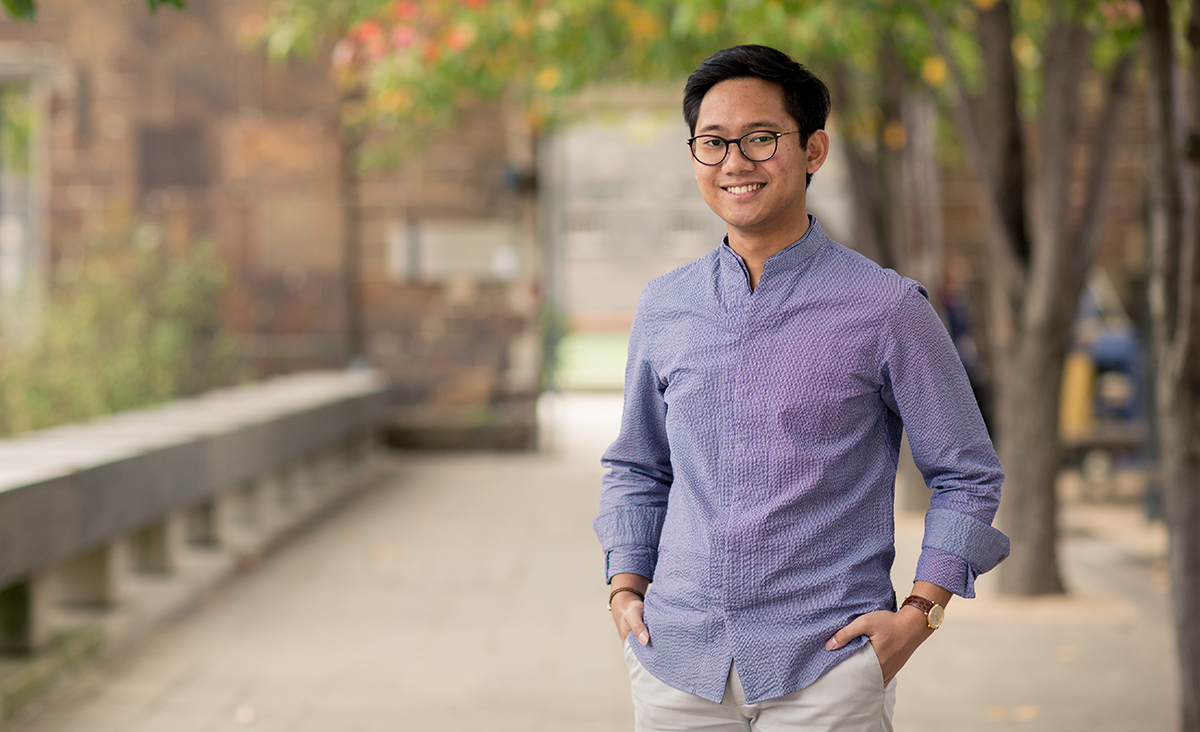 A strong foundation for success

Fabio Hutagalung is a graduate of the Bachelor of Design (Communication Design) after completing Foundation Studies. Fabio now works as an Account Executive at Encore Jakarta, a boutique branding agency that specialises in 3D rendering. — Fabio Hutagalung

A strong foundation for success

Fabio Hutagalung is a graduate of the Bachelor of Design (Communication Design) after completing Foundation Studies. Fabio now works as an Account Executive at Encore Jakarta, a boutique branding agency that specialises in 3D rendering. — Fabio Hutagalung

In Foundation Studies, I learnt about 3D modelling, painting and also mixed media drawing. These things became the foundation of my portfolio to get into my Bachelor of Communication Design at RMIT. Studying abroad interests me because I want to live in another culture and learn how people do things differently in different cultures. Melbourne is not very far from my home country and has some of the top-ranking universities in Australia and the world. I chose RMIT specifically because it is well known for its design faculty.

Support for your career

Whatever you’re planning for life and work, we’re right behind you.

At RMIT, we support you every step of the way to succeed in your studies.

We also offer many programs and services to help make sure you are ready for work by the time you graduate.

You must have successfully completed a senior secondary school qualification equal to an Australian Year 11 with a minimum D average. To determine your equivalent high school qualification to an Australian Year 11, or whether certified forecast or provisional results are accepted, please check relevant country requirements at RMIT Country Equivalency.

Meeting the minimum academic requirements does not guarantee entry. Your application will still need to be assessed and accepted.

Students must be 16 years of age upon commencement of this program.

To study this program you will need to complete one of the following English proficiency tests:

Foundation Studies at RMIT offers you pathways into higher study, both at vocational and undergraduate level. Use the tool below to explore the certificates, diplomas and degrees available after successfully completing this course.

These can be ordered online via the following link or can be purchased through various other retailers. The cost for the calculator in 2023 will be approximately AU$230.

In addition to tuition fees you also need to pay for:

You also need to account for your living expenses. Estimate the cost of living in Melbourne.

Find out more details about how fees are calculated and the expected annual increase.

Find information on how to apply for a refund as a continuing international student.

RMIT awards more than 2000 scholarships every year to recognise academic achievement and assist students from a variety of backgrounds.

Use our Frequently Asked Questions to learn about the application process and its equity access schemes, find out how to accept or defer your offer or request a leave of absence, discover information about your fees, refunds and scholarships, and explore the various student support and advocacy services, as well as how to find out more about your preferred program, and more.

This program is not available to local (domestic) students.

If you are an international student please select 'switch to international' below to view the information about this program.