The 2019 Queen's Birthday honours list has recognised Adjunct Professor Sophie Cunningham. Sophie received a Member in the General Division (AM) for ‘significant service to literature as an author, editor and role model’.

Sophie Cunningham is the author of five books, three nonfiction City of Trees (Text 2019), Melbourne (NewSouth 2011) and Warning: The Story of Cyclone Tracy (Text 2014), and two novels, Geography (Text 2004) and Bird (Text 2008). She is a former editor of Meanjin and former Chair of the Literature Board of the Australia Council. She is a founding member of the Stella Prize, a major literary award celebrating Australian women’s writing that champions diversity and cultural change. Sophie has been a judge on many of the key Australian literary and writing prizes including the Victorian Premiers Literary Awards, the Vogel and Barbara Jeffris Award. She has had decades of involvement in the Australian literary and writing scene and is highly sought after as an influential and well-versed speaker in both the media and at public events. She has been writing journalism since the mid 1980s including travel writing, arts reviewing, digital futures, writing on publishing, personal writing, and writing on Buddhism, and more recently on environmental issues, art and politics.

As Adjunct Professor in the School of Media and Communication Sophie’s expertise as a published writer, editor and industry figure, as well as her commitment to collaborative practice, continues to enrich the University’s research ecology amongst RMIT colleagues, and strengthen industry perceptions of the University’s writing and publishing programs – with publishers, funders and writing organisations, both nationally and internationally. She brings outstanding industry expertise to bear on the writing and publishing programs, and her expertise is embedded in the non/fictionLab research group. Sophie has collaborated with non/fictionLab on a number of projects including the NonfictioNOW Conference, Present Tense and a series of Historical Walks.

A champion for equal representation for women writers in Australian, Sophie said she was proud to be among the women recognised in the Queens Birthday honours list this year.

'A Queen's Birthday Honour is a complicated thing. I think that women's work, especially unpaid work, needs to be acknowledged. I certainly didn't think it was okay to talk about that publicly — as I have — and then not say ‘Yes’, when I'm acknowledged in such a public way. Many impressive women from the Arts were on this year's list, and I’m proud to be part of a group effort to change the profile of these awards.’

‘Sophie Cunningham's recognition by the Queens’ Birthday Honours is inspired because of her impressive standing in the literary community and her contribution to important and necessary debates of our times. Sophie brings to RMIT through Writing and Publishing a sophistication and depth of experience embodied and manifest in her practice: artistry, keenness of thought and literary knowledge.’

Sophie’s latest book City of Trees: Essays on Life, Death and the Need for a Forest is a powerful collection of nature, travel and memoir writing set in the context of global climate change. Through a series of essays that are both timely and very moving, Sophie tackles such topics as homelessness in San Francisco, what the YES campaign for the marriage-equality postal vote really meant, walking Broadway in New York as ‘a slow, deliberate dance’, as well as the centrality and importance of trees to the life of our planet.

Reviewers have praised this work:

‘City of Trees is a breath of fresh air accompanied by the knowledge of how much is lost, or is being lost…Through these essays one can find the hope and understanding to live and thrive in these dark times.‘ – Readings Monthly

‘City of Trees is a sorrowful meditation on the effects of climate change and time, but it is also full of wonder, of hope.’ – Kill Your Darlings

‘…these fine essays convey what factual reporting on the threat of climate change and the loss of habitat cannot: something beautiful is dying, something precious and monumental may be lost forever.’ – Australian Book Review

Sophie’s Adjunct Professor position with Writing and Publishing has recently been extended for a further three years, where she will continue to be a highly-valued contributor to the culture of the School. 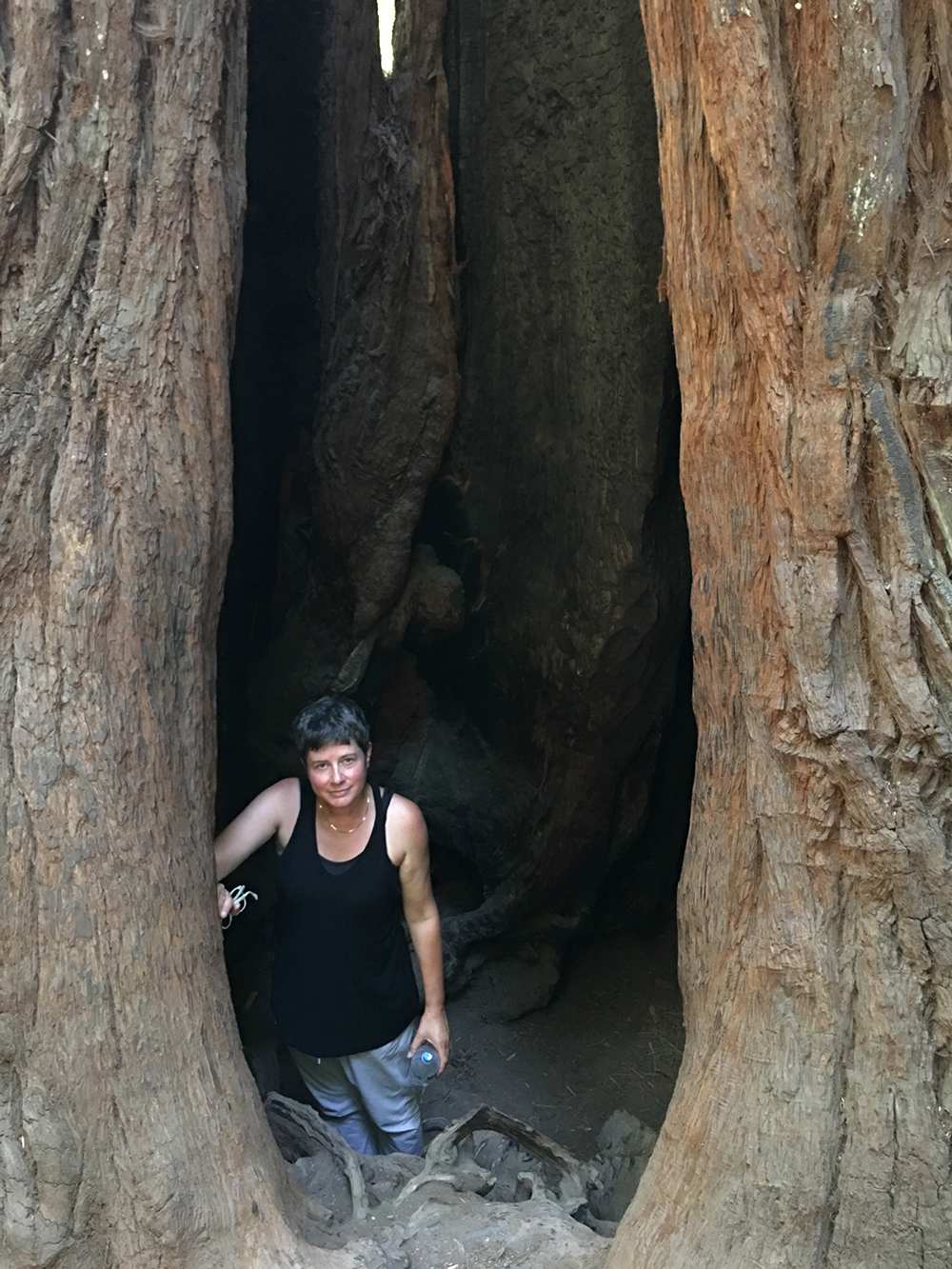