Over three nights in July RMIT University’s Media discipline and Screen and Sound Cultures research group partnered with the Vietnam Film Institute (VFI) to present a collection of diverse and notable cinema from Vietnam.

Screen and Sound Cultures Co-Director and Media Lecturer Patrick Kelly said he hoped this was just the beginning of RMIT’s relationship with the VFI.  "Screen and Sound Cultures was thrilled to host our new friends from the Vietnam Film Institute. These types of events are key because they demonstrate the importance of engaging with the globalised world of work, and hosting this program in collaboration with the VFI represents a tangible connection that also furthers RMIT's appreciation for Vietnamese history and culture.”

Attended by RMIT students and staff alongside the general public, opening night offered a screening of Far From Vietnam (1967) with introductions from Department of Foreign Affairs and Trade, RMIT and VFI representatives.

The series was a celebration of the practice of storytelling, culture, and mutual understanding reflecting RMIT’s deep ties with Vietnam.

Far From Vietnam, a 1967 French New Wave documentary exploring the politics surrounding the Vietnam War, is a moving example of cinema’s potential to educate.

“When I used to screen this for students in the 70’s, it was extraordinarily prescient, radical and important for many reasons. It had an enormous critical immediacy,” said RMIT Adjunct Professor, Dr John Hughes, who also spoke at the event. 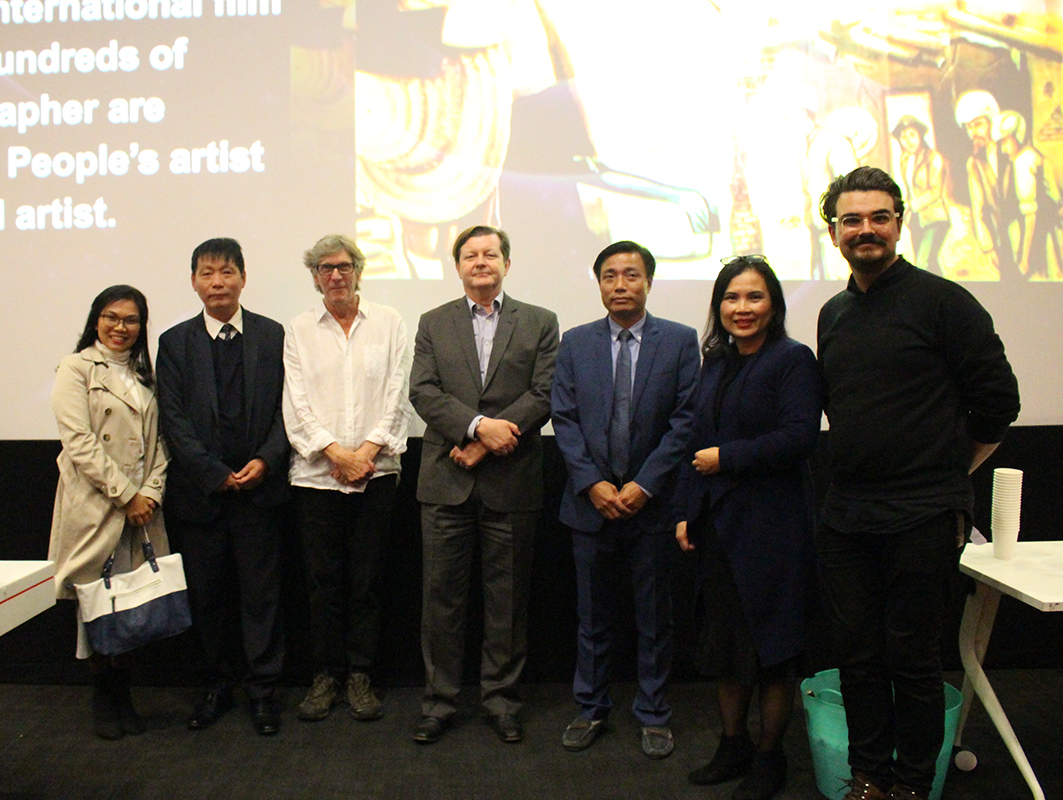 RMIT’s Screen and Sound Cultures is a collaborative research group for scholars and creative practitioners working across a variety of media related fields.

The VFI was established in 1979 and aims to preserve cinematographic materials to teach the public about Vietnamese film culture and heritage. The institute’s collection currently includes more than 100,000 feature films and other videos, including 35mm, 16mm plastic film and VHS formats.

“We are very passionate about collecting and trying to preserve all these very important resources”, the Director of the Vietnam Film Institute, Mr. Hùng Vũ Nguyên, said.

As a global university with two campuses in Vietnam, RMIT has long fostered a strong and important relationship between Australia and Vietnam through education.

John Donnelly, Acting State Director in Victoria State Office, Department of Foreign Affairs and Trade also spoke at the event where he talked of Australia and Vietnam’s strong relationships and people to people linkages. Donnelly also noted RMIT Vietnam’s 6,000 students and more than 13,500 graduates, marking a “significant commitment by RMIT to engage within Vietnam over the years.”

In sharing these films with international institutes, such as RMIT, the VFI is also able to expand viewership of Vietnamese cinema globally.

“We hope that these screenings, will allow audiences to get to know about us as Vietnamese people, our culture and history,” Nguyên said.

Both RMIT and the VFI are looking forward to more opportunities to further their relationship and continue to share compelling cultural artefacts.

Why study problems when you can solve them?

Dr Dennis John Sumaylo recently became the first person to complete a PhD under RMIT’s partnership with the Philippines Commission on Higher Education (CHED), saying "RMIT is not just to study, but to apply what you learn to real life".