RMIT’s Advertising undergraduate program has had several exciting wins in the last few months. Third year students have taken out a prestigious D&AD Pencil Award in London, the Melbourne Advertising and Design Club’s Grand Prize, and a shortlisting for the Cannes Future Lions awards. A talented team is heading to Ad Stars New Stars in Korea in August and another student has landed the ‘World’s Greatest Internship’.

All of these successes came out of the third year subject Advanced Creative Advertising. Coordinator of the program, Fiona, speaks proudly of her students,

“In the first half of 2019 our 3rd year cohort have achieved a tremendous amount of recognition from industry for their creative work. They have won awards, landed internships and some of them are now being offered graduate roles.

There is no doubt that they are an extraordinarily talented bunch.

But the thing that sets them apart is their attitude; they are great listeners, they work hard and they collaborate beautifully together. It has been a delight to work with them.”

The brief called for a campaign to address the global problem of girls giving up sport at the age of 14. They were asked to choose a sport and a city and their team picked tennis and London (Wimbledon). Their concept is a collaboration between Adidas and THINX to create a product line of leak proof active wear that is accessible to all teenage girls. The new product line will be launched alongside a strong digital and social media campaign that aims to normalise period discussion in sport and challenge conventions. A special edition uniform and red tennis balls will also be introduced at Wimbledon to encourage a dialogue around this issue.

“We are really proud of this team, their work is beautiful and shows immense insight,” Fiona Finn said, coordinator of the Advanced Creative Advertising program. 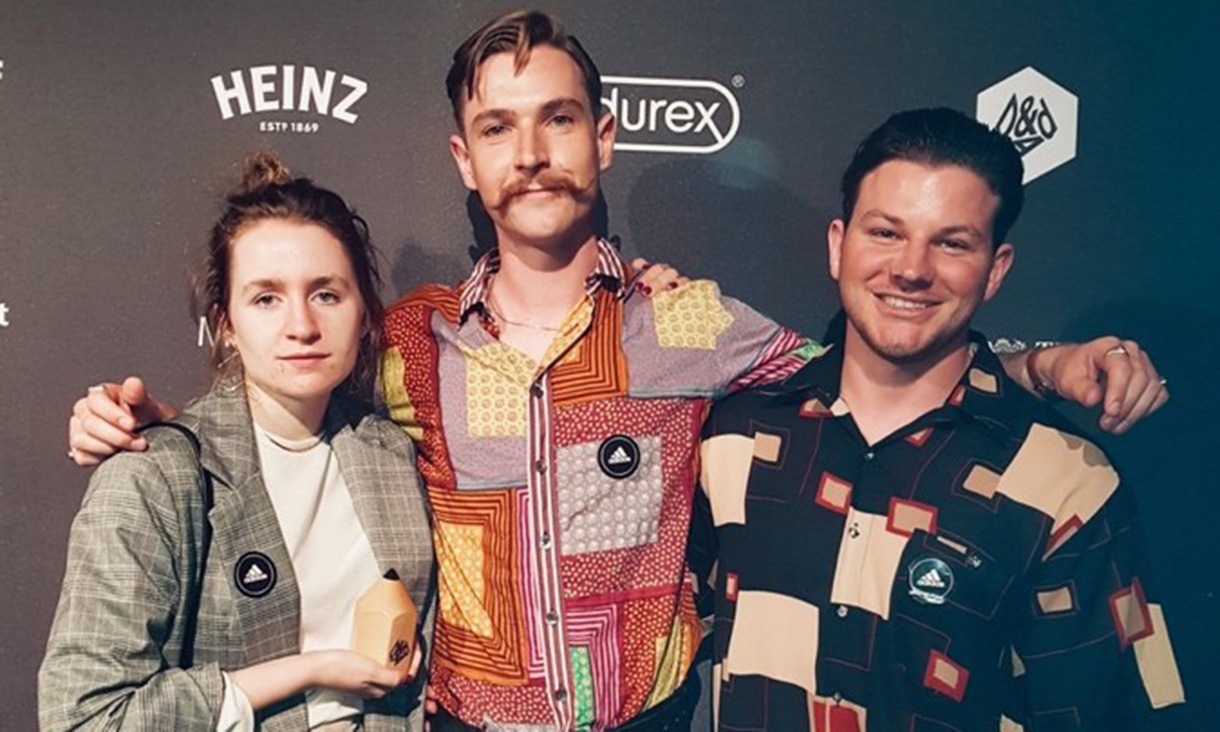 Cale Berry and Will Fox, also in their third year of Bachelor of Communications (Advertising), have taken out the Grand Prize of All Star trip to One Club in New York City to work on a global brief.

The talented duo were participants in The MADC + One Club’s Portfolio Night which gathered over 40 of Melbourne’s top creatives, creative directors and the MADC Committee at Hell Studios, Richmond. The night was an opportunity to network and receive feedback from some of Melbourne’s best in the industry.

Kiera Hastings and Belle Nowak have been selected to attend the Ad Stars New Stars competition in Busan, Korea in late August. They were one of 40 teams from around the world selected to attend, based on their strategy submission.

Ad Stars New Stars is a four-day competition that “aims to find and support promising future creatives from around the world.” The competition is open to junior advertising professionals and provides a space to generate ideas, develop skills and build global networking. Each team is given a brief and must work within time limitations to create a campaign.

Winner of the ‘World’s Greatest Internship’

Copy writer and third year RMIT Advertising student Tom Lander, is one of six people from around the world undertaking the World's Greatest Internship (WGI). A dynamic and unique work-learning program, WGI provides interns the opportunity to work with top creative agencies in a range of international locations. Over six months, the unique and rewarding internship allows talented hybrid creatives to innovate and gain hands-on industry experience.

Reflecting on his internship opportunity, Tom said that WGI is “conceived by the incredibly bright minds at Butchershop Creative in San Francisco. The program is designed to foster cross-cultural collaboration and to change the way the creative industry operates. I’m in Berlin at the moment, and the next stop on my trip is Chicago. The places that writing some words on a page can take you will never cease to amaze me.”

Tom is currently placed at Koto in Berlin, afterwards he will head to Listen in Chicago and then W20 in San Francisco.

You can check out the Instagram for the World’s Greatest Internship. 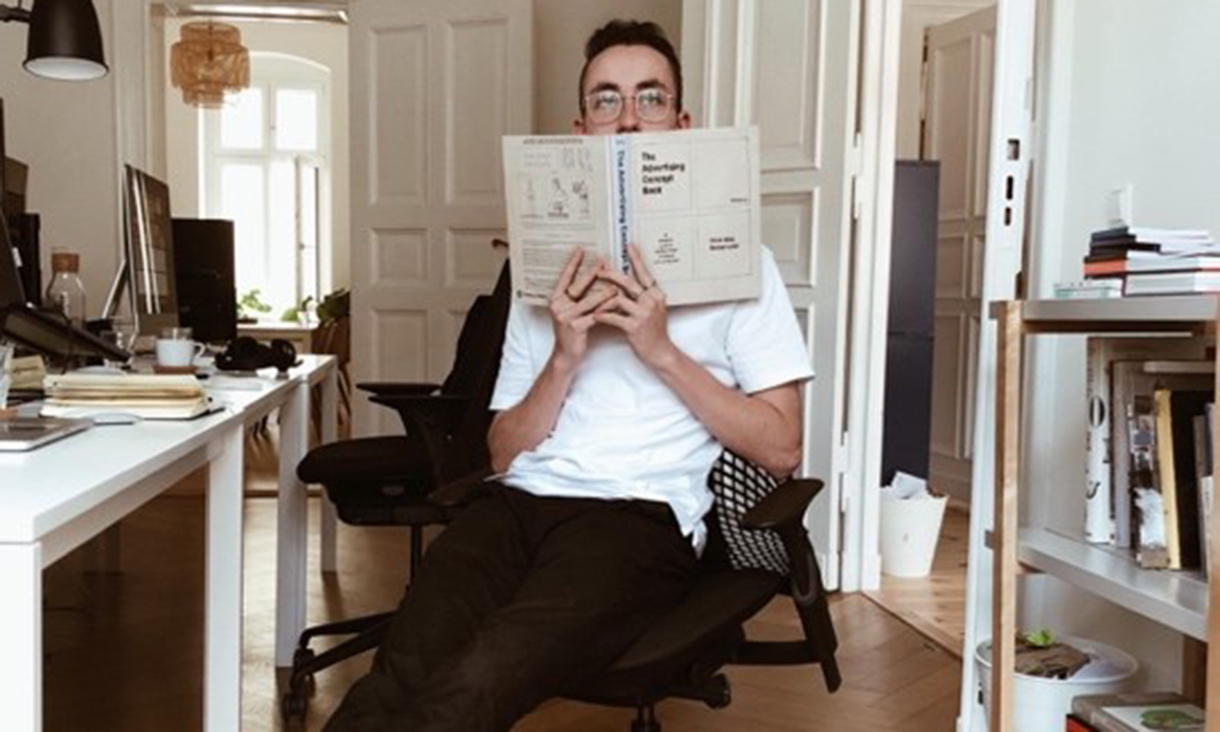 Milly Neal said that the fact that the course allowed them to enter the competition as part of their studies “made it feel even more real and motivating to work on considering the potential opportunities it could and would lead us to.”

In collaboration with the Cannes Lions International Festival of Creativity, the AKQA Future Lions award challenges students to connect an audience of their choosing to a product or service from a global brand in a way that was not possible three years ago.

The students' concept ‘Apple Respond’ tackles personal safety by combining Apple’s Peer to Peer network with emergency services and other Apple users within a 500-metre radius. They have created a digital neighbourhood watch to help people stay safe.

The success of these students shows how the skills developed in a University setting can be extended into the professional world. Reflecting on what the advertising program has provided her with, Milly says it has been much more than a degree and “through the guidance of our wonderful tutors I have been able to learn the ins and outs of the advertising industry over the last three years. The course actually gives us a transition into the ‘real’ world.” 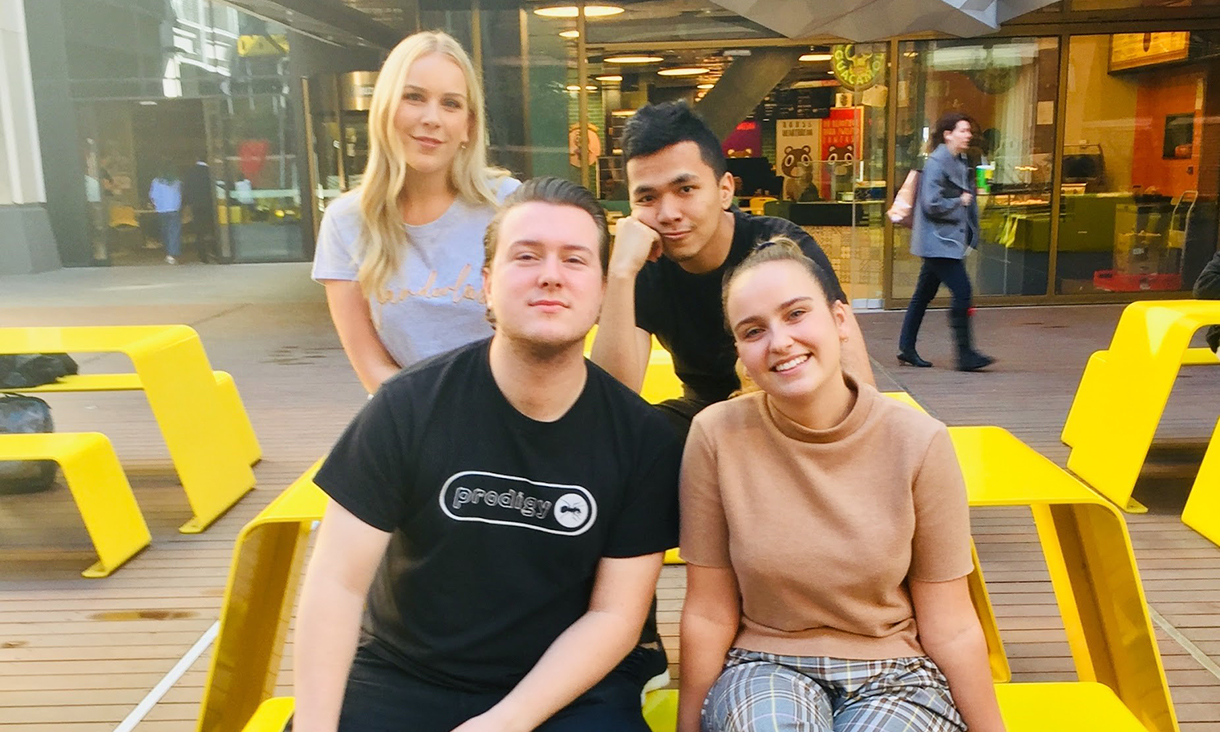 Why study problems when you can solve them?

Dr Dennis John Sumaylo recently became the first person to complete a PhD under RMIT’s partnership with the Philippines Commission on Higher Education (CHED), saying "RMIT is not just to study, but to apply what you learn to real life".