I’m Jiajia, a PhD student at RMIT University. I finished my Bachelors’ degree at Hebei University in China, where I majored in inorganic nanomaterials for photocatalytic applications.

I received my Masters’ degree in Materials Engineering, working on self-assembly of fullerene nanomaterials at the Institute of Chemistry, Chinese Academy of Sciences. In 2018, I began my PhD research into preparation of novel photocatalysts for CO2 hydrogenation. 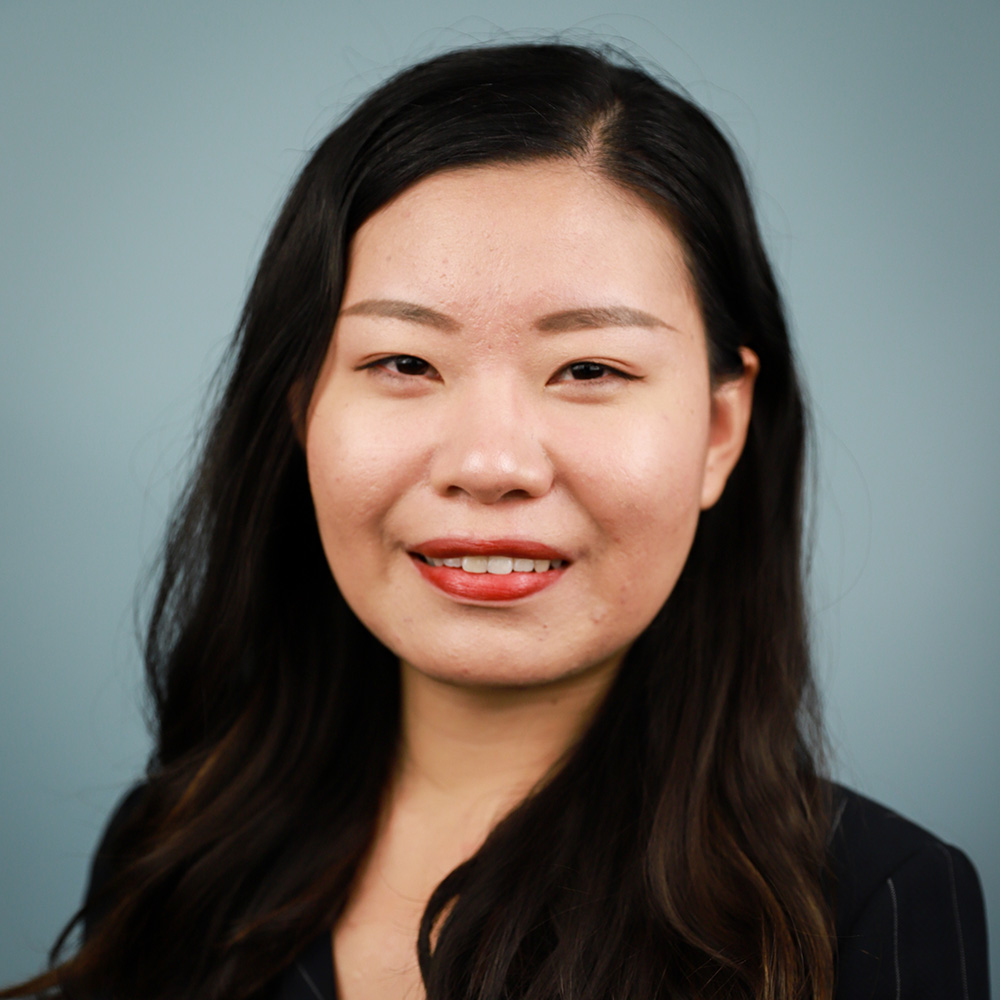 CO2 hydrogenation is a promising option for decreasing the over-abundant CO2 in the atmosphere, and producing solar fuels like CH4, CH3OH, HCOOH and other hydrocarbons. Among these current techniques, photocatalysis offers recycling, environmentally friendly and mild reaction media. Photocatalysts, especially multiple semiconductors and metal oxides, have been studied widely by simulating natural photosynthesis. However, most semiconductors are confined to UV light absorption due to their wide band gap, and not optimal for CO2 reduction at large scale owing to the inhibition of generating electron-hole pairs under visible light.

The introduction of doped metals as promoters (such as Mg, In and La) can enhance the reducibility of transition metal oxides and the basic strength of catalysts. It has been reported that Sn is more capable of accepting photogenerated electrons, due to the relative lower CB (conduction band) potential than TiO2. Recently, the fabrication of oxygen-deficient transition metal oxides like TiO2-x or ZrO2-x has been investigated intensively to increase the surface-active sites and visible-light absorption. However, despite ZrO2’s generally high photostability, its wide band gap of around 5 eV renders it much more challenging to generate large numbers of oxygen vacancies than TiO2 (3.2 eV). Therefore, in this work we focus on the fabrication of ZrO2-x nanostructures and modification with Sn as a promoter to improve sunlight harvesting and lower charge-transfer resistance. 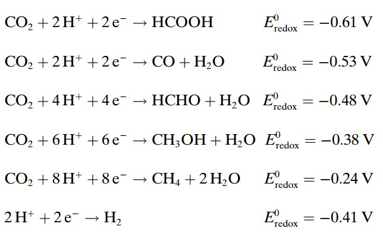 Two-, six- and eight-electron reduction potentials (vs. NHE) of some reactions involved in CO2 photoreduction at pH 7