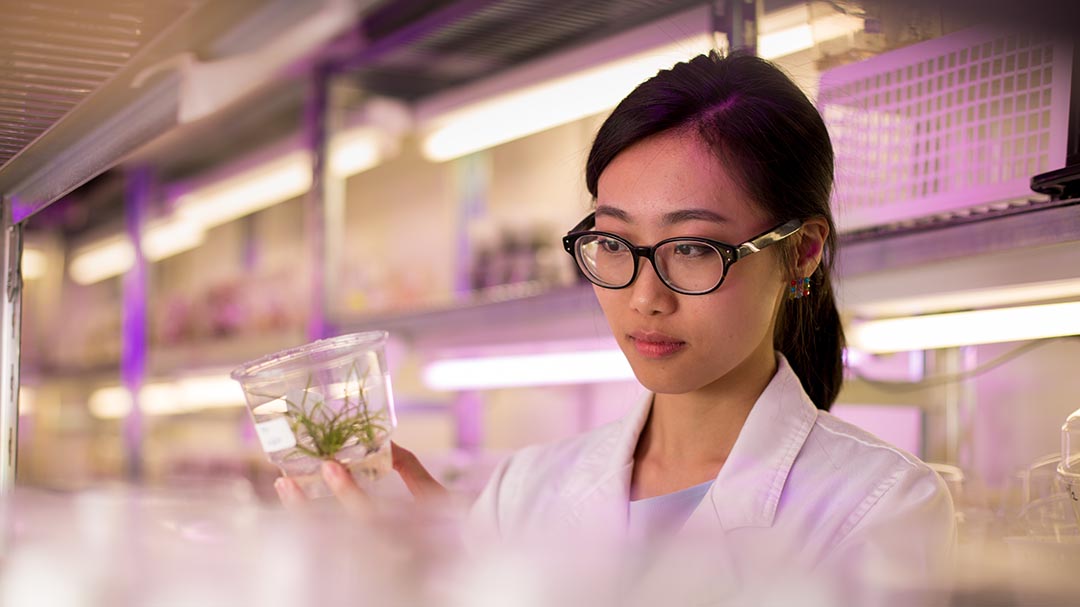 Learn about how we empower our innovative women in STEMM at RMIT and find out what opportunities are on offer with us. 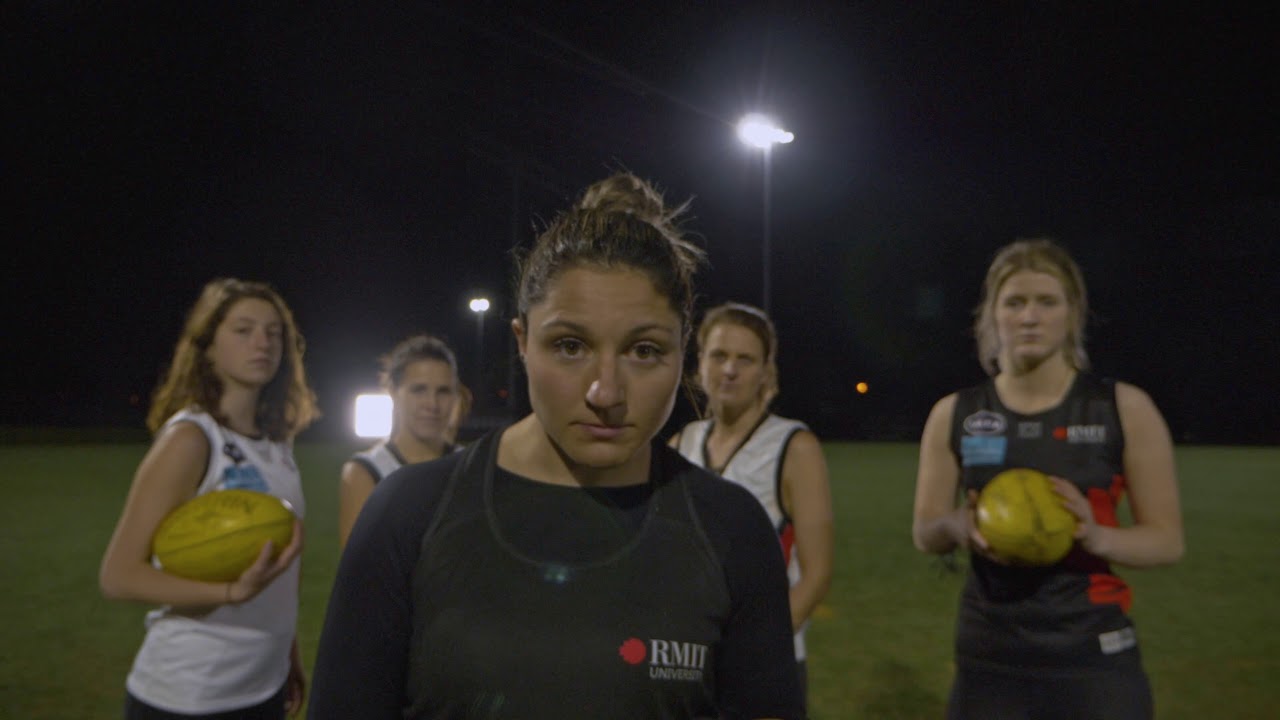 Life is a Play - Women in STEMM

Find out how RMIT University has empowered its women in STEMM to innovate and experiment, make a positive impact and build a sense of belonging.

Life is a Play - Women in STEMM

Find out how RMIT University has empowered its women in STEMM to innovate and experiment, make a positive impact and build a sense of belonging.

Transcript
Back to video
Employment opportunities

Hear from our women in STEMM

Find out what it's like to be a women in STEMM at RMIT. 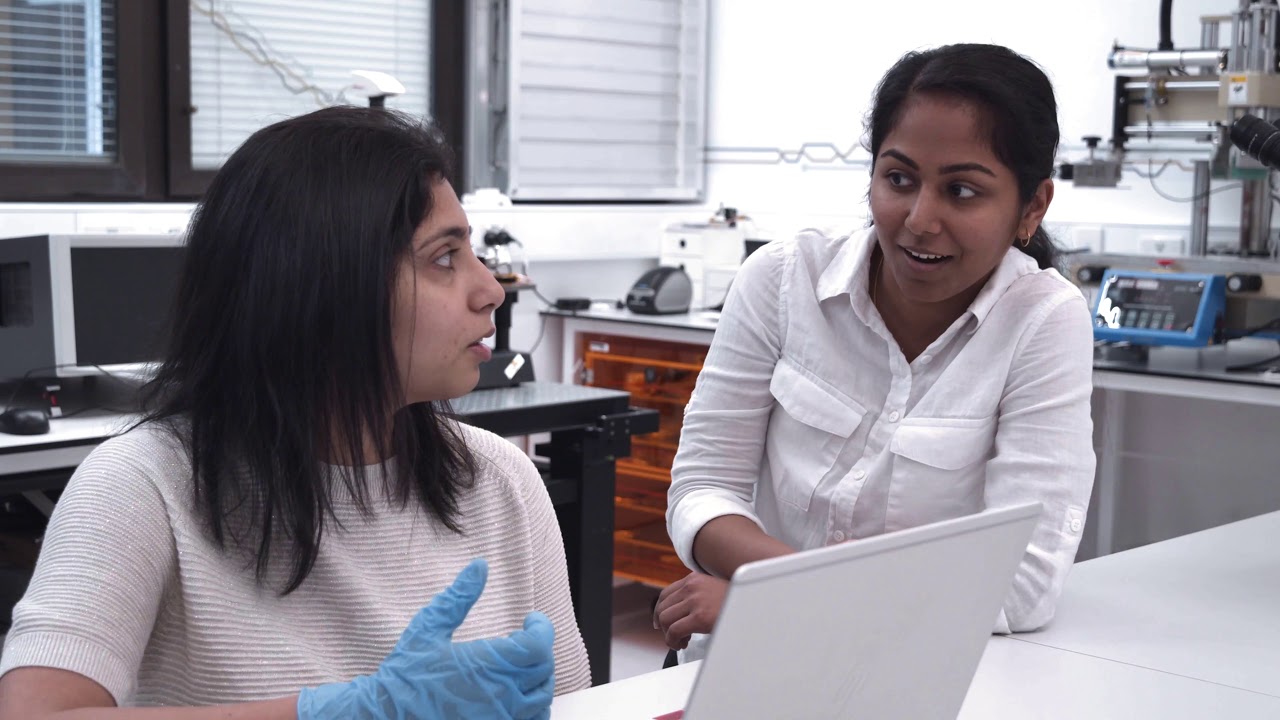 Hear from Madhu Bhaskaran and find out how RMIT University has empowered its women in STEMM to innovate and experiment, make a positive impact and build a sense of belonging.

"I think RMIT has been a brilliant place for me to work, with the amount of independence they have given me to choose whatever I wanted to do and to pursue that and excel in that"

An award winning academic, Madhu Bhaskaran combines leadership and research in her positions as the Associate Dean for Higher Degrees by Research and co-lead for the Functional Materials and Microsystem Research Group at RMIT. Her radical work in the field of flexible electronics has garnered her the Batterham Medal award and an Early Career Award in 2018. She has also been recognised as one of Australia’s Most Innovative Engineers by Engineers Australia. Madhu’s passion for the field led her to co-found the Women Researcher’s Network at RMIT. She has also served on the Board of Directors with Women in STEMM Australia since 2015. When asked about the impact of her work Madhu reflects: 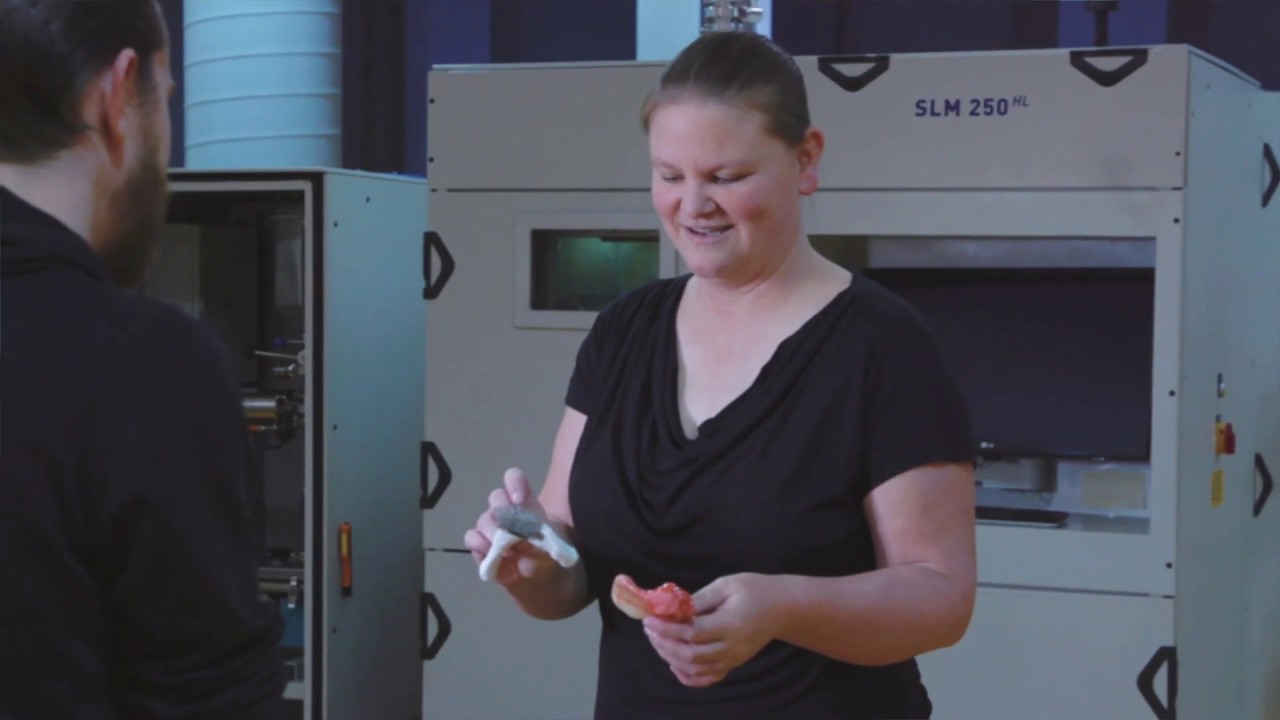 Hear from Kate Fox and find out how RMIT University has empowered its women in STEMM to innovate and experiment, make a positive impact and build a sense of belonging.

"I chose RMIT because as an Engineer I want to be around the best and brightest, cool new toys…we’ve got everything you could possibly want as an Engineer…"

Kate Fox is the Associate Professor at RMIT’s School of Electrical and Biomedical Engineering and is passionate about advocating for gender diversity in STEMM roles. Beginning her career with a double degree in science and biomedical engineering and a PhD in orthopaedic implants, Kate’s work is focused on using 3D printing to make new biomedical implants. Her knowledge and background as a patent attorney have also made her a valuable asset to two of the largest medical bionics projects in recent Australian history - the Bionic Eye and SmartStent. Dedicated to using her platform as an Engineer to make lasting positive impacts, Kate is pushing the edges of innovation by researching methods to 3D print diamond onto metal implants, allowing for greater biocompatibility. For women considering a career in Engineering Kate has this advice to offer:

"As a women in STEMM I would say find something you love…and now if you look around RMIT you’ll see that we have women in all kinds of areas of leadership positions so you know the sky’s the limit now."

Hear from Mary Tolcos and find out how RMIT University has empowered its women in STEMM to innovate and experiment, make a positive impact and build a sense of belonging.

Mary Tolcos is the Associate Professor for Applied Health Cluster and ARC Future Fellow at RMIT. Prompted by positive feedback from biomedical researchers already working at the University, Mary joined RMIT at an exciting time when opportunities within STEMM were expanding. A successful recipient of multiple grants, Mary’s research focuses on studying various intrauterine causes that impact neurological development. The aim of her work is to develop targeted approaches that aid in neuroprotection and improve long-term outcomes. Alongside supporting Mary’s research program, RMIT has provided her with opportunities to lead as a woman in STEMM. Mary is a member of RMIT’s Athena Swan Working Committee, whose dedication to achieving gender equality in STEMM has been rewarded with the Athena Swan Bronze award in 2019. Advocating on the importance of building resilience through supportive networks Mary shares:

"As a woman in STEMM I would advise peers within in my industry to choose a topic that they are really interested in… immerse yourself within it…and surround yourself people with like-minded STEMM centric people. It’s often important to build communities so that you can all help each other within that workplace and through difficult times." 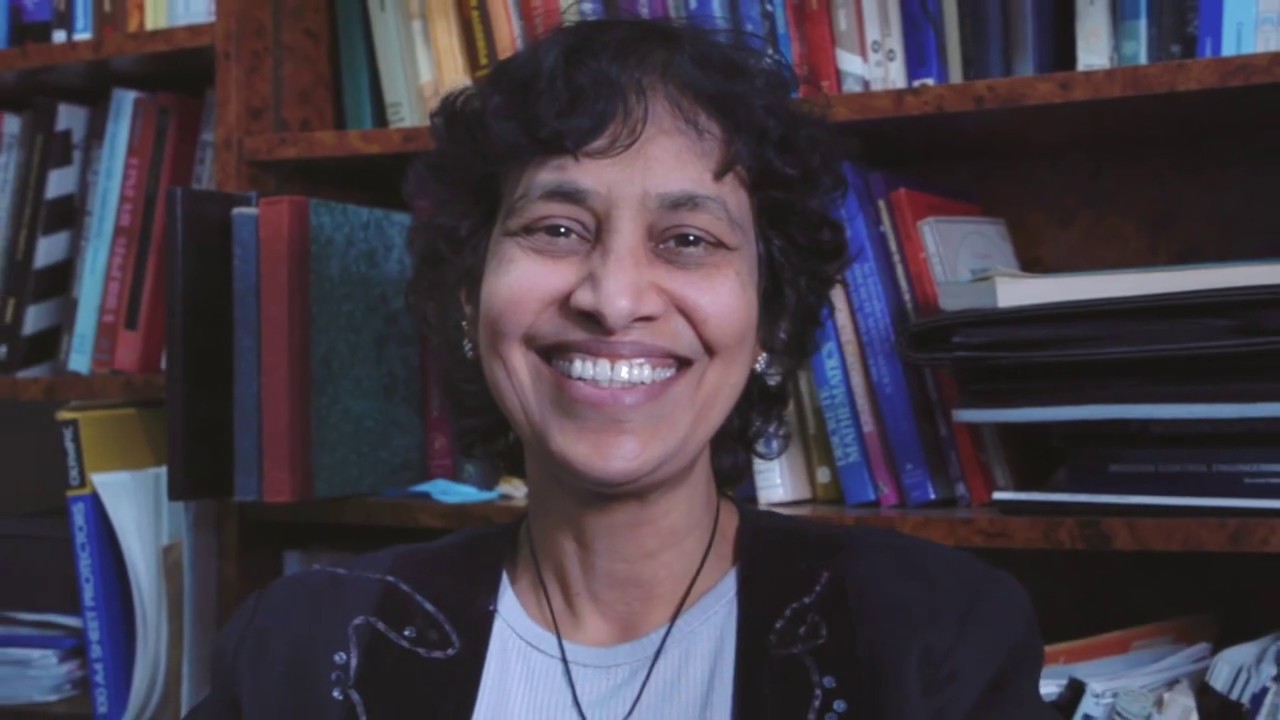 Hear from Asha Rao and find out how RMIT University has empowered its women in STEMM to innovate and experiment, make a positive impact and build a sense of belonging.

“My main advice to younger people in STEMM is… to build resilience and not to doubt your abilities or experience.”

Asha Rao is a Professor and Associate Dean of Mathematical Science within the School of Science. Her research is in Cyber Mathematics where she applies research to solve real-world-issues like fraud detection and money laundering. Now, as Associate Dean of Mathematical Sciences, her main advice to younger people in STEMM is to build resilience and not to put doubt in their abilities or experience. Asha is passionate about making a difference in science with her team and encouraging women in their early careers to think about STEMM as a career choice. So, what does she love about RMIT? It’s easily the support and the sense of family that she gets from the people around her. RMIT has given her leadership growth and development, as well as trans-disciplinary opportunities in research.

RMIT exists to create transformative experiences for our students, getting them ready for life and work, and to help shape the world with research, innovation, teaching, and engagement. Our goal is to offer life-changing experiences for all and to influence the future with the talent, knowledge and learning capability that we share. We are passionate about impact and focused on the challenges and opportunities emerging around us.

Our people make everything at the University possible.

We encourage and embrace new approaches to work and learning, stimulating change to drive positive impact.

We want to bring those who will not rest until they make a difference.  RMIT is an amazing institution. We all have a role to play in renewing it.

This prestigious citation is awarded by The Workplace Gender Equality Agency. This Australian Government statutory agency recognises employers that are leaders in gender equality.

RMIT University has proudly held the citation for 12 years. The “Employer of Choice” citation highlights the extraordinary efforts we took across the organization to drive positive change. We’ve worked hard to continue to put our commitment to gender equality into practice and cement RMIT University as an organisation that attracts, supports and progresses women.

Athena SWAN has an international reputation for creating a gender inclusive workplace, with accredited institutions demonstrating a competitive edge in attracting the best scientists. Athena SWAN Charter is the most comprehensive and practical scheme to improve academics’ careers by addressing gender inequity. Women scientists employed in organizations participating in the Athena SWAN Charter experience greater career satisfaction and fairness in the workload allocation, and increased opportunities for training and development. 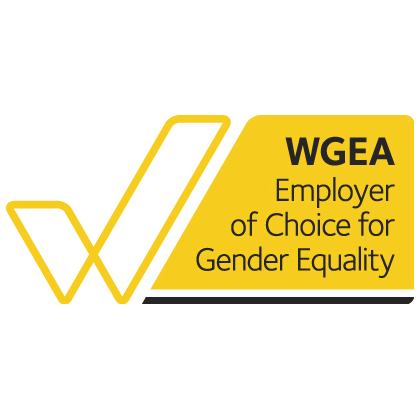 How we can support you

People are the heart of RMIT.

What it means to us, is finding ways of working that allow you to achieve your best. With our range of benefits and diverse working arrangements – from technology, well-being support to flexible schedules and everything in between, we understand that life is not quite one-dimensional.

No matter your need, we can support you.

Parenting – With onsite Bundoora and CBD RMIT's childcare centers and paid maternity/ parental leave, we support parents and carers throughout their parenting journey with personalized working arrangements, staff parenting network and opportunities to stay connected. Parental leave options are available to staff regardless of sex, gender, gender identity, relationship status or any other personal attributes.

Leave – From public holidays and 20 days of annual leave, paid sick/career leave, the list doesn’t end there! Easter Tuesday and the period from Christmas to New Year are granted as university holidays for Higher Education professional and academic staff.

Indigenous Support - The Ngarara Willim Centre supports Aboriginal and Torres Strait Islander peoples to reach their potential with a range of study, living and cultural services.

Insurance - A variety of discounted insurance options are available such as private health insurance, discounted travel insurance for staff as well as their family and friends, and Accident Protection Insurance, covering RMIT staff whilst travelling directly between the place of residence and the place of business.

Financial – RMIT has partnered with a vast range of retailers to provide our staff a variety of discounts. We also offer salary sacrifice arrangements for education and above-statutory superannuation contributions of 17% (with default fund UniSUper). Please note: Not all roles are eligible for 17% super, please refer to your individual employment offer

Career Progression - RMIT has a range of programs for women in STEMM to progress and develop in their careers. This includes embedding ARtO (Achievement Relative to Opportunity) framework, leadership development and funding, as well as proactive management of career breaks to minimise impact including on funding and/or time release on return.

Mentoring/Career development - Women Researchers Newtork, BOOST and especially BOOST Women are just a few ways to connect with like-minded colleagues. Discounted e-learning and micro-credentials are available to accumulate more skills, along with access to RMIT libraries and resources. 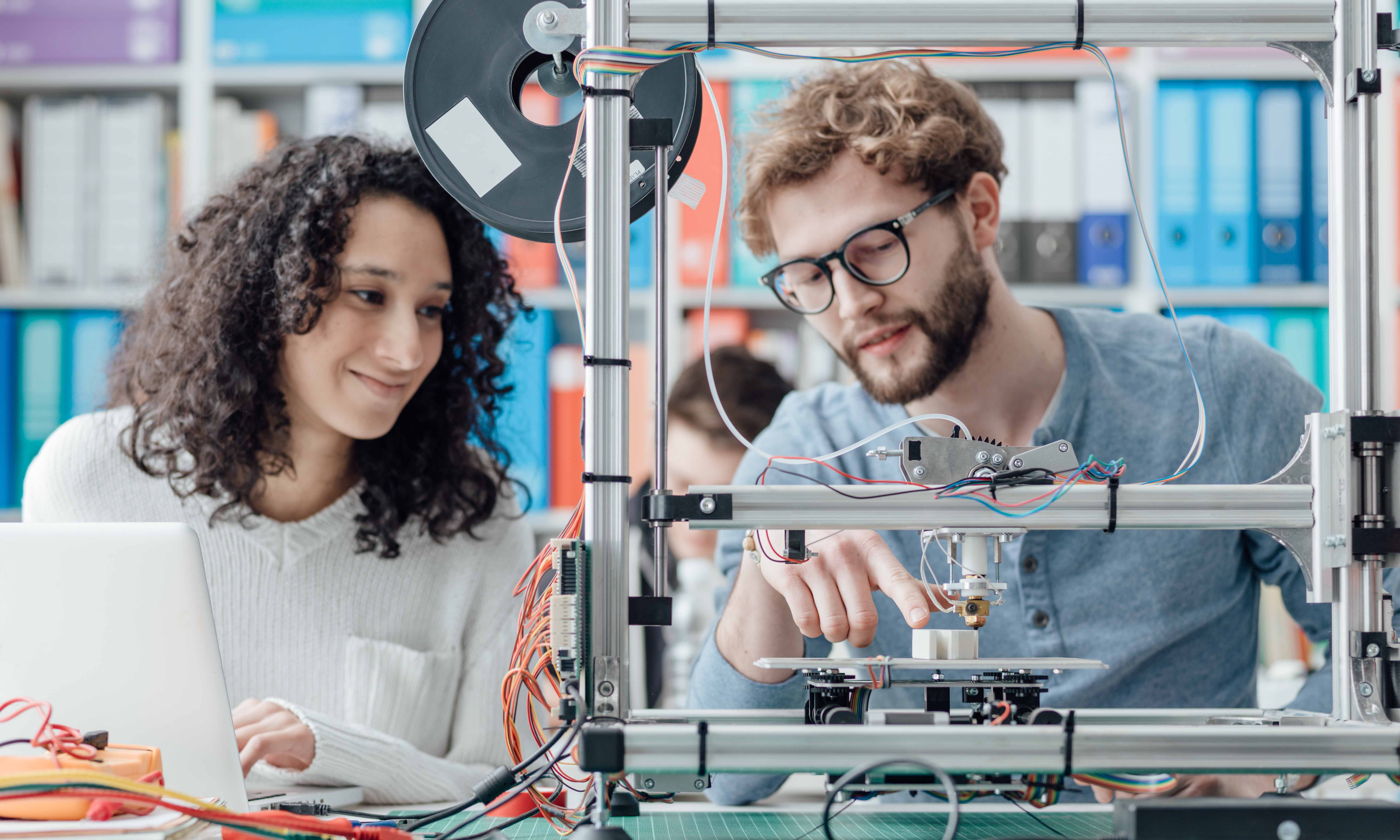