Get in touch
Contact / Jiyuan Tu
Open to:
PhD supervision 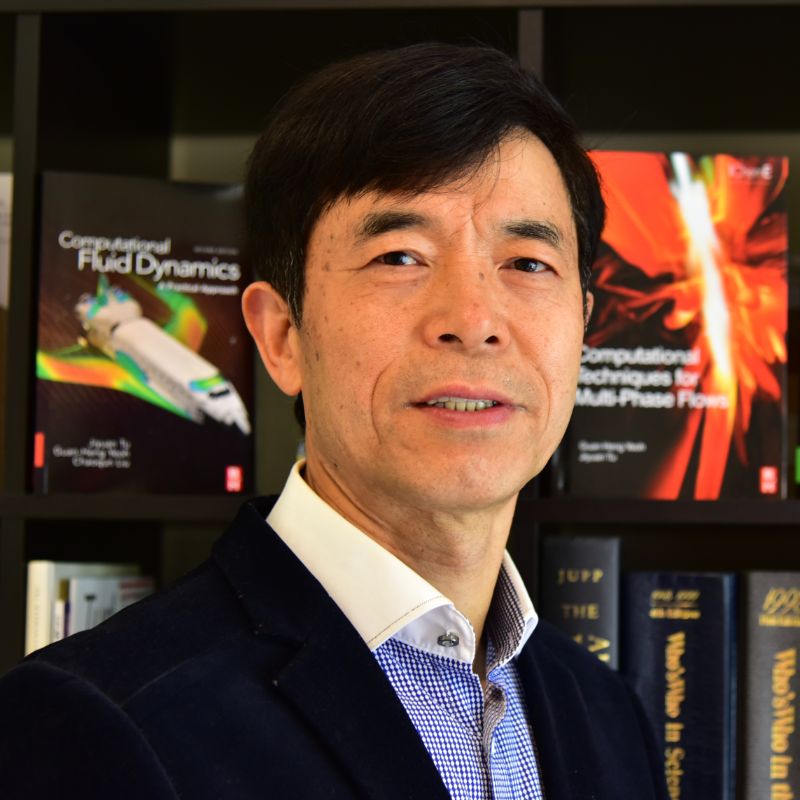 As an academic, Professor Jiyuan Tu is passionate about innovative research, creative teaching and supportive supervision to students.

Professor Tu teaches “Thermal Fluid Mechanics” and “Heat Transfer” within Mechanical and Automotive Engineering Discipline, and “Computational Fluid Dynamics (CFD)” for students from various engineering disciplines including Aerospace, Mechanical, Automotive, Chemical and Civil Engineering. A book, “Computational Fluid Dynamics—A Practical Approach”, based on his teaching and research at RMIT, was published by Elsevier Science in 2008 and has been adopted for teaching senior undergraduate and postgraduate research students in many universities worldwide. The book has been translated into serval foreign language and published for four editions due to rapidly advancing in CFD research and application. The book has also attracted over 1300 citations in Google Scholar. Prof Tu has supervised over 50 postgraduate research students at RMIT University and from overseas universities. He has provided his mentoring and supervision to over 15 postdoctoral fellows, 6 early career research fellows funded by ARC (APDs and DECRAs) and many visiting fellows/scholars. Through rigorous training and well laid foundation, many of the outstanding graduates developed strong interest in research and teaching, and continued in academic fields in national and international recognized institutions. Many other outstanding graduates joined prestigious governmental and industrial research institutes to further R&D in related fields.

Since working at RMIT University in 2002, Prof Tu has received 18 ARC research grant awards including 6 ARC-Discovery, 10 ARC-Linkage grants, 1 ARC-e research and 1 ARC-LIEF grant. Together with other funding schemes such as CRC and research contracts with industries, a total of over $10M funding has been received to support a broad area of research activities and research collaborations. Prof Tu has published over 500 peer-review research articles, 9 books and 1 edited book, which have received over 11,000 citations and h-index 50 (over 7000 citations and h-index 40 since 2016) in Google Scholar and over 7,000 citations (h-index 41) in Scopus. Since 2016, he has been ranked 2nd and 3rd worldwide in research outputs in topics of “Pebble Bed Reactors”, and “Rhinomanometry” and “Airborne Infection” respectively according to SciVal Topic Clusters Statistics. 38% of his articles are published in the top 10% journals, 20 articles are listed as top 10% and 2 articles are listed as top 1% most cited publications worldwide.

Prof Tu has made significant contribution and earned an international reputation in the field of computational fluid dynamics (CFD) and modelling of multiphase flows. His early research focused on developing new numerical models through better understanding of the flow physics and accurately predicting complex behaviour of multiphase flows, some of which have been widely used in research community and industrial simulation through adoption and implementation into commercially available CFD software packages. The above-mentioned research outcomes were included in his two popular books, “Computational Fluid Dynamics—A Practical Approach”, (published in multiple editions in 2008, 2012, 2018 and 2022) and “Computational Techniques for Multiphase Flows – Basics and Applications” (2009 and 2019) which was awarded a Brennan Medal for the best book publication by Institution of Chemical Engineers (IChemE) (2009). Another significant contribution of Prof Tu's early research is the development of a new heat partition model which was successfully applied to modelling subcooled boiling flow, resulting in publishing one research monograph, “Modeling Subcooled Boiling Flows” (2009) and one research book, “Multiphase Flow Analysis using Population Balance Modeling – CFD, Bubbles, Drops and Particles” by Elsevier (2014). Having successfully completed a number of ARC-funded projects, Prof Tu was able to transform his research capacity into some emerging research areas related to biomedical engineering and health science. He has led his team to work on numerical and experimental modelling of gas-particle flows in human nasal cavity and lung airways for studying targeted drug delivery and toxic particle inhalation, leading to a new research book, “Computational Fluid and Particle Dynamics in the Human Respiratory System”, published by Springer (2012). When working on study of human blood flow by CFD and its application, Prof Tu published two research books, “Methods in Research and Development of Biomedical Devices”, by World Scientific (2013), and “Computational Hemodynamics – Theory, Modelling and Applications”, by Springer (2015). For last 10 years, Prof Tu has participated in a large international collaborative project on research and development of a new generation of nuclear power reactor in which multiphase flow and heat transfer in pebble bed reactor core has been thoroughly investigated. As a result, a new research book, “Multiphase Flow and Heat Transfer in Pebble Bed Reactor Core” was published by Springer and Tsinghua University Press (2020).

Prof Tu received many prizes, honours and prestigious fellowships from national and international bodies in recognition of his research contributions, in addition to awards received from RMIT University. Among them, he received the Japan Society for the Promotion of Science (JSPS) Fellowship (1999), the Korea Science and Engineering Foundation (KOSEF) Fellowship (2000), Australia-Europe Exchange Fellowships (2001) as well as a Fulbright Senior Scholar award (2008) presented by Australian-American Fulbright Commission in recognition of his outstanding research contribution to the field of Computational Multiphase Flows. He was listed as Top Australian Researcher in the field of Thermal Science by Australian Research Magazine for 2020 and 2021. Prof Tu has many other honorary positions in his career, such as Distinguished and Outstanding Visiting Professor at Tsinghua University in China and Visiting Professor at Institute of Computational Fluid Dynamics in Japan. He is one of Founders and Editors-in-Chief for an International Journal “Experimental and Computational of Multiphase Flow” published by Springer and Tsinghua University Press since 2019. He has organized a number of national and international conferences including to serve as the President for 4th International Conference on Building Energy and Environment (COBEE) held at RMIT University in 2018.

Computational Fluid and Particle Dynamics in the Human Respiratory System 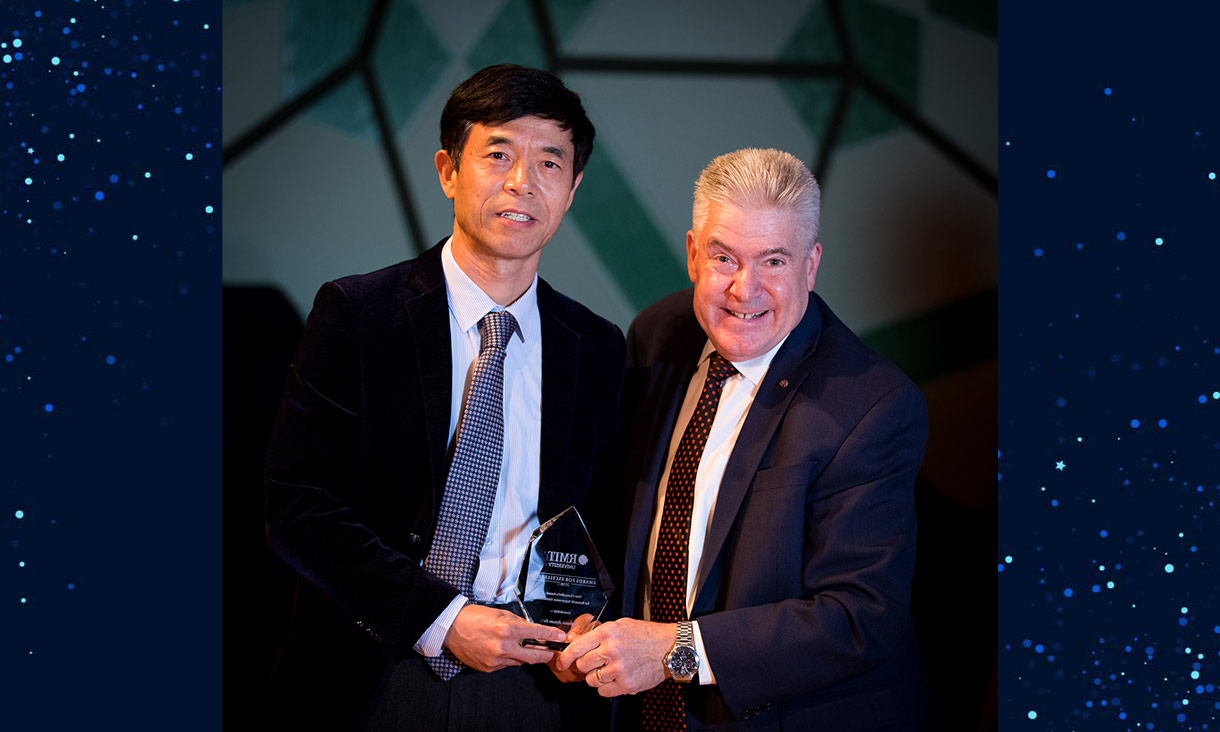