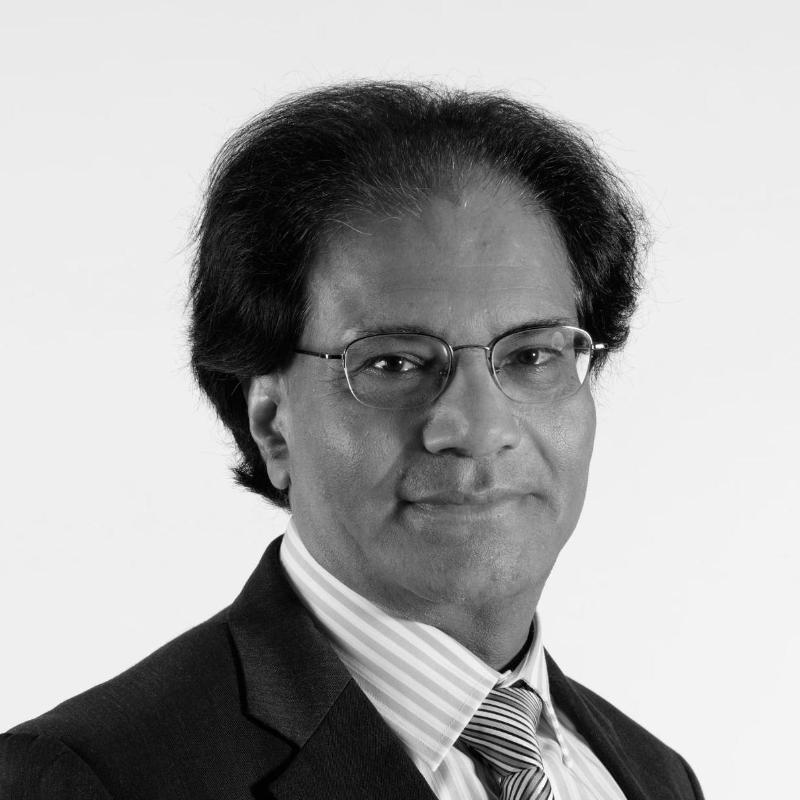 STEM College | Office of the DVC

STEM College | Office of the DVC

Distinguished Professor Suresh Bhargava is a world-renowned interdisciplinary scientist with decades of leadership in academia and industry and a lifelong commitment to Australia’s relations with India.

In 1990, Professor Bhargava started at RMIT from scratch, where he established a state-of-the-art research centre that is now world-renowned as CAMIC. The centre has developed new products and technologies that benefit society and produced real-world graduates. Professor Bhargava has been an inspiring mentor to some of the greatest minds who have served at institutions such as Stanford and Oxford, as well as multinationals such as Alcoa, BHP Billiton and Rio Tinto. His service to produce the next generation of industry-ready scientists and engineers is exceptional. He has supervised more 60 PhDs with 100% employment rate.

He has authored/co-authored over 530 highly cited refereed journal articles, one book, 16 book chapters, 12 relevant patents, more than 150 keynote/ plenary lectures and is a solution provider to many industries. His h-index is 72, i-10 index 391 and RG score 51.84. His contributions to academia have been truly unrivalled. Holding distinguished professorships at top universities in 6 countries, he is an outstanding ambassador of Australian higher education around the world.

Professor Bhargava’s advice is also in demand far beyond RMIT including business & government leaders in India, China & Malaysia. In 2013, Professor Lord Bhattacharya, University of Warwick, UK invited him as his advisor and to be a panel member for professorial recruitment. He has helped preserve and create jobs and transformed companies and individual lives in Australia. Classified as the topmost researcher in mercury pollution control, his achievements are well recognised in the Australian resources sector.

He has always had a lifelong commitment in connecting India and Australia. Through advisory roles with Australian PMs, Premiers and Governors on Indo-Australian relations, he has been a founding architect of the Australia-India Strategic Research Fund. Recently, he developed an award-winning Global PhD program connecting RMIT with 39 national CSIR research laboratories of India, providing a platform for nurturing high-quality, globally agile PhD students through collaborative research and international engagement.

As a winner of some of the most prestigious awards in engineering, including the ‘CHEMECA medal’, he is the first RMIT researcher ever to receive the RMIT University Vice-Chancellor’s Research Excellence Award twice. He was also honoured in 2014 with the ‘P.C. Ray Chair’ by the Indian National Science Academy. This award is one of India’s most prestigious honours to a foreign scientist including the noble laureates. He received Honoris Causa D.Sc. Degree from Rajasthan University, presented by the President of India. An inspirational figure to many, he pushed at boundaries and developed innovative ways for how universities should work with industry, creating jobs and changing lives.

His industrial consultations include:

Novel, and Highly Efficient Strategy for the Green Synthesis of Soluble Graphene by Aqueous Polyphenol Extracts of Eucalyptus Bark and Its Applications in High-Performance Supercapacitors

Distinguished Professor Bhargava’s patented and licensed mercury sensor technology is the product of one of his major scientific breakthroughs in the field of electrochemistry and nanotechnology. Professor Bhargava devised a novel galvanic replacement method which allows some of the most precise manipulation and construction of gold nanostructures yet invented, thus unravelling new territories at the boundaries of nanotechnology, electrochemistry and electronic engineering.

The result of applying this research is a mercury sensor that can protect societies from this harmful neurotoxin. The impact of this work has been enormous and has been broadly covered by media. Supported by Alcoa and BHBP, this patented technology has been tested successfully on industrial effluents from Alumina refineries and has been licensed for commercialization. 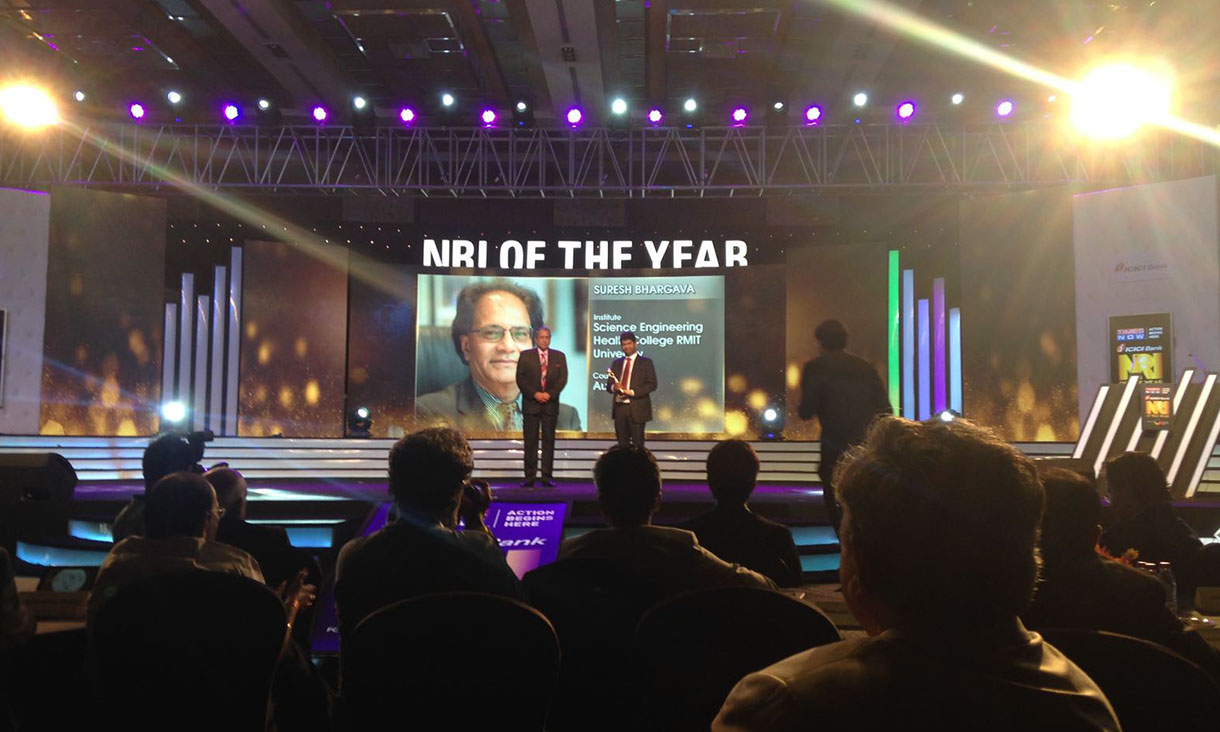 Non-Resident of India (NRI) of the Year Award; category: Academics

CI Bhargava is among the top 1% recipients of the most competitive and collaborative research grants at RMIT University in both number and value (>$30 million over the last 20 years) from various sources including the ARC, AISRF, industry and CRC-P.

Patented anti-cancer research from CAMIC’s Molecular Engineering Group “Potent and selective cytotoxic and anti-inflammatory gold (III) compounds containing cyclometallated phosphine sulfide ligands” was covered on more than 240 media and online outlets around the globe, including AAAS potentially reaching up to 176 million people. According to RMIT’s media team, the total average value of the media coverage received for this research was worth $1,642,900 AUD.

A cost-saving and eco-friendly method to produce graphene from eucalyptus bark extract was developed by CAMIC researchers in collaboration with National Institute of Technology Warrangal, received media exposure: