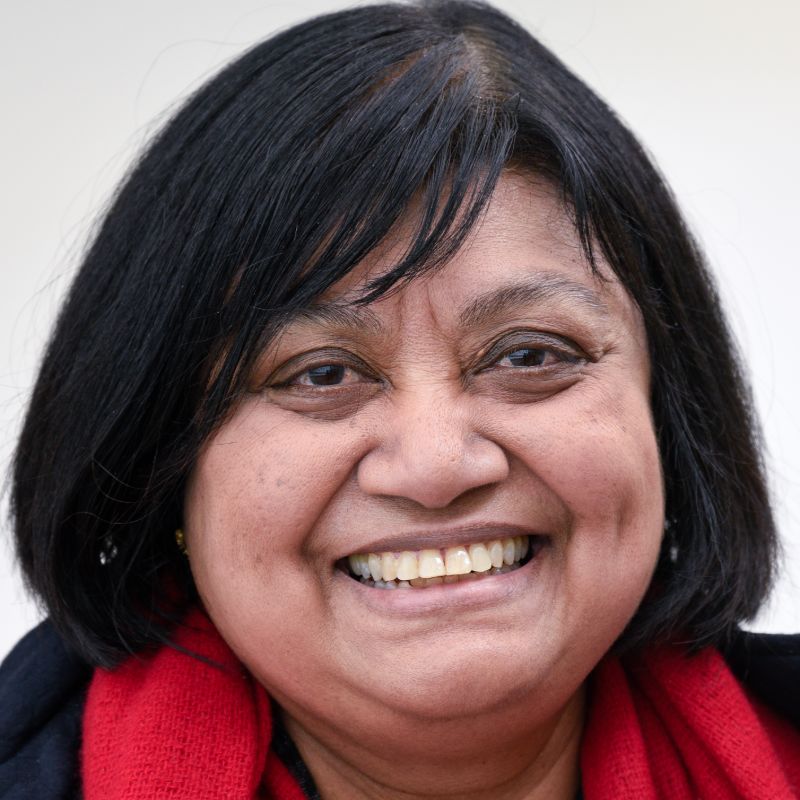 Professor Dayanthi Nugegoda is an ecotoxicologist who has investigated the effects of toxicants and anthropogenic activities and resulting pollution, on native species, and ecosystems, for over 25 years.

She is passionate about diversity and inclusion in Higher Education and an advocate for females in STEMM.

Her group has developed novel methods to assess monitor and evaluate the effect of toxicants and other environmental stressors on aquatic organisms, and ecosystems including trace metals, pesticides, endocrine disrupting chemicals cyanobacterial toxins; salinisation of freshwater systems, and ocean acidification and plastics on biota from rotifers to seabirds and marine mammals. She has with her collaborators, raised over $10 million research grant income with an associated additional $3.4 million industry support for research in ecotoxicology and environmental biology.

In 2018, she set up the Aquatic Prevention Pollution Partnership at RMIT with a $5 million grant from Melbourne Water. Prof. Nugegoda has trained many Australasian researchers in Ecotoxicology, graduating 30 PhD and 5 MSc research candidates; and supervised 12 Postdoctoral Fellows. She now supervises 14 PhD candidates (10 as senior supervisor).

Professor Nugegoda contributed expert opinion on the environmental impacts of Coal Seam Gas and Large Coal Mining as an appointed member (2012-2014) of the Independent Expert Scientific Panel to the Minister of Environment; on pesticides to the Forest Stewardship Council (FSC) of Australia, on ecotoxicology to The New South Wales Environment Trust; The Research Councils of Hongkong, South Africa, Norway, France, Croatia and the Netherlands; The OECD Validation Management Group for Ecotoxicity Tests (VMG-eco); The SETAC Global Bioaccumulation Advisory Group and Animal Alternatives Advisory Group and to the Australian Shipowners Association.

In 2015, she served on the Scientific Reference Panel for Onshore Natural Gas and Water for the State of Victoria and was re-appointed to the Science Panel for the Victorian Coastal Council.

In 2017, she was invited by the Lead Scientist of Victoria to join the Scientific Reference Group for Onshore Conventional Gas until 2020.

In 2018, with Vin Pettigrove, she set up the $5 million Aquatic Pollution Prevention Partnership with Melbourne Water to evaluate and minimise pollutants.

Prof. Nugegoda and her group has developed novel methods to assess monitor and evaluate the effect of toxicants and other environmental stressors on aquatic organisms, and ecosystems including trace metals, pesticides, endocrine disrupting chemicals cyanobacterial toxins; salinisation of freshwater systems, ocean acidification and plastics on biota from rotifers to seabirds and marine mammals.

Foaming at the mouth: Ingestion of floral foam microplastics by aquatic animals

Effects of environmental chemicals on fish thyroid function: Implications for fisheries and aquaculture in Australia

Preserving Freshwater Biodiversity: Predictions to manage the effects of suspended salinity and sediments, $800,000 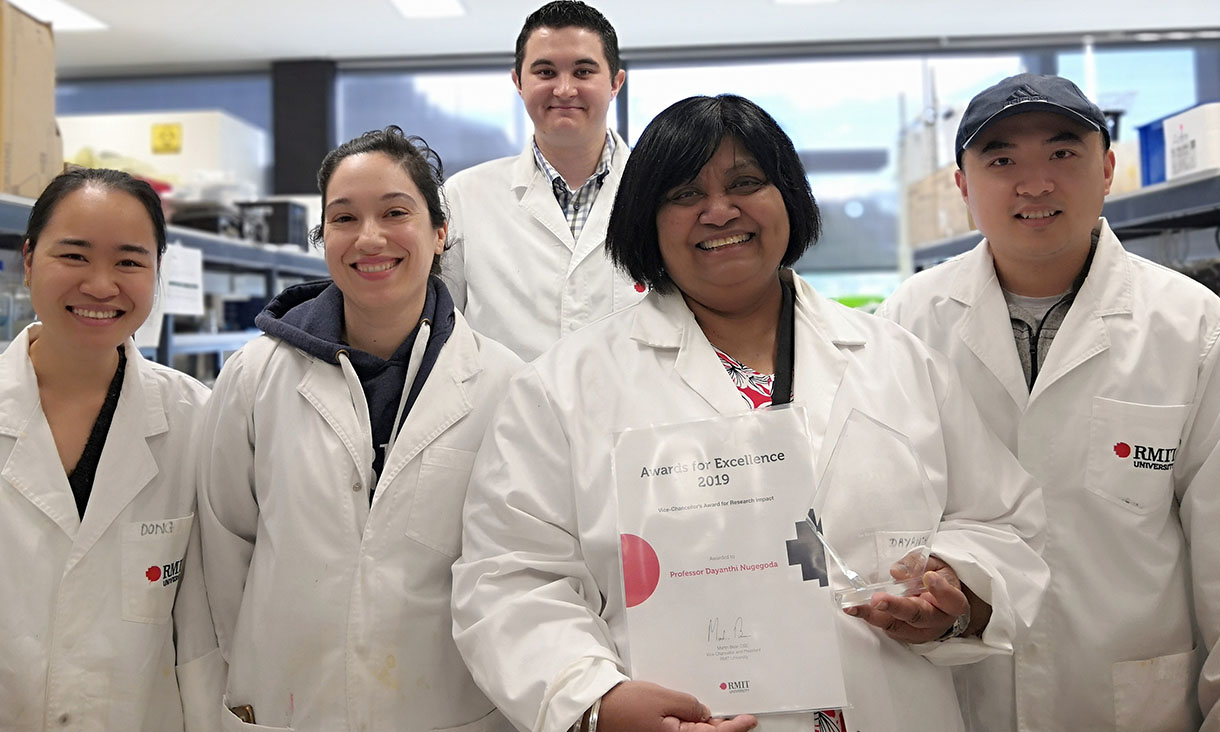 Dayanthi was elected President of the Society for Environmental Toxicology and Chemistry (SETAC) Australasia 2011–2013.