For students commencing an engineering degree at RMIT; worth $7,000.

This scholarship pays $7,000 per year for up to four years.

To be eligible for this Scholarship you must: 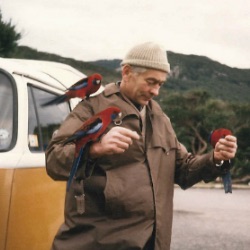 Mario G Sartori migrated to Australia from Italy when he was twenty, after a childhood in Croatia. He worked as a fitter and turner, graduating to toolmaker, and later completed a Die Design course at RMIT University. Mario found great enjoyment in his career and in his retirement spent much time in his workshop making machinery and steam engine models.

Mario, like his parents before him, believed in the value of education and he encouraged others to obtain formal education and qualifications. His wife Yvonne, also an RMIT graduate, created the Sartori Memorial Scholarship as a tribute to Mario and to provide support and encouragement to Engineering students at RMIT.

Quotes from past recipients:

"This scholarship has allowed me to spend more time studying as I don't have to have part time work. This has relieved the financial stress I would have had in keeping up with accommodation and daily expenses while still studying to the best of my ability." - Associate Degree in Engineering Technology