For students commencing a bachelor program in fashion (design) or textile design; worth up to $7000

The scholarship provides $7000 per year for the:

This scholarship will next be on offer for 2024. Applications are expected to open in August 2023. 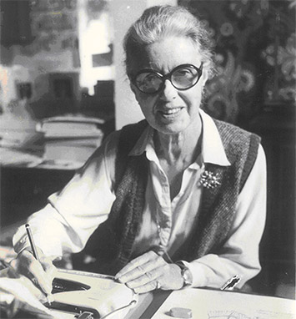 This scholarship is made possible by a generous bequeathment from the Marion Fletcher family. Marion Fletcher, a distinguished designer, teacher, historian and curator was born in Dalkeith, Scotland in 1910. After a successful teaching career in art, Ms Fletcher emigrated from the United Kingdom, settling in Melbourne, Australia in 1947, where she joined a textile designer producing designs for business.

In 1950, Ms Fletcher was appointed as a teacher in the School of Applied Art at the Melbourne Technical College (RMIT University). Her academic career combined practice and theory along with a dedication to innovation and excellence. A key facet of her academic career was research publications. Ms Fletcher continued to publish historical research books into the late 1980s, despite retiring in 1972.

Throughout her career, Ms Fletcher continued to expand her skills as a designer, exhibiting work locally and internationally, while maintaining strong connections with the local artisan community. Ms Fletcher had extensive involvement with the National Gallery of Victoria, serving on committees, as a curator and culminating in an appointment as an Honorary Advisor and Life Member of the gallery.

Marion Fletcher exhibited the qualities and characteristics that RMIT prizes in its students, a dedication to academic learning while enhancing professional skills and abilities.

Only successful candidates will be notified via their RMIT student email account by 31 March 2020. If you have not received an offer by 31 March 2020, your application has been unsuccessful.